Preston North End welcome West Brom to the Deepdale Stadium for matchday 8 of the 2021-22 Championship season. West Brom are just a point behind table leaders Fulham.

Preston forced a well-earned 2-2 draw with Sheffield United courtesy of a goal in injury time by Emil Riis. West Brom failed to find the back of the net despite dominating the home game against Derby County at the Hawthorns and the match finished as a goalless draw.

West Brom may have failed to score against Derby, but the chances created by the team will give them enough confidence. The Deepdale Stadium has been a ground that has not posed many problems for the Baggies in the past. In fact, West Broms have picked up wins in the last two trips to this stadium.

The recent game against Derby County may have seen West Brom failed to score for the first time in the league this season, but it was not down to a lack of chances. Preston have also been in good scoring touch so far this season and they have failed to score only once in the last four league matches.

Preston have not scored in the last two matches against West Brom. They will be looking to put this record straight – backed by their home form – this time around. Since being thrashed 5-0 by Brentford back in April, Preston have come up with at least a goal in the last five matches at home. West Brom have also been in spectacular scoring form even if they do not get any goal against Derby.

Preston vs West Brom: Can the baggies extend their unbeaten run?

Preston will be hoping to become the first team to stop West Brom from continuing their unbeaten run. Frankie McAvoy has seen his team come up with some good performances at the Deepdale Stadium, where Preston stand the highest chance of being able to pick up the bulk of the points.

The baggies are one of the two teams in the division – one with being the other – to have not suffered a defeat in the campaign after seven match days. After starting the season with goals being conceded at an alarming rate, West Brom have started to plug the holes at the back. Rico Richards is the only player injured for West Brom.

Top Odds, Figures, and Stats for Preston vs West Brom 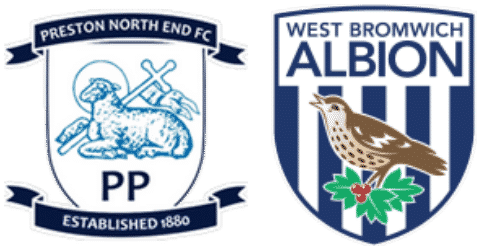 Where is the match scheduled? Deepdale Stadium

Which team is the favourite to win? West Brom