Not only did Preston win their first game of the league season but they followed it up with a cup win in midweek. Can they make it three on the bounce as they host Swansea? Find out with our Preston vs Swansea match preview with free tips, predictions and odds mentioned along the way.

Preston vs Swansea: Our top tips

Preston sit in a lowly 20th in the Championship table but have at least collected a win now courtesy of their 1-0 victory over Peterborough last weekend. That was followed up with a 4-2 win over Morecambe in the week, which will be a big confidence boost. Weirdly though, we think that might suit Swansea. Swansea are in the process of getting to grips with a new mangers demands and, after teething problems, are now on a run that has seen just one defeat in five. With Preston's monkey off the back, it's possible they're a tad more adventurous and that will suit Swansea.

Preston to fluff their lines

Our first prediction backs Swansea to win and here we turn the heat up as we back Preston to blank in the process. They've only scored three goals in their four league matches to date. Swansea meanwhile have recorded three clean sheets in their past five. On top of that, the Preston vs Swansea fixture ended in a 1-0 away win last season.

Cup hero to get league chance

Our final tip is a goal scorer prediction, which is always one of the more ambitious markets to dip your toes in and we're taking that to another level by backing Morgan Whittaker. The 20-year-old forward has only played 43 minutes of league football so far but he was sensational in midweek. Whittaker scored an 11 minute hat-trick against Plymouth and could come into his gaffers thoughts even if it's from the bench.

Betting odds and key stats for Preston vs Swansea

Since the start of the campaign Swansea have been very much a work in progress but the signs of positivity have always been present with the style they're trying to play. After losing just one of their last five matches – winning three – the green shoots are definitely starting to grow. Joel Latibeaudiere has started every match for the Swans and will play a big role if his team are to win. Preston's season started in pretty atrocious fashion but, like Swansea, they've won two on the bounce albeit only beating teams you'd expect them to beat. If they're to get any result here they'll need Scott Sinclair on song whilst cup hero Emil Riis could feature.

The final word ahead of Preston vs Swansea 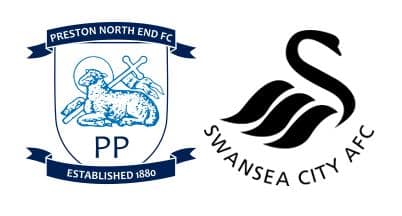