QPR are on a turgid run of form right now and their playoff dream is hanging by a thread. Can they keep it alive with three points here? Find out with our Preston vs QPR match preview with free tips, predictions and odds mentioned along the way.

Preston might be ‘on the beach' with their season already over in terms of what they can achieve but they beat their rivals, Blackpool, last time out, which means they're unbeaten in three home games having won the last two and drawn one. QPR meanwhile have been in an awful run of form; they've lost each of their last four games and have won just one of their last seven away games. They've lost the other six.

Our second prediction for this match is that at least one side will fail to score. Where Preston are concerned their last four games have seen a clean sheet for at least one team whilst QPR have failed to score in each of their last two games. The other factor to consider is what happened in this fixture last season; it ended goalless.

Here are the key stats & form guide for Preston vs QPR

Preston vs QPR: Let's look at the predicted lineups

Preston's season has looked like ending in a midtable finish for a long time now. What didn't look like that was QPR's campaign a couple of months back. The wheels might not be off just yet but they're pretty wobbly and it's getting towards ‘must win' time for them in their ambition to finish in the top six.

Preston's season has long been destined to end in nothingness but they did grab a derby win over Blackpool last time out, which means there will be a feel good factor around Deepdale as they welcome QPR. Their ambitions will be to end the season on a high.

QPR are doing their best to miss out on the Championship top six right now as they find themselves down in ninth and three points off the playoffs having played more games than Middlesbrough in sixth. Another defeat here would potentially make the gap too big to close with games running out.

A quickfire FAQ on Preston vs QPR 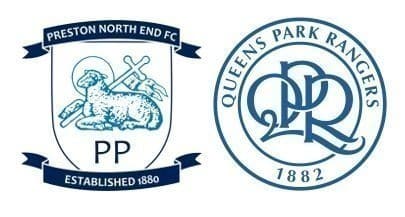