After a tough start to life back in the Championship, Peterborough have started to turn a corner. Preston need to – and soon. Can they start that turn here? Find out with our Preston vs Peterborough match preview with free tips, predictions and odds mentioned along the way.

Preston vs Peterborough: Our betting picks

Peterborough have won just two of their last five away games but we're still making the prediction that they beat Preston at Deepdale on Saturday. Preston have won just two of their last 10 matches with six losses in that time three of those defeats coming in their three opening games this season leaving them pointless. Peterborough meanwhile suffered a big defeat on opening day before being sent packing in the League Cup but they've come back swinging with four points from their next two league games. The goals are flowing for them now and that will be the difference when they meet Preston.

We've just touched on the Peterborough goals starting to flow and that is pivotal to this prediction. Peterborough have seen over 2.5 goals in each of their last five games with a game average of 3.8. Preston's form on the total goals front isn't quite as convincing but it's definitely strong enough to support an over 2.5 bet; four of their last five have exceeded the two goal mark with a game average of 3.4.

During the first couple of matches of the season there were question marks over where the Peterborough goals were going to come from with the team looking a tad powderpuff in front of goal. People aren't saying that anymore with the side having scored seven goals across their last three; a big part of that change has been the return to fitness of Siriki Dembele; he's scored in back to back matches and it wouldn't be a huge shock to see him net again.

The best odds, stats and more for Preston vs Peterborough

Preston to lose once again

The season might only be three games old but Preston will rightly be concerned by the fact they're yet to collect a single point. The fact of the matter is that they're conceding too many goals and not scoring enough. Given that Peterborough are riding the high of a few back to back results that might not bode too well. In Dembele and Jonson Clarke-Harris Posh should have the attacking talent to threaten Preston at the back. It will be up to the likes of Ched Evans and Scott Sinclair to make sure Preston can give as good as they get.

Pre-match questions on Preston vs Peterborough 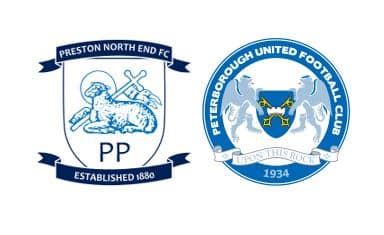