A win for Fulham here would secure their place back in the English top flight. Can they get that win? Find out with our Fulham vs Preston match preview with free tips, predictions and odds mentioned along the way.

Fulham to win with both teams scoring

Although Preston have been playing well recently, they tend to fall short whenever they play against Fulham; Ryan Lowe's men won just one of the last nine encounters between these sides, with three draws and five losses, and even that win was at home. On the other hand, Fulham have been one of the best home teams in the league; they lost just four times in 20 home games, with 12 wins and four draws. Additionally, both teams scored in eight of the last nine meetings between Fulham and Preston; and for this reason, we believe that Fulham will win, and Preston will find the net.

Fulham have been by far the highest-scoring team in the Championship; they've scored at least 33 more goals than any other team in the league. Marco Silva's men have been very consistent when it comes to scoring goals; as they've done so in 19 of their last 20 games. Similarly, Preston have scored their fair share of goals recently, they scored in all of their last three games. We've already mentioned that eight of the last nine clashes between these teams saw both teams scoring; we would also like to point out that six of those games went above the 2.5 goal mark. On that note, we should expect some goals here.

Here are the key stats & form guide for Fulham vs Preston

Fulham vs Preston: Let's look at the predicted lineups

To suggest Preston have little to play for might be true but they'll be keen to ensure they finish the campaign strongly with the top half the lowest they should be aiming. As for Fulham, they're going to win promotion; a win here would confirm that.

Fulham have had a couple of disappointing games recently; they are coming off back-to-back losses in the league for the first time this season. Marco Silva's men are still league leaders, although second-placed Bournemouth are nine points behind with a game in hand; Fulham will need to get back to winning ways if they intend to win the Championship title.

Preston have had a fairly decent run of form the past two weeks; they are unbeaten in their last three games, with two wins and a draw. Ryan Lowe's men will take on league leaders Fulham at Craven Cottage on Tuesday; they'll hope to extend their unbeaten run to four games.

A quickfire FAQ on Fulham vs Preston 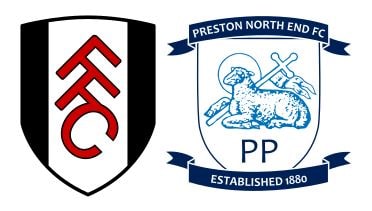