Has sacking Mick McCarthy proved the right decision for Cardiff? Four points from nine isn't exactly amazing. Can they add to that tally of points here though? Find out with our Preston vs Cardiff match preview with free tips, predictions and odds mentioned along the way.

Preston vs Cardiff: A trio of free tips

We are going to call it; Preston will suffer just their second home defeat of the season on Saturday. Why do we think that exactly? Well, they've lost three of their last five games for starters, which is hardly a sign of great form. On top of that you have an improving Cardiff side to consider along with a head to head record that is heavily weighted in the direction of the away side; Cardiff have won the last three meetings between the two sides with a draw prior to that. You're looking at 2017 for the last Preston win!

Our next tip for this match between Preston and Cardiff is that at least one team will fail to score. Preston have only seen both teams score in one of their last five games; in that period Preston have failed to find the net on three occasions whilst keeping a clean sheet in one match. Cardiff aren't exactly the great entertainers either; two of their last five have seen goals at both ends of the field but they have blanked in three. Then you can look to the head to head history; four of five – including the last two – have seen at least one team fail to score. In those four games, Preston have blanked three times with Cardiff blanking twice.

Our final tip sees us back Kieffer Moore to score anytime. The Welshman scored 20 goals last season but his lack of form was a big part of what saw Mick McCarthy lose his job. Since McCarthy has gone though Moore has started to fire again. Heading into this match Moore has scored three goals in his last three games for Cardiff plus he notched a huge goal for Wales during the international break against Belgium.

Find the best odds for Preston vs Cardiff

Cardiff's form was horrific under Mick McCarthy and whilst the change hasn't seen the world change they do look harder to beat; they also carry more of a goal threat with Kieffer Moore back ‘at it'. Preston aren't pulling up any trees either but despite sitting in 17th they're still close to the top six than the bottom three. Emil Riis knows where the goal is and with several players out injured they could aim to be shooting higher as they come back to fitness.

FAQ on Preston vs Cardiff 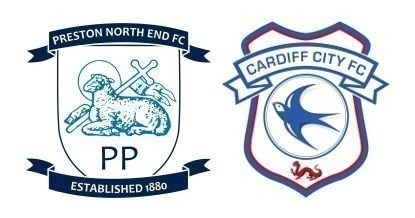