Preston vs Bournemouth: Check out our betting tips

Bournemouth remain firmly in the race for the Championship title. Will they grab three points here to keep the heat on Fulham? Find out with our Preston vs Bournemouth match preview with free tips, predictions and odds mentioned along the way.

Preston are a tough team to beat as can be seen from the fact they've only lost one of their last nine matches. The big trouble they have, however, is that they struggle to win games too. In their last nine matches they've lost one, won three and drawn five. Despite all that, Bournemouth are a bit of a winning machine with four wins in their last five matches. With lots at stake for the Cherries, we think we'll see them turn up and take maximum points as a result.

Our next tip for this match is that we'll see at least three goals with the bet being placed in the over/under goals market. Preston have seen three of their last five home matches go over the 2.5 mark; their game average in that time is 2.6. Bournemouth's record is similar. The Cherries have gone over 2.5 in three of their last five away games with a game average of 2.8. On top of that, the head to head history screams of goals. Four of the last five h2h clashes have gone over 2.5 goals with a rather staggering average of 4.0 per match.

Here are the key stats & form guide for Preston vs Bournemouth

Bournemouth and Preston might be having very different campaigns with one gunning for promotion and the other day in mid table but neither loses many games so it should be an intriguing encounter.

Preston fans must look at their side and think how close they are to being a force in the Championship. The trouble is, they're also nowhere near competing to get into the Premier League. It certainly won't happen this season. A win here give them some belief for next season though.

Bournemouth are nailed on for promotion right now and, if they win games in hand, will take the title battle down to the very wire. Preston have already beaten the Cherries once this year though so Scott Parker will be keen to avoid being doubled. 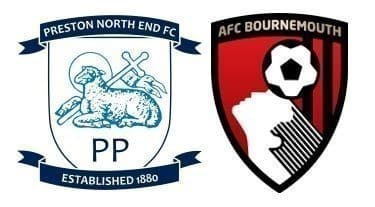