Preston and Blackpool are locked in midtable with this match very much a dead rubber. Who will win turn up to take three points? Find out with our Preston vs Blackpool match preview with free tips, predictions and odds mentioned along the way.

Banking on a lack of goals

We've mentioned that Preston have struggled to win games recently; we would also like to point out that they have also found it difficult to score goals. Ryan Lowe's men did not score a single goal in their last three games. As a result of their lack of goals, Preston's games tend to be on the low-scoring side; four of their last six games went below the 2.5 goal line, with three of those games going under 1.5. Moreover, we would like to mention that Blackpool kept three clean sheets in their last four games; three of their last four games saw less than two goals scored. Additionally, clashes between these sides have not produced a lot of goals; all of their last five meetings went under 2.5. On that note, we shouldn't expect a lot of goals here.

Here are the key stats & form guide for Preston vs Blackpool

Preston vs Blackpool: Let's look at the predicted lineups

Tom Finney and Stanley Matthews won't be taking to the pitch as these two lock horns but there will still be sparks flying as the two do battle for pride. After all, they have nothing else to play for.

Things have not gone too well for Preston the past couple of months; they are coming off back-to-back losses, and have won just one of their last seven games. Preston North End will welcome Blackpool to the Deepdale Stadium on Tuesday; they'll hope to put an end to their rotting streak.

Blackpool are coming off a 4:1 loss against Nottingham Forest; prior to that loss, they had no losses in four games, with three wins and a draw. Neil Critchley's men will hope to bounce back from that loss by defeating Preston.

A quickfire FAQ on Preston vs Blackpool 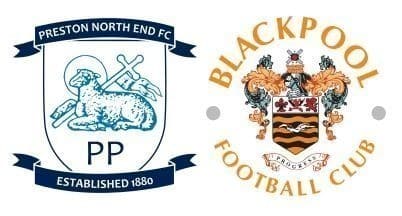