Preston are well clear of relegation danger but that wasn't enough for the club hierarchy who have decided to change manager. Will that see a reaction as they face Barnsley? Find out with our Preston vs Barnsley match preview with free tips, predictions and odds mentioned along the way.

Preston vs Barnsley: Our top predictions

Preston's form hasn't been great of late but they've wasted no time in changing manager with Ryan Lowe coming in to replace Frankie McAvoy. That should give the hosts a boost ahead of this game whilst their own poor run is still superior to that form offered up by a Barnsley side that have won just one of their past 19 games. On top of that, Preston have only lost to Barnsley once in the last five meetings having won three and drawn one of the other four. That means the home side have the crowd on their side, a better head to head record, better recent form and, to cap it all off, potentially a new manager bounce too; they'll win this game.

Our next tip for this game is from the total goals market as we opt for over 2.5 goals. Why? Well, pretty simply because it offers value with the stats largely teetering towards level. Preston have gone over 2.5 goals in three of their last five games whilst Barnsley have broken the 2.5 mark in two of their last three away games. The final thing to look at is the head to head record; three of the last four meetings have seen at least three goals. With the new manager coming in, Preston might be slightly more adventurous too.

Despite our previous prediction that we'll see a fair few goals, we are not convinced the goals will be shared between both sides. Two of Preston's last four home games have seen at least one side failing to score with Barnsley blanking in three of their last five games. The last meeting between the two sides, which was at Deepdale back in May, ended with Barnsley failing to score. Will we see a repeat of that outcome here? It's certainly possible.

All the stats & odds for Preston vs Barnsley

There is no denying that the most talked about subject heading into this match will be the new man at Preston's helm. Ryan Lowe will have a job to do too much other than take his side to mid table but if he can get Emil Riis during, things should be much more enjoyable if nothing else. Barnsley meanwhile are in big trouble; they have just two wins all season and sit eight points from safety. Their top scorer, Cauley Woodrow, hasn't scored since September.

The final word on Preston vs Barnsley 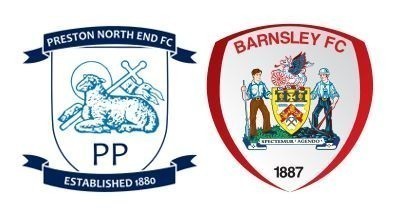