Preston North End and Hull City go head-to-head for three points in the Championship on Saturday, August 6th. The Tigers are aiming to claw their way to six points from six. Read our free predictions and find the latest odds for the fixture below in our detailed match preview.

Can Hull win at Deepdale for the second year running when they travel to Preston on Saturday? Read our top predictions for this weekend’s fixture below.

Hull snatched the latest of late victories against Bristol City last weekend and with a fresh injection of confidence coursing through them, the Tigers should be a dangerous animal at Deepdale on Saturday. Preston were toppled 4-1 by Hull when the teams last met at that venue and North End failed to convince in their 0-0 draw at Wigan on the opening day of the new campaign. The wind is with Hull here and they look under-priced in the double chance market.

Preston are generally reliable goal-getters at Deepdale where they have rattled the net at least once in 13 of their last 15 Championship assignments. North End swapped goals with Hull when the Tigers last visited around this time last year and when you consider that City managed to register in six of their final nine away matches last term, backing both teams to get on the scoresheet on Saturday seems like the sensible choice.

View our list of the best stats for Saturday’s fixture below alongside a tool to help you choose the best odds.

Read all of the latest injury updates and team news Saturday’s Championship match between Preston North Ends and Hull City below.

Ched Evans is suspended for Preston this weekend after he was given his marching orders late on against Wigan last time out. Sean Maguire is working his way back from a muscle issue, though the Irish attacker won't be able to feature against Hull City.

Billy Chadwick is making steady progress as he targets a return from an ACL injury, though the defender won't be ready to play this weekend. Hull scored a 94th minute winner to beat Bristol City last week and manager Shota Arveladze could keep faith with the same set of heroic players on Saturday. 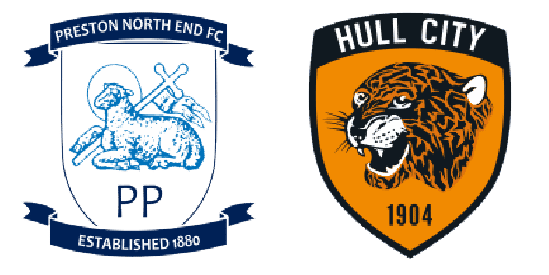 Preston are the bookies’ favourites to prevail this weekend.

Who is Hull City’s manager?

Georgian Shota Arveladze is in the dugout at Hull City at present.