Premier League spending is once again expected to reach obscene levels this summer. The division's best will spend big to protect their status while the chasing pack dip into their deep pockets in hope of narrowing the gap.

There will also need to be some cash spent on rectifying the wrongs of last year's bad buys. Although there was some very savvy spending done by many Premier League club's last summer, there was inevitably a collection of stinking signings, too.

Here, we pick out the seven worst signings of the 2018/19 Premier League season.

There was sound logic behind Arsenal‘s loan signing of Suárez from Barcelona in January.

The midfielder was well-known to manager Unai Emery, the pair having worked together previously to great effect at Sevilla, and, starved of game time at the Camp Nou, Suárez was a high-calibre player desperate for an opportunity.

With Aaron Ramsey joining Juventus on a free this summer, there was a chance for Suárez to secure a permanent switch to the Emirates if he impressed during his temporary stay in England.

Instead, he will return to Barcelona and likely be searching for another club ahead of next season.

Previously wanted by Manchester City and a standout performer in the Champions League with Shakhtar Donetsk last season, Fred's under-performance since joining Manchester United last summer, in fairness to him, could be explained in large part by the club's turmoil. 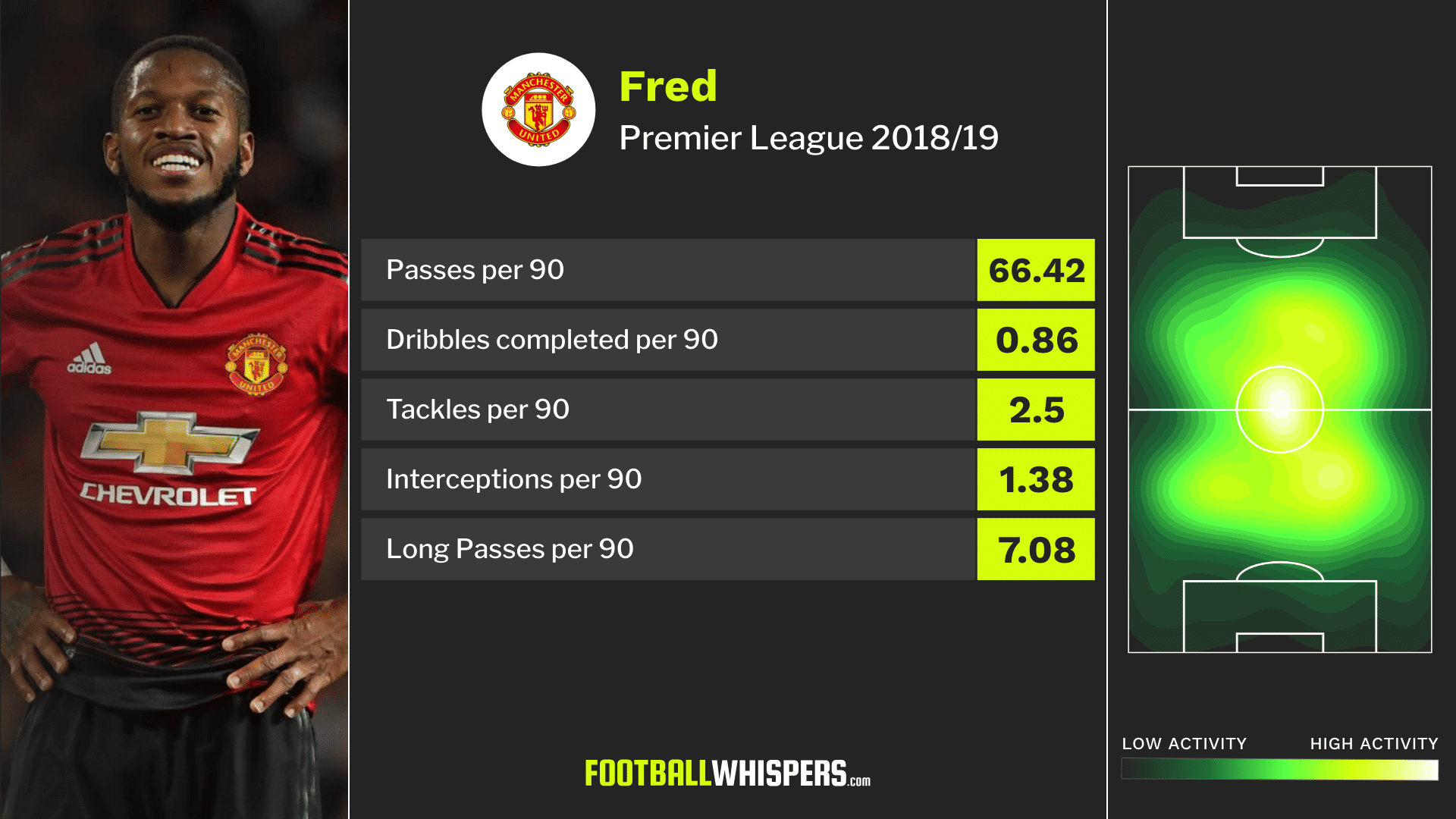 Signed by José Mourinho for £47million, making him the fourth-most-expensive buy in United's history, the Red Devils system switching, manager ditching and overall uncertainty have made it difficult for the Brazilian to settle.

Still, his apparent tactical nativity and regular recklessness in possession cannot entirely be put down to his surroundings.

Fred might yet come good, but he's got a lot left to prove.

Seen as somewhat of a coup when Chelsea nabbed him on a season-long loan from Real Madrid, Kovačić has fallen some way short of expectations at Stamford Bridge this season.

It's been a strange campaign for the Blues, one that has seen them reclaim a place in the top four and may yet see them triumph in the Europa League. Yet Maurizio Sarri hasn't ever really been able to implement his unique playing style, and Kovačić, with no goals and just two assists in all competitions, has offered little.

The 25-year-old Croatian midfielder was wanted by Liverpool previously and is now reportedly attracting interest from Bayern Munich, but Chelsea fans might wonder why the former Inter Milan man is still so prized by Europe's best.

With 21 goals and 12 assists from the wing for AZ in the Eredivisie last season, Iran international Jahanbakhsh had attracted the attention of scouts from some of the continent's biggest clubs.
So eyebrows were raised when it was Brighton & Hove Albion who won the race for the 25-year-old's signature last summer, forking out a club-record £17million.
But Jahanbakhsh's Dutch scoring touch has not translated into Premier League football, with the Brighton man having failed to find the net all season – he hasn't so much as provided an assist in 19 league outings to date.

A £3.5million signing from Manchester City, Joe Hart's move to Burnley last summer always seemed an odd one given the Clarets already possessed two England international goalkeepers in Nick Pope and Tom Heaton.
Hart began the season between the sticks for Sean Dyche's men, and his presence just happened to coincide with a disastrous run for the Turf Moor club, taking just twelve points from their opening 19 games.
Then Heaton was restored to the line-up and Burnley's fortunes dramatically improved, pulling clear of the relegation battle. Hart hasn't been seen in first-team action since December.

Fulham will return to the Championship with the unwanted distinction of having spent more money this season than any relegated club in history.
Most of the players acquired in their £100million-plus summer splurge could be added to this list, but there has been no greater waste of money at Craven Cottage than the club-record £30million signing of Anguissa from Marseille.
The 23-year-old defensive midfielder has offered zero protection to the Whites' leaky backline and has been the subject of fans' ire for his lack of positional awareness and energy.

Another Fulham recruit worthy of mention on this list is French defender Le Marchand, signed from Nice alongside former Barcelona target Jean Michaël Seri.
Whether at centre-back or left-back, Le Marchand's incompetent performances have contributed to Fulham owning the worst defensive record in the Premier League this season, having shipped 77 goals with one game left to play.