Injury and and the blossoming partnership between Gerard Piqué and Clement Lenglet have restricted Samuel Umtiti to just eight La Liga starts for Barcelona this season.

After starring for France as Les Bleus lifted the World Cup last summer, the former Lyon captain's stock was higher than ever, widely hailed as one of the best centre-backs in the world.

Less than a year on, the 25-year-old is being linked with a move away from the Camp Nou, and if Barça let Umtiti go, the Premier League's best should be ready to pounce.

Reports in Spain suggest the Cameroon-born defender's Barcelona future is far from certain beyond the summer, and that Manchester United and Arsenal are interested in signing him.

It's been less than a year since Umtiti penned a new long-term contract with the Catalan club, increasing his release clause to €500million, so talk of a Premier League move may seem fanciful. 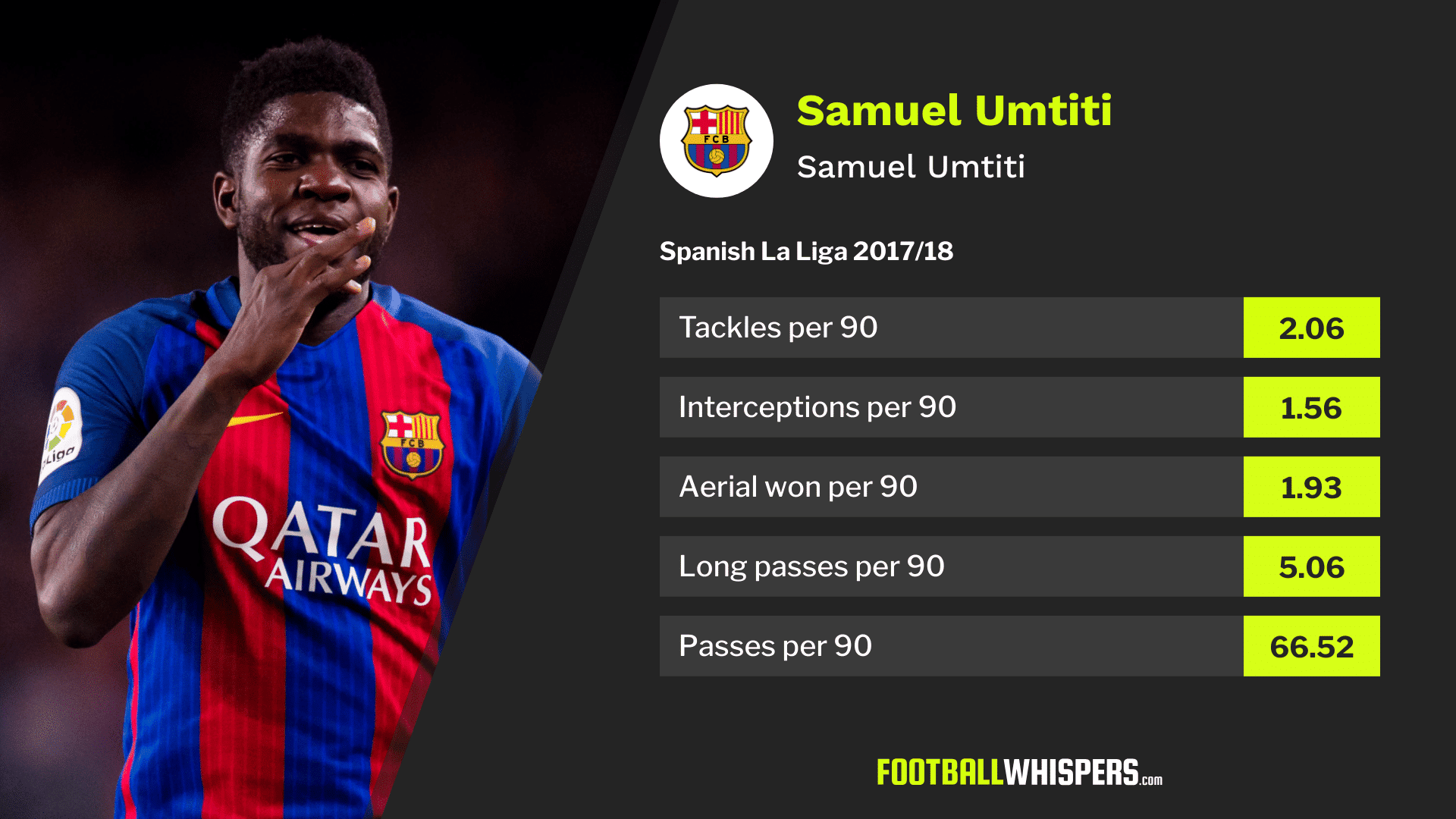 But Barcelona – who are planning major moves in the transfer market this summer, having already secured the €75million signing of Frenkie de Jong from Ajax – are already creaking under the weight of their wage bill and will likely need to make a few choice sales in order to fund further purchases.

It must also be noted that Barça are believed to list De Jong's Ajax colleague Matthijs de Ligt, considered the best young centre-back in Europe, as a top target, while Jean-Clair Todibo has also been signed from Toulouse to further bolster their options in the position.

Umtiti, then, could well find himself surplus to requirements.

Barcelona's willingness to sell should not deter potential suitors from making a move for Umtiti, though. Despite a difficult 2018/19 campaign, the 29-cap Les Bleus star is a defender of the highest calibre.

Blessed with tremendous recovery pace and strong in the air despite standing a shade under 6ft, Umtiti times his challenges well and can astutely anticipate play to intercept and cleanly thwart opposition attacks.

And, as is a prerequisite of the best modern centre-backs, he is outstanding in possession. The left-footer is able to conduct play from deep, averaging a 77.6 passes per 90 minutes in his first season with Barcelona and 66.5 last term, always maintaining a passing accuracy well above 90 per cent.

It's not as though these are short, safe, sideways passes, either; Umtiti specialises in being able to penetrate through the opposition's lines and locate team-mates in advanced positions.

Barcelona's ambition might dictate that the want a bigger name partnering Piqué at the centre of their defence next season, but they will struggle to find a better defender than Umtiti.

Barça's loss would likely be a Premier League club's gain.