The 2020-21 Premier League season is less than two weeks away and teams are scrambling to add quality to their squads. Although the gap between the end of the previous Premier League campaign and the new one is short, teams have up to Monday, October 5th to buy and sell players. Teams will want to get players in as quickly as possible to avoid a poor start to the new season.

Here is a look at some of the rumours and potential moves that could occur during the Premier League’s transfer window. Each has been scored out of five giving you an idea of which transfer story to keep an eye on. Perhaps it will be your club landing a match-winning player.

Here are today’s top 10 transfer rumours to watch out for.

Manchester United have been on the hunt for a creative player in midfield to play alongside Bruno Fernandes. It appears they have found their man in Ajax midfielder Donny van de Beek. The two clubs have agreed a £40 million transfer for the 23-year-old.

Van de Beek is now due to complete a medical and agree personal terms to complete the move. It should be finalised at some point this week, making the Dutchman available for the Red Devils’ season opener versus Crystal Palace. The transfer will cost Manchester United half of what it would have for Jack Grealish, and end the club’s pursuit of the Aston Villa captain.

Jose Mourinho continues to overhaul Tottenham Hotspur’s team. He has already added new blood to the side and is not done yet. Football Whispers understands that Bournemouth striker Joshua King could be the next player to join the London outfit.

King’s agent flew to London recently to meet with Spurs about a transfer. After being relegated to the EFL Championship, Bournemouth are ready to cash-in on the £30m striker.

Arsenal defender Rob Holding put in a solid performance versus Liverpool in the FA Community Shield, but it doesn’t look like Mikel Arteta will keep him around. Holding is on the verge of agreeing on a loan contract at Newcastle United as Steve Bruce seeks to improve his defensive options. 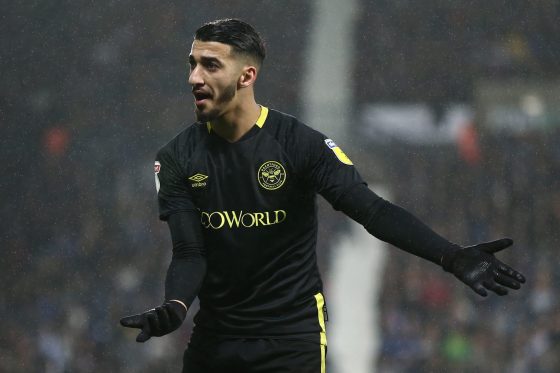 Arsenal forwards Pierre-Emerick Aubameyang and Alexandre Lacazette still have plenty of uncertainty around their futures. It has led the club to refocus on adding attacking talent and Brentford’s Said Benrahma ticks the boxes for manager Mikel Arteta.

Benrahma scored 17 goals and added nine assists in 46 EFL Championship games last term. He helped the Bees reach the playoff final where they lost to rival Fulham. The Gunners are ready to spend £25m to add Benrahma to the squad. Brentford are a selling club and will gladly part with the forward.

Newcastle United’s transfer business has been limited after a failed takeover this summer. The club are looking at loan signings and free transfers to strengthen the squad. It is understood that the Magpies are very interested in former Liverpool and Bournemouth winger Jordon Ibe.

Ibe was a promising young player at Liverpool but fell out of favour at Bournemouth not long after sealing a £15m move to the south coast. Ibe left Bournemouth at the end of last season after his contract ran out.

Reports indicate that Manchester United have enquired about a €30m transfer for Juventus winger Douglas Costa. The former Bayern Munich man is surplus to requirements in Turin and could link up with Marcus Rashford, Mason Greenwood, and Anthony Martial in an exciting attack at Old Trafford.

After missing out on Jadon Sancho, Costa is an alternative. He brings speed that would be an asset in the Premier League. Personal terms could be the stumbling block in getting a deal done, however. Costa earns £9.6m a season at Juventus. 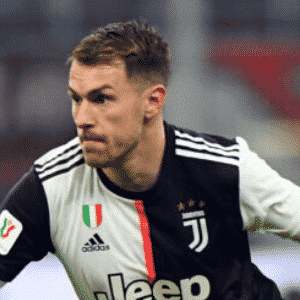 Aaron Ramsey’s dream move to Juventus didn’t go as planned. Injuries, form, and a full midfield limited Ramsey’s Serie A appearances to 24. He is now one of the players the Bianconeri are actively shopping and it is believed Everton are in line to sign the former Arsenal captain.

West Ham are also linked with Ramsey, but due to his experience playing in Italy, Everton manager Carlo Ancelotti is keen. Ramsey is unlikely to join another London club having such close ties to Arsenal.

Divock Origi was left out of Liverpool’s squad for the FA Community Shield against Arsenal fuelling speculation that he could leave the club. Last season was a step backwards for Origi as he struggled to score goals when given the chance.

Leeds United are linked with the Belgian, but a move for Origi is now on the backburner after the signing of Valencia’s Rodrigo Moreno. Marcelo Bielsa still needs to upgrade the squad and a late transfer for Origi could still be on the cards.

Ever since Liverpool won the Premier League title, they have been linked with Bayern Munich midfielder Thiago Alcantara. Rumours have continued to claim a “deal is done” or “Liverpool are ready to make an offer”. However, the Reds have continued to distance themselves from a transfer for the 29-year-old. The club have also claimed they are not in the market to spend big this summer.

The proposed £29m it would take to sign Thiago is unrealistic with the way Liverpool recruit players, especially for one that is nearly 30. Of course, a deal could go through if Liverpool first sell Georginio Wijnaldum. However, the Reds have shown a willingness to let a player’s contract run out rather than sell them in recent seasons. 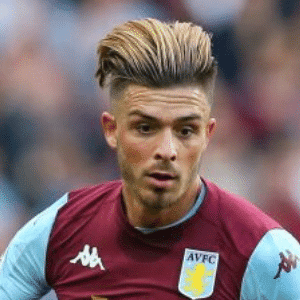 According to reports out of Birmingham, Aston Villa have given midfielder and captain Jack Grealish the “signal” to join Manchester United. The Red Devils were claimed to be admirers of Grealish through the 2019-20 season as he helped keep the Villains in the Premier League following promotion from the EFL Championship.

Despite Aston Villa being ready to sell, Manchester United have pumped the brakes on any deal. Aston Villa have valued Grealish at £80m, which has put off the Red Devils. Manchester United could lower the transfer price buy adding goalkeeper Dean Henderson to the deal. There is no question goalkeeping was a problem for Aston Villa last season.

And of course, don't forget the Lionel Messi transfer saga, which is bound to continue over the coming weeks.