The Premier League 2020-21 season is two weeks old and teams are suddenly desperate to sign new players. The transfer window will remain open for 14 more days. A host of EPL transfer and loan deals are likely to be pushed through before the window slams shut.

Football Whispers waded through the transfer news for today to start the week and analysed five transfers that could go through before October 5.

Manchester United re-signed midfielder Jesse Lingard in 2017, paying him £75,000-per-week. Since re-signing for the club, Lingard’s appearances in the Premier League have decreased each season. In 2019-20, he made 22 Premier League appearances for the Red Devils. He has just one season left on his current Old Trafford contract – along with a club option – and it looks increasingly like a move away from Manchester United will occur before October 5.

Football Whispers understands that Tottenham Hotspur manager Jose Mourinho wants Lingard in north London. The manager’s relationship with Dele Alli continues to deteriorate. The English midfielder is inching toward the exit with Paris Saint-Germain a possible destination. Leading sportsbooks have Alli at 1/2 to join PSG.

Tottenham Hotspur fans won’t be happy to have Lingard replace Alli. However, Mourinho signing a squad player to play a specific role is one of the tactics that made him successful in the past. Spurs are speaking with Manchester United over the deal and Alli’s future is in the balance. Lingard has scored just 18 goals and tallied 10 assists in 133 Premier League appearances for the Red Devils. 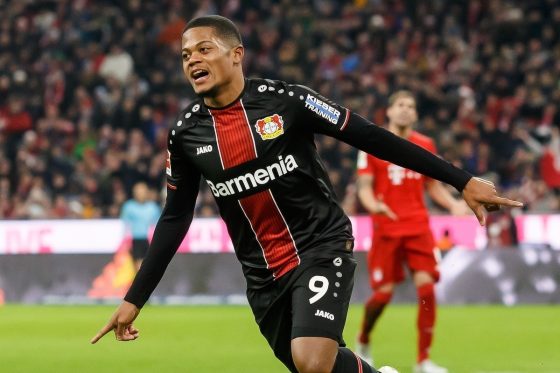 Everton’s interest is growing in Bayer Leverkusen forward Leon Bailey. Tottenham Hotspur continue to show interest in Bailey as well. However, it looks like Everton could have the inside track on the Jamaican.

Football Whispers can confirm that Bailey wants to move to the Premier League. Everton’s hot start to the campaign, two wins from two games, makes them a great option for Bailey. Manager Carlo Ancelotti is building an exciting team at Goodison Park that should challenge for a European place. Bailey would provide further quality in wide areas and be an alternative to previous transfer target Wilfried Zaha.

Bailey’s agent, and father, played down a transfer to Goodison Park over the weekend as Bayer Leverkusen kicked off the Bundesliga season with a nil-nil draw versus Wolfsburg. Bailey was not included in the team for the match.

Liverpool have suddenly sprung to life in the transfer market. Last week they officially signed Thiago Alcantara from Bayern Munich. A day later, Liverpool signed Diogo Jota from Wolverhampton Wanderers in a move that came out of nowhere. Liverpool may not be done. Football Whispers understands that Barcelona outcast Ousmane Dembele could be the next player to arrive at Anfield.

Dembele has struggled with injury, form, and timekeeping since arriving at Camp Nou for €105m from Borussia Dortmund. It seems strange that Liverpool would be interested in Dembele, especially with his struggles with showing up for training. In addition, Jurgen Klopp expects to play teenage sensation Harvey Elliott a significant amount of time this season.

Liverpool would not sign Dembele on a permanent deal. They only want the Frenchman on a loan transfer for the season. Rumours persist that Liverpool want to sell players in spite of the club stating they do not need to bring in cash. Liverpool have their strongest squad since the 2008-09 season under Rafael Benitez. Dembele would make the team stronger on paper, but which player would arrive at Anfield? Would it be the exciting youngster from Borussia Dortmund or the flop from Barcelona?

Manchester United crashed and burned to a home defeat at the weekend to Crystal Palace, 3-1. It was an embarrassing way to start the campaign after clinching Champions League football and reaching the Europa League semifinals last term.

The issues Manchester United exhibited were nothing new, however. Crystal Palace attacked them – which was new – and put pressure on the defence from the start. Victor Lindelof and Harry Maguire made numerous defensive mistakes. The full-backs struggled and couldn’t slow down the man of the match, Wilfried Zaha.

In response to the loss, Manchester United are following FC Porto left-back Alex Telles. Following the loss to Crystal Palace, talks over a transfer for Telles ratcheted up. Football Whispers can confirm that Telles’ representatives held talks with Manchester United.

The Red Devils haven’t bid for the defender, but FC Porto coach Sergio Conceicao confirmed Telles could leave. Manchester United signed just one player in the offseason as Donny van de Beek arrived from Ajax for £35m. According to one report, Manchester United Chief Executive Ed Woodward claims Telles’ £18m valuation is “too expensive”. The Red Devils’ transfer work shows the club’s need for a sporting director. It also shows a lack of financial fluidity and players willing to move to Old Trafford.

Leading sportsbooks have Telles at 4/5 to join Manchester United. 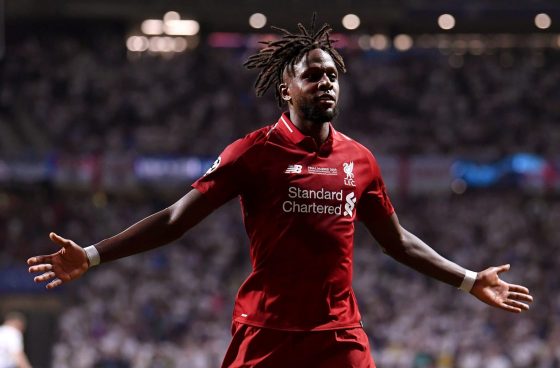 Klopp has the deepest and most dynamic team in the Premier League. Liverpool haven’t had a team this talented since 2008-09, and even then, this year’s squad is far better. Claims continue to be made that Liverpool must sell players after spending £20m on Thiago and £40 for Diogo Jota.

The club continue to refute the need to sell claims. Still, Liverpool do have players now questioning just how much playing time they will receive. One of those players is Belgian Divock Origi. The hero of the Champions League semifinals in 2019 took a step backwards last season.

Brighton lead the race to sign Origi. The Seagulls got a big 2-0 win at the weekend away to Newcastle United thanks to two goals from Neal Maupay. Origi would make the Brighton attack more dynamic.