The Premier League season kicked off with a bang at the weekend. Now, clubs have a few more weeks to address their weaknesses. That's right, Premier League transfer news today is among the most hotly discussed topics.

Football Whispers takes a look at the likelihood of Guardiola getting another defender and much more to kick off the week. 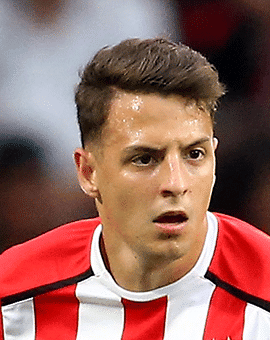 Everton won on matchday 1 away to Tottenham Hotspur, 1-0. Manager Carlo Ancelotti’s transfer work this summer has been brilliant and it could turn Everton into European contenders. The Toffees’ transfer spend has been large and it is likely to continue.

Ancelotti has his eye on Atletico Madrid right-back Santiago Arias. The Colombian is surplus to requirements under Diego Simeone. Arias joined Atletico Madrid in the summer of 2018. He has appeared in 51 matches in all competitions since arriving. Englishman Kieran Trippier is Simeone’s preferred right-back and is keeping Arias out of the team, however.

Football Whispers understands that Arias has a £74 million release clause. Everton may be unlikely to pay that fee. They could negotiate a new price if Atletico Madrid are desperate to get rid of him. Newcastle United and Wolverhampton Wanderers are also linked with the full-back.

Leeds United surprised a lot of onlookers on Saturday against Liverpool. Although they lost 4-3, the Whites were incredibly entertaining. They will give teams a difficult time throughout the campaign. Manager Marcelo Bielsa is still shaping his squad, however. Many of the players that featured against Liverpool were in the side last season in the EFL Championship.

Bielsa was tracking Liverpool forward Harry Wilson and Rangers’ star Ryan Kent. Now, his attention has been turned to France and Dijon’s left-wing Mounir Chouiar. Football Whispers can reveal it would take up to £18m to pry Chouiar away from the French club. Dijon did not start the Ligue 1 season well. They lost their first three games, scoring just once in 270 minutes of football. Their form could prevent a sale at this time.

Chouiar scored four times last season for Dijon in Ligue 1. His expected goals tally was 3.25 and had an expected goal per 90-minute average of 0.19. Deployed in a better-quality Leeds United team, Chouiar could shine. Arsenal are also following the Dijon player. Just 21-years-old, Chouiar has played professionally since 2016 when he debuted for Lens in Ligue 2. 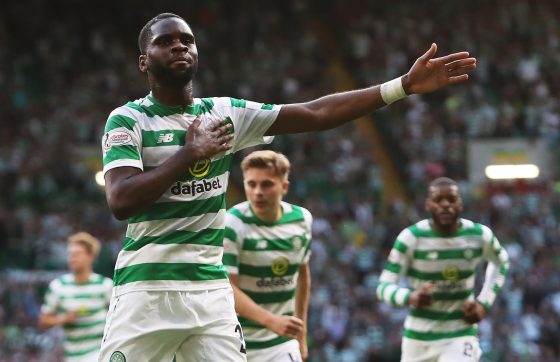 Arsenal are top-four contenders following the work of manager Mikel Arteta. Arteta turned the club around last season and has won two trophies in six months as manager. The club are having a very good transfer market and the squad could get even stronger.

Celtic striker Odsonne Edouard is the latest attacker to be linked with the club. Pierre-Emerick Aubameyang and Alexandre Lacazette’s futures are unclear. Edouard’s signing offers Arsenal a striker for the future if the current duo leaves next summer.

Football Whispers understands that Arsenal offered £22.5m for Edouard last week. It could take more to sign the Celtic hitman, however. The Hoops’ hope of reclaiming the Scottish Premiership title rest on the goals of Edouard. Celtic are already out of the Champions League, eliminated at the second-qualifying round stage by Hungary’s Ferencvaros. Celtic may cash-in on Edouard sooner rather than later.

Lacazette could leave Arsenal with Atletico Madrid the potential destination. He is 7/4 to join the Mattress Makers. His future could have a direct impact on Edouard’s arrival. Arsenal are 3/1 to land Edouard according to leading sportsbooks.

The Thiago Alcantara transfer saga continues to rage on and now, Football Whispers understands that Manchester United have “agreed” a deal for the midfielder. Let it be known that Bayern Munich want to sell Thiago no matter what they say. They have worked hard to grow interest in Thiago, whose contract expires next summer.

The Germans will get nothing for Thiago in 12 months and have no interest in re-signing him. They are desperate to get him off the books now, while clubs don’t seem to be too interested in signing him. Bayern Munich are unwilling to sell Thiago for less than £28m. Clubs are put off by the price Bayern Munich want for him.

Liverpool are likely to keep Georginio Wijnaldum in spite of Barcelona’s interest and give younger players – including Curtis Jones and Marko Grujic – a chance. Manchester United are the only other team still linked with the Spanish midfielder. Manchester United signed Donny van der Beek this offseason making a move for Thiago more unlikely. Thiago isn’t needed and it is likely a new deal at Bayern Munich could be agreed. Still, the Red Devils could sign Thiago to keep rivals from doing it.

Manchester United lead in odds to sign Thiago, according to leading sportsbooks. The club are 10/11 to land him. 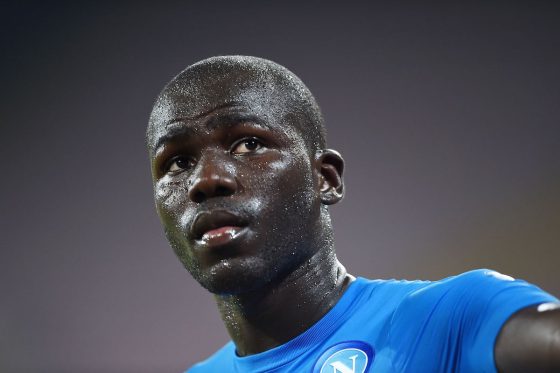 Pep Guardiola wants another defender. Since joining Manchester City at the beginning of the 2016-17 season, he has spent over £324m on defenders alone. Guardiola’s latest defensive object of affection is Napoli centre-back Kalidou Koulibaly. The mountain of a defender could be available, but it will take around £60m to pry him free from the Serie A outfit.

Manchester City signed Nathan Ake for £40m from Bournemouth this offseason. Ake should play next to Aymeric Laporte in central defence, but if Koulibaly arrives, the Dutchman would become a back-up.

Guardiola needs to bring in money to fund the purchase of Koulibaly. Centre-back Nicolas Otamendi is available and moving toward the Etihad exit. Barcelona are tracking youngster Eric Garcia in spite of the defender stating he wants to remain at Manchester City. Meanwhile, John Stones could return to Everton. A lot needs to happen for Guardiola to sign Koulibaly. Football Whispers understands that the club have offered full-back Oleksandr Zinchenko as party of a cash-plus-player deal.

Manchester City are odds-on favourites to sign Kouibaly at 1/4.