Newcastle United have made another transfer signing and are on the cusps of possibly doing more work in the market. Steve Bruce will hope his team can move away from the relegation zone in 2020-21 and fight for a European place. Newcastle United’s latest transfer activity has landed the team a playmaker and a potential double-digit goalscorer. Now, can Newcastle United improve on last season’s 13th-place finish?

While the Magpies have sealed a transfer deal – possibly two – Leeds United, Manchester United, and Liverpool are eyeing big-money transfers.

Football Whispers looks at the latest round-up of transfer news after a busy weekend. These five-potential transfers could be done by the end of the week and ready for the league’s kickoff on September 12. 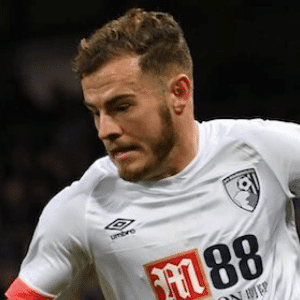 Eighteen months ago, Ryan Fraser was on the radar for several Premier League clubs including Arsenal. Now, after a dismal season with Bournemouth that saw him quit the team before the summer re-start, Fraser has found his options limited. It all worked out for Newcastle United, however. After the Magpies failed takeover by the Saudi Royal Family, the club are shopping for players on the cheap.

Newcastle United signed three free transfers already and Fraser will be number four. Steve Bruce’s team are likely to fight relegation this term based on the squad. He could surprise us, but on paper, Newcastle United look like they may struggle.

Fraser can bring quality to the team in wide areas. Although the 2019-20 season wasn’t great for Fraser on the south coast, he still scored one goal and tallied four assists in 28 appearances. The only thing stopping the deal from going through is a medical which will be conducted on Monday. Football Whispers understands that Bournemouth striker Callum Wilson will join the Magpies for around £20m, too.

Barcelona need to generate cash to rebuild the squad around Lionel Messi. Midfielder Rafinha Alcantara is one player the club wants to sell and Leeds United have opened negotiations over his rights. Rafinha is the younger brother of Bayern Munich midfielder Thiago Alcantara. He hasn’t had the same success as a professional but has proven himself as a quality midfielder.

Rafinha played 90 times for Barcelona between 2011 and 2020. He spent two loan spells at Celta Vigo – including last season – and one at Inter Milan. In 2019-20, he scored four goals in 30 appearances for Celta Vigo.

Leeds United have already spent a lot of money for a newly-promoted side. Over £50m has been spent on new players. There is a worry that Leeds United could overhaul the squad too much. Rafinha is valued at £14m.

Real Madrid are ready to off-load left-back Sergio Reguilon despite his part in Sevilla winning the Europa League in 2019-20. The 23-year-old is a hot property and Manchester United are considering his signature.

The Red Devils saw Reguilon up close and personal in the semifinals of the Europa League as Sevilla rolled past them to the trophy. Reguilon had few opportunities at Real Madrid. He made just 14 appearances for the team in La Liga.

The left-back is valued at £22.5m. He looked worth every penny in August’s Europa League games. Reguilon tallied two goals and four assists in 31 La Liga appearances last term for Sevilla. Manchester United left-backs Luke Shaw and Brandon Williams combined for just one goal and one assist in the Premier League last term. 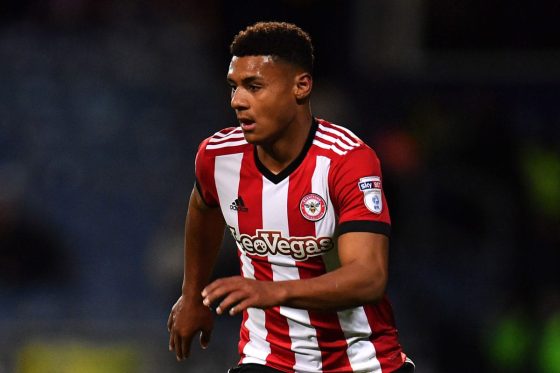 Tottenham Hotspur made a shock move for Brentford forward Ollie Watkins over the weekend. The highly-rated forward is valued at £22m and will leave Brentford before October 5th. The only unknown is where the forward will play next season. Brentford are happy to sell and rake in the money. Tottenham Hotspur’s interest changes the game after it appeared Aston Villa had a deal wrapped up.

Watkins scored 26 goals for the Bees in 2019-20. He is perfect for manager Jose Mourinho’s 4-3-3 formation. Watkins is versatile and can play through the middle or on the wing. Spurs make more sense for Watkins as it allows him to remain living in London. The transfer now looks likely to be down to Watkins and which club he prefers to play for.

The forward did not play on Sunday for Brentford against Wycombe Wanderers in the Carabao Cup. His omission fuelled speculation of a pending transfer.

Brentford must make £15m a season in player sale profits to run properly as a business. They could make between £40m and £50m this summer with the sales of Watkins and Said Benrahma. According to the latest odds, Watkins is still favoured for a move to Aston Villa. He is 1/6 to join Aston Villa and 4/1 to move to Spurs.

Barcelona’s Antoine Griezmann is a shock transfer target for Liverpool. Of course, Liverpool are linked to everyone and their mothers this summer. However, with midfielder Georginio Wijnaldum set for a transfer to Barcelona, the Reds could move for Griezmann.

There is no argument that Griezmann struggled to fit into Barcelona last season. There were even rumours that Lionel Messi and Luis Suarez didn’t want him at the club. Griezmann’s future at Camp Nou is in doubt after Messi’s U-turn on playing for Barcelona. Now, just over a year after Barcelona paid £107m for Griezmann, the former Atletico Madrid man could be sold.

The Frenchman only scored 11 goals in 45 La Liga and Champions League matches last season. He added four assists. What makes a potential move for Griezmann unlikely is the front three Jurgen Klopp already has at his disposal. In addition, Takumi Minamino seems to have bed into the side after arriving last January. He is having a brilliant preseason in front of goal. A move for Griezmann would make Liverpool even stronger in the attack, however.

What will keep a deal from occurring is Griezmann’s salary. Football Whispers understands that Griezmann earns £795,000-per-week. Liverpool won’t pay those wages. The club’s highest-paid player is Mohamed Salah at £200,000-per-week.