The Premier League transfer market is heating up. The big news this week could be Tottenham Hotspur reacquiring a former star on loan. It would be a coup for Spurs, a lot of work must still be done to get the deal over the line.

Meanwhile, Manchester United have been told they must pay £50 million by Bournemouth for one of their forwards. The Cherries continue their fire sale of players after suffering Premier League relegation last season.

The transfer market is showcasing its usual chaos; however, external circumstances seem to be driving teams’ interests in new ways. Football Whispers has the latest transfers news and rumours with Premier League matchday 2 just around the corner.

Sheffield United are desperate to sign a striker and Brewster’s form at Swansea City last spring led them to pursue a deal. Brewster moved to Swansea City on loan last January. He scored 11 goals in 22 matches for the Swans, sparking them to the EFL Championship promotion playoffs.

Brewster will join Sheffield United on a permanent contract. Football Whispers believes Liverpool included a buy-back clause in the transfer to reacquire the striker in the future. Brewster’s sale will be a disappointment to many Liverpool supporters. However, the competition is such that Brewster would spend much of the time as third-choice at Anfield.

Football Whispers understands that former Tottenham Hotspur star Gareth Bale could re-join the club in the coming week. Bale’s representatives met with Spurs on Tuesday to talk about a return to north London. Real Madrid are desperate to get Bale off of their books as manager Zinedine Zidane has no plans for him at the Santiago Bernabeu. Bale made just 16 La Liga appearances for Zidane and looked incredible disinterested after the league’s restart in June.

Bale’s wages and transfer value make it impossible for Spurs to purchase the player. Instead, the deal will be a loan move to north London, reuniting the forward with his former team. Manchester United are interested in signing Bale on a loan as well. They could meet with Bale’s representatives to hammer out a move. Bale could be an alternative to Borussia Dortmund’s Jadon Sancho.

Spurs have the inside track on adding Bale at the moment. His history with the club bodes well for a return. According to leading sportsbooks, Bale is suddenly 1/5 to join Tottenham Hotspur before October 6. He is 5/1 to stay in Madrid and 7/1 to move to Old Trafford. 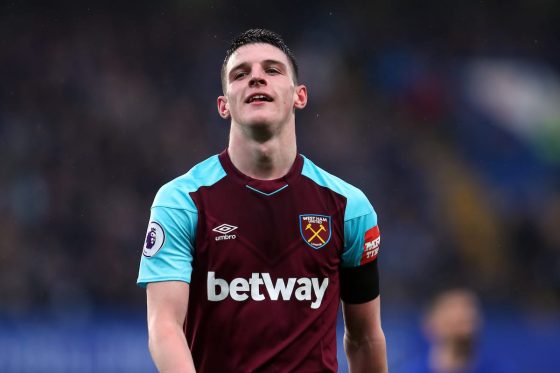 Chelsea want to spend more money and West Ham defender and midfielder Delcan Rice is the latest player on the list. Rice began his youth career at Chelsea before moving to West Ham. Now, manager Frank Lampard, who played for West Ham before moving to Stamford Bridge, wants the youngster in the team.

Rice would be the long-term replacement for defensive midfielder N’Golo Kante. The 21-year-old can also drop into central defence to help out Chelsea’s so-so back four. Football Whispers understands West Ham want £80m for Rice. The Hammers are also in need of a full-back and Chelsea’s Emerson Palmieri could move from the west side to the east side of London as part of the deal.

Chelsea have already signed six players in the transfer market. Their deal for goalkeeper Edouard Mendy should be wrapped up soon allowing them to peruse a transfer for Rice. A move for Rice could hinge on selling fringe players already at Stamford Bridge. According to some transfer insiders, a deal for Rice is unlikely. However, many made similar claims earlier this offseason about Kai Havertz and Ben Chilwell.

Leading sportsbooks have Rice at 1/2 to move to Chelsea before the transfer window closes. 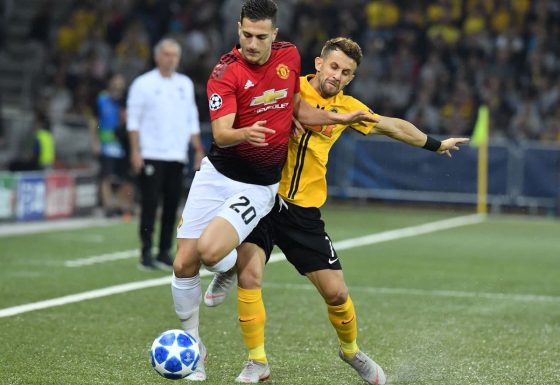 Diogo Dalot joined Manchester United during Jose Mourinho’s tumultuous time at the club. The full-back was young and raw but expected to become a top defender for the Red Devils. Unfortunately, Dalot failed to bed into the team and has struggled to hold down a place. Over the last two seasons, Dalot made just 20 Premier League appearances, tallying 1,080 minutes of football. In 2019-20, he logged just 65 minutes of Premier League football.

Football Whispers understands the Portuguese full-back is incredibly unhappy under manager Ole Gunnar Solskjaer and is desperate to leave Old Trafford. Dalot’s career stalled shortly after his arrival to Manchester. There is hope that he can rediscover the form that led to his £19m transfer in 2018.

Wolverhampton Wanderers could be Dalot’s destination. The West Midlands club are regular buyers of undervalued Portuguese talent. The full-back could be just the thing for manager Nuno Espirito Santo. Wolves regular left wing-back Jonny Otto is rehabbing a serious knee injury and Dalot could fill in for the Spaniard.

According to leading sportsbooks, Dalot is 2/1 to move to Wolverhampton Wanderers. 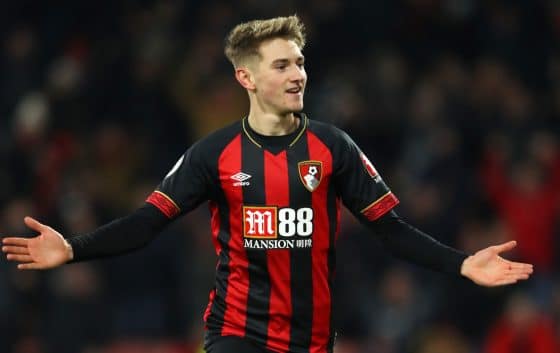 Bournemouth are having a laugh as they told Manchester United to pay £50m for forward David Brooks. The Cherries suffered relegation from the Premier League last season and after years of poor, expensive transfer purchases, are trying to bring in funds. They sold Nathan Ake for £40m to Manchester City and Callum Wilson to Newcastle United for £20m. Now, they want to a whooping £50m for a player that rarely featured in 2019-20.

Leicester City inquired about the midfielder as well and could be put off by the asking price. Brooks played just nine times in the Premier League last term tallying 533 minutes. He missed time during the season due to an ankle injury and underwent an operation in December.

Bournemouth sold a number of players following relegation and could still see Brooks go. Their desire to keep him may be the reason for the steep transfer valuation. Along with Ake and Wilson, the club allowed Jordon Ibe and Ryan Fraser to leave on free transfers. Goalkeeper Aaron Ramsdale joined Sheffield United.