Where have Chelsea got the money? The Blues are splashing the cash this summer just 12 months after being banned from signing new players. Chelsea signed Ben Chilwell, Timo Werner, and Hakim Ziyech this offseason. Now, according to reports, are on the verge of adding Bayer Leverkusen forward Kai Havertz.

Chelsea are loading up on attacking players. According to the Metro, a deal for Havertz is just 24 hours away from being completed. Although Havertz has professed he would rather sign for Real Madrid, he will head to Stamford Bridge instead.

Football Whispers understands that Bayer Leverkusen have got a great deal for Havertz. Chelsea will pay £70 million for the player with £20m worth of add-ons. Chelsea and Havertz agreed on personal terms weeks ago. However, Bayer Leverkusen’s hard-nosed negotiations prevented the deal from being finalised. Now, it appears the official deal will be announced this weekend.

Odds on Havertz joining Chelsea fell throughout the summer. As far back as July, Betfair reported that odds of Havertz signing with Chelsea had dropped to 1/4.

Jose Mourinho continues to overhaul Tottenham Hotspur this summer. Four players joined the club in the offseason including Pierre-Emile Hojbjerg, Joe Hart, Matt Doherty, and Alfie Devine. A number of players left the club as well. Jan Vertonghen and Michel Vorm were the highest-profile players to leave.

Leon Baily is the latest name to be linked with Spurs. The exciting winger is 23-years-old but has been a part of Bayer Leverkusen’s team since 2017. He joined the club from Belgium’s Genk, who have a long history of producing talent.

According to the latest transfer odds, Bailey is 4/5 to join Tottenham Hotspur before October 5’s transfer deadline. Manchester United are linked to him as well. Leading sportsbooks have the Red Devils down at 12/1 odds to sign Bailey.

Baliey is valued at just under £27m. His contract does not run out at Bayer Leverkusen until 2023. Therefore, it may take more money to pry him away from the German club.

It is safe to say that Felipe Anderson is a West Ham flop. Anderson signed from Lazio for £36m in 2018. At the time, it was a club-record transfer. His purchase came on the back of some decent, but unspectacular seasons in Rome. Lazio were happy to sell and have since improved the squad with the money earned. The Italians fought for the Serie A title in 2019-20 and qualified for the Champions League for the first time in over a decade.

Arsenal are a potential destination for Anderson. Football Whispers understands that Anderson has been offered to the Gunners on a loan deal. The Gunners must pay £5m to acquire Anderson on loan, however. The player is desperate for a move away from West Ham. He made 28 appearances for the Hammers last season as the team fought relegation.

Anderson scored one goal last season with an expected goals figure of 2.63. Meanwhile, he tallied four assists which exceeded his expected assists number of 2.65. He could shine in Arsenal’s attack alongside Pierre-Emerick Aubmeyang and Nicolas Pepe. Anderson played just three minutes of West Ham’s final seven games of the league season. 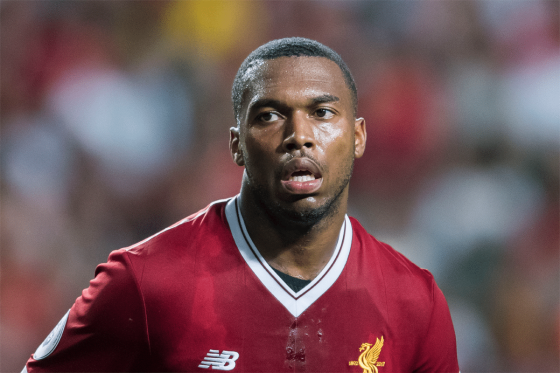 Goal scoring was a problem for manager Chris Wilder, but Sturridge could be the answer to the Blades’ problems. The former Liverpool man had few chances at Anfield after Jurgen Klopp’s arrival. Due to form and injuries, Sturridge rarely featured. He still scored goals when given the chance and won the Champions League as an important member of the Reds.

Sturridge is just 30-years-old. A free agent signing comes at little cost for Sheffield United. The striker scored 77 goals in 218 Premier League games. He averages a goal every 147 minutes.

Liverpool continue to be linked with players this offseason. Sevilla defender Diego Carlos is one of the latest players to be linked to the Premier League champions. Carlos won the Europa League with Sevilla in August and was a key defensive player in the team throughout the campaign.

Sevilla will sell for the right price. Carlos is valued at £45 million by Transfermarkt. If the Reds want to sign the defender as Virgil van Dijk’s centre-back partner, they will most likely need to pay between £50m and £60m for him, however.

Liverpool transfer links continue to be made. The problem with all of the links whether it be with Thiago Alcantara, Luis Suarez or Carlos, is that the club stated previously it won’t spend money this summer. Fenway Sports Group tightened the belt last January in spite of Liverpool winning the league. FSG own Major League Baseball club the Boston Red Sox. They sold the Red Sox’s two best players ahead of the MLB season and there is no evidence spending will be done to strengthen Liverpool either.

Joe Gomez continues to show flaws as a top-flight centre-back. Joel Matip, who is a Champions League winner alongside Van Dijk, continues to fight injuries. Dejan Lovren left for Zenit St. Petersburg in August. Carlos is a strong option but unlikely to arrive due to his price tag.