So, it all comes down to this. Nine months, 37 rounds of games and innumerable twists and turns later, one of the great Premier League title races reaches its conclusion on Sunday.

There are no two ways about it: both Manchester City and Liverpool have been utterly brilliant. Relentless, in fact. City, chasing down a second crown under Pep Guardiola and looking to become the first side to defend the title since Manchester United in 2009, have won their last 13 games.

Liverpool, hoping to end their 29-year quest to reclaim their place at English football's summit, have been with them every step of the way, winning their last eight and losing just once all season.

City are a point ahead heading into the final day. If they both win, the Citizens will finish on 98 and the Reds on 97. It's a ludicrously high standard, to which the rest of the division has had no answer (Tottenham Hotspur, in third, are currently 23 points off Liverpool).

Of course, it's far from the first time a title race has come down to the final day. Let's look back on the ones that have in the Premier League era.

But 1994/95 was different. Chasing a hat-trick, the Red Devils were remarkably pipped to the post on the final day by Kenny Dalglish's Blackburn Rovers, who were flush with Jack Walker's investment and turbo-charged by the goals of Alan Shearer and Chris Sutton up front (they ended the season with 49 between them).

Heading into the last game, United were two points behind Blackburn, who faced the daunting prospect of a trip to Anfield to face Dalglish's former club, Liverpool. United faced West Ham at Upton Park. 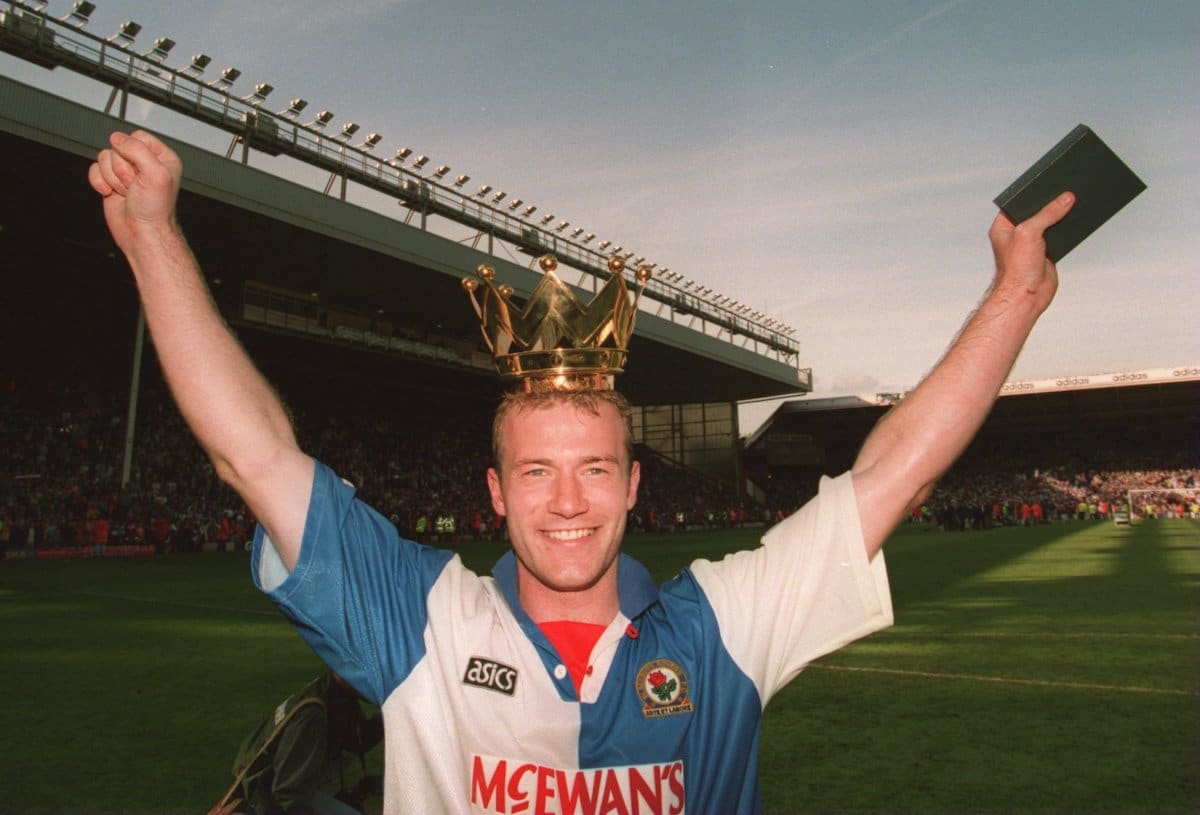 Shearer, who ended the season on a ridiculous 34 goals, opened the scoring for Blackburn while Michael Hughes put the Hammers in front.

It was all going swimmingly for Blackburn until John Barnes and Jamie Redknapp turned the game in Liverpool's favour. Given it was the mid-90s, score updates weren't as instantaneously available as they are now and Blackburn fans nervously awaited news from east London.

United pressed and pressed but were denied by a string of saves from West Ham keeper Luděk Mikloško. Fergie's men fell just short and the title went to Blackburn for the first time in 81 years, with Dalglish becoming just the third manager in English football history behind Herbert Chapman and Brian Clough to win the title with two different clubs.

A title race for the ages, Manchester United and Newcastle United's titanic tussle for supremacy will forever be remembered for Kevin Keegan's spectacularly collapse under the intense pressure applied by Ferguson's psychological warfare.

For a while, Newcastle were irresistible, charging into a seemingly unassailable 12-point lead in January.

United, though, refused to be outdone for a second year running and, after edging a tense encounter 1-0 at St. James' Park in March, reduced the deficit to a single point, eventually leading by two points heading into the final day.

After an engrossing battle between the two clubs, there was to be no explosive denouement; United ran out comfortable 3-0 winners at Middlesbrough as the Magpies were held to a 1-1 draw with Spurs.

Six days later, United clinched the double by beating Liverpool in the FA Cup final. Newcastle finished second to Fergie's side the following season but it failed to conjure up anything like the fireworks of the run-in in '95.

Another endlessly gripping season saw United and Arsenal engage in a hammer-and-tongs battle for the crown.

The Gunners were defending champions, of course, after Arsène Wenger helped establish them as a Premier League superpower following his arrival in September 1996.

They had finished one point ahead of United in the 97/98 season and became favourites to retain after their rivals let a 2-0 lead slip to draw 2-2 at Liverpool.

But Arsenal surrendered momentum when they fell to a 1-0 defeat at Leeds United in the penultimate game.

On a nerve-shredding final day, Les Ferdinand threw a spanner in the works when his goal fired Spurs into an early lead at Old Trafford.

For a while, it looked like United would relive the nightmare of '95 all over again. Ian Walker produced a tremendous double-save to thwart Paul Scholes and David Beckham fired a header over from close range.

Beckham found his range, though, sweeping home a fantastic equaliser before Andy Cole struck the winner to land the title.

Ecstasy for United, despair for Arsenal. It was pure drama. United weren't done there, of course, proceeding to clinch an unprecedented Treble.

May 2008 was a very, very different time. For instance, a Gareth Southgate-led Middlesbrough annihilated Manchester City 8-1 on the final day of the season.

The top of the table wasn't quite as bizarre, though. United and Chelsea went into the last act level on points, with the former ahead thanks to a vastly superior goal difference.

United got the job done, winning 2-0 at Wigan Athletic as Chelsea were surprisingly held by Bolton Wanderers.

It was Ferguson's tenth Premier League title as United closed within one of Liverpool's all-time haul of 18.

The two clubs would meet again, of course, as United added the Champions League to their domestic crown after beating the Blues on penalties in Moscow. 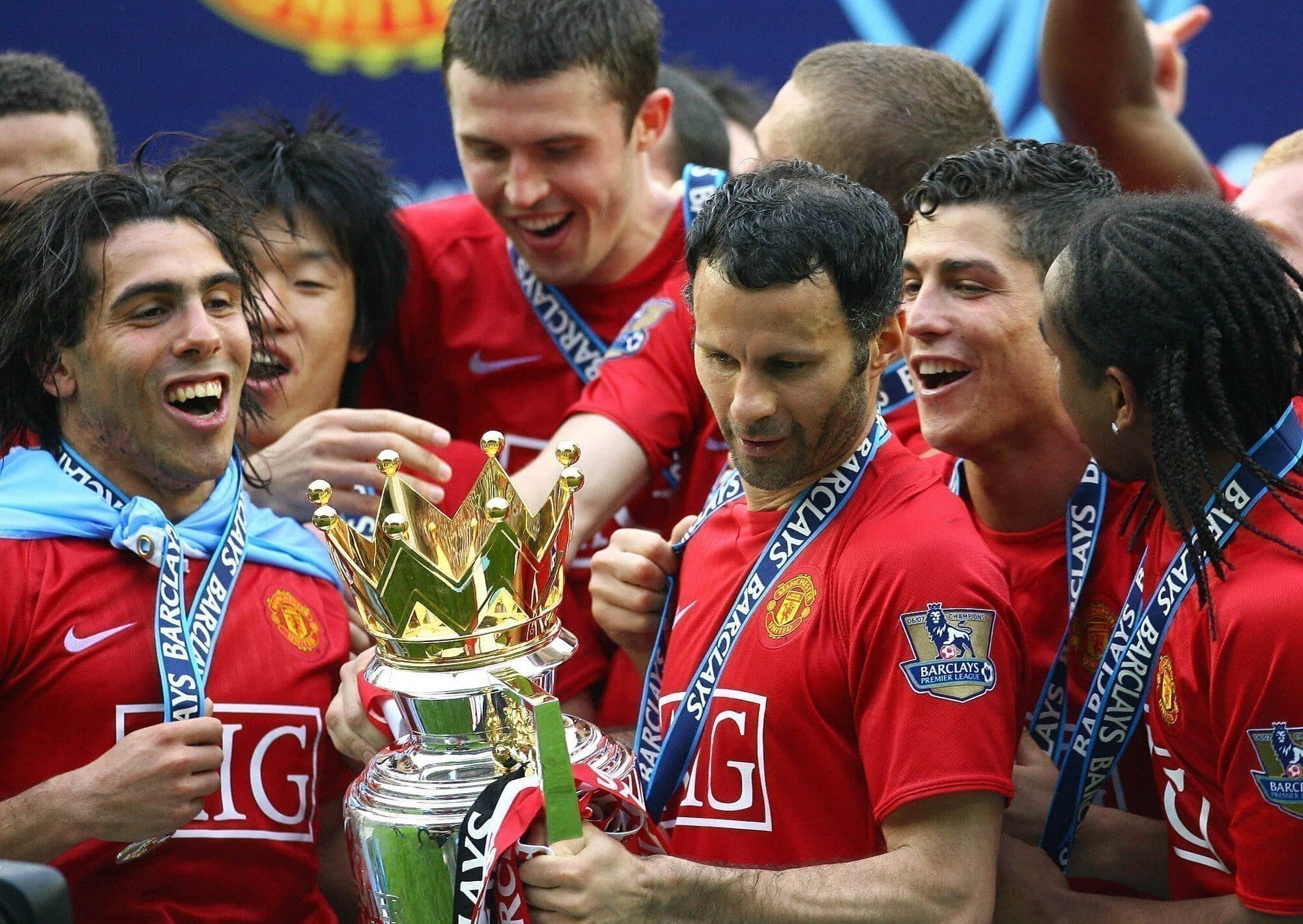 Under the auspices of Carlo Ancelotti, the Blues wrestled the title away from the red half of Manchester after a title race high on drama and controversy.

Having regularly blown teams away throughout the campaign, Chelsea secured an ultimately decisive 2-1 win at Old Trafford, a win famous for Didier Drogba's offside goal.

United kept their hopes alive until the final day but, unfortunately for them, Ancelotti's side were at home to Wigan Athletic. The Red Devils thumped Stoke City 4-0 at Old Trafford but the Blues made laughably light work of Wigan, destroying them in an 8-0 rout to displace United at the head of affairs.

Chelsea were rightly lauded for their expansive, attacking football. They scored 103 goals that season, towering above United's respectable 86.

The mac daddy of final day showdowns, we'll be truly spoiled if this Sunday provides the same exhilarating drama as what occurred seven years ago.

It was a seismic altering of the football landscape. City, four years on from the Abu Dhabi United Group's takeover of the club, were hunting a first league title in 44 years.

All that stood in the way of Roberto Mancini's side were defending champions United.

The city rivals headed into a nerve-shredding climactic chapter level on points. United's afternoon at the Stadium of Light was business as usual; Wayne Rooney's 20th-minute strike was enough to see off Sunderland.

City's was anything but painless. Pablo Zabaleta fired the hosts ahead at the Etihad before Djibril Cisse and Jamie Mackie turned the game on its head.

The home side, helped by their numerical advantage after Joey Barton's red card, flooded forward desperately. Edin Džeko netted the equaliser before Sergio Agüero smashed home arguably the most famous goal in English football history to capture the title for City in the most heart-stopping finale imaginable.

Jürgen Klopp's Liverpool can never be accused of ‘bottling it'. The same can't be said for Brendan Rodgers' Reds, however, regardless of whether you despise that particular phrase or not.

In 2013/14, Liverpool were three games from the title after a remarkable run of 11 successive wins. Undone by José Mourinho's Chelsea at Anfield (their first defeat since losing to the Blues four months earlier), the Reds collapsed against Crystal Palace, conceding three goals in the last 11 minutes during a heartbreaking 3-3 draw that reduced Luis Suárez to tears. 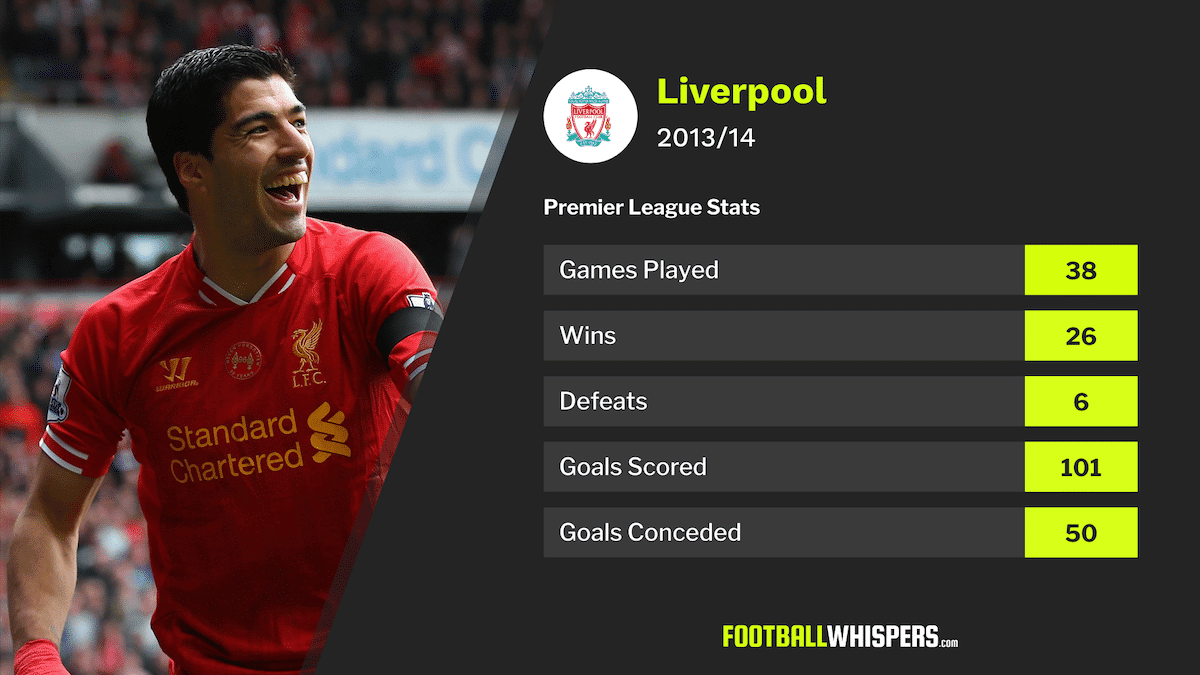 Liverpool came from behind to beat Newcastle on the final day of the season but it was too little, too late. They paid the ultimate price for a leaky defence which shipped 50 goals, almost doubling third-place Chelsea's against column.

Manuel Pellegrini's City beat West Ham 2-0 to finish the season with five wins on the trot and secure their second Premier League title on 86 points, with Pool finishing on 84.

Assuming they don't lose 5-0 to Wolves on Sunday, Klopp's men will be able to hold their heads up higher. For one, they're a better team than the 2014 side, have a more sustainable model and also have a Champions League final against Tottenham on the horizon.