PSV Eindhoven's Santiago Arias is a wanted man. Premier League clubs Liverpool, Tottenham Hotspur, Everton, West Ham United and Swansea City have all been linked with a move for the full-back in recent days.

Reports in the Daily Star suggest the Colombian right-back will be heading to the Premier League this summer. The 25-year-old fanned those flames in a recent interview: “In the summer I hope there is clarity as soon as possible.”

“My agent knows I want to go to Germany, England or Spain and is working to make that happen.”

“It is important that there's a sufficient prospect of playing time. If there's nothing I'll stay here (PSV). I've already made over 100 appearances for the club.”

The former Sporting Lisbon player made the switch to the Eredivisie in 2013, in a deal worth €1.6million, and was immediately given a starting role. He won the 2014/15 and the 2015/16 titles in Holland, playing a vital role in both.

He's said to be available for £13-15million, but with his current deal having just the two years left, there may be a bit of haggling room for interested clubs.

Why the Interest in Arias?

Full-backs are becoming more important to systems these days. No longer are they just wingers who aren't good enough, they're genuinely key cogs in some of the most complex tactical plans.

Manchester City's Pep Guardiola tasks his with being confident on the ball and comfortable in central areas; Jürgen Klopp wants his full-backs to provide the width in his system with the wide forwards often finding themselves in central areas; Mauricio Pochettino trusted Danny Rose and Kyle Walker to carry out his instructions and both are now rated around the £30million mark.

It's no surprise that decent full-backs are now in demand.

Arias ticks a host of boxes. He's positive on the ball and aggressive in his style, often ignoring a safe pass if there's a chance he can take a risk make something happen. The Colombian can play the intricate passes but also has the ability to mix the play up with a 60-yard switch.

More importantly, however, is his defensive play. It's worth noting that he doesn't appear to dive in when one-on-one and isolated in the channel — the fact he only picked up three yellow cards last season is testament to that.

When in the final third Arias is far from one-dimensional. He gets into dangerous areas and mixes his crossing up — from whipped in, to floated, to a measured pull-back. For the most part, he's got a calm head when in matters. 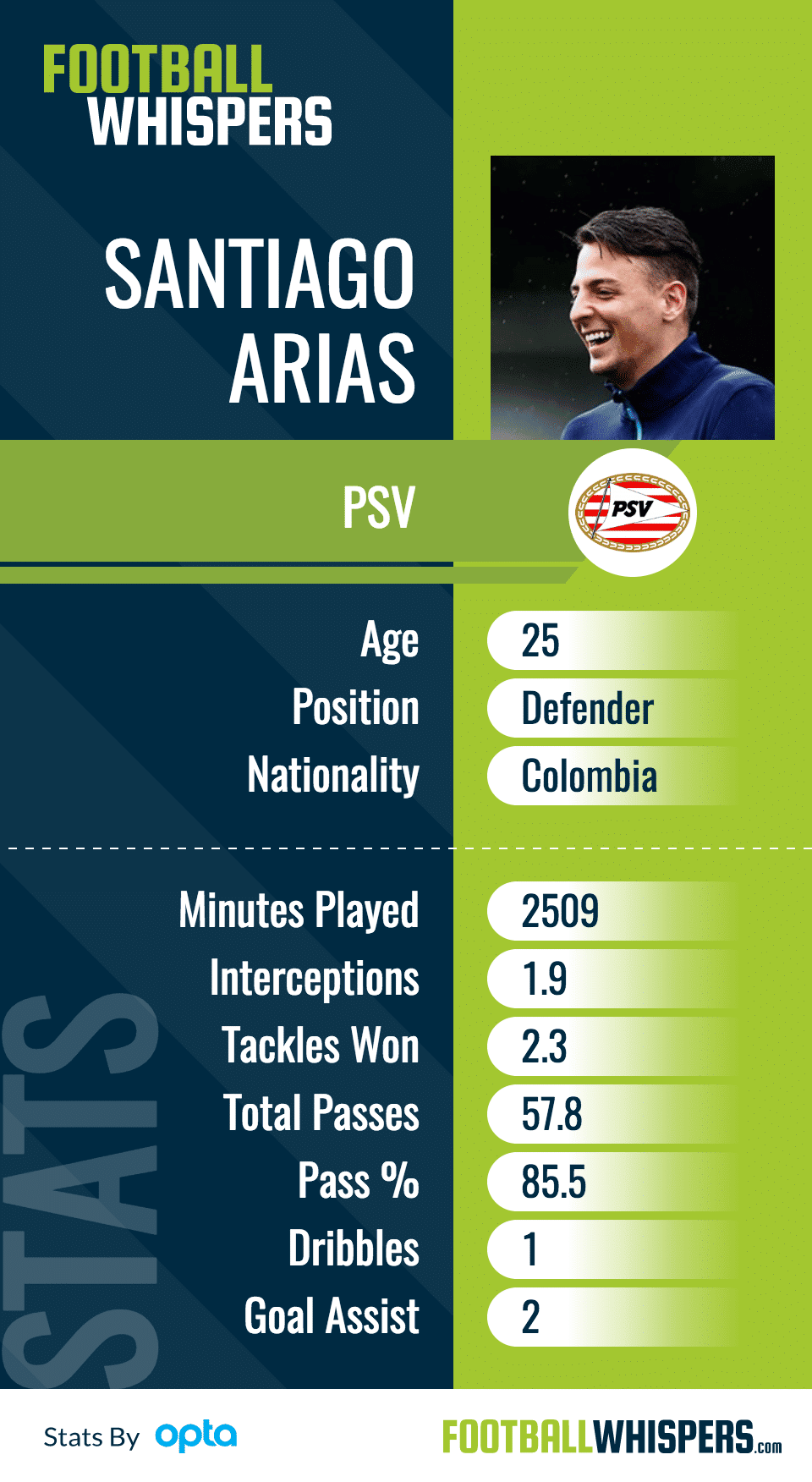 South Wales appears to be his most likely destination with reports suggesting the Swans are at the front of the queue. Swansea have held talks with the Colombian and he's keen to join Paul Clement's revolution.

Kyle Naughton hasn't impressed the former Bayern Munich assistant manager. It's unlikely the ex-Spurs defender will settle for life as a back-up so could be on his way out of the club.

The Liverpool link is a peculiar one. The Reds have Nathaniel Clyne as a starter and highly-rated Trent Alexander-Arnold waiting in the wings. Upgrades are needed throughout the squad but right-back isn't a pressing issue.

However, Arias shares an agent with Liverpool transfer target Mohamed Salah. Ramy Abbas Issa has been enjoying himself on social media lately and added one Liverpool fan, @AnfieldPyro, on snapchat. 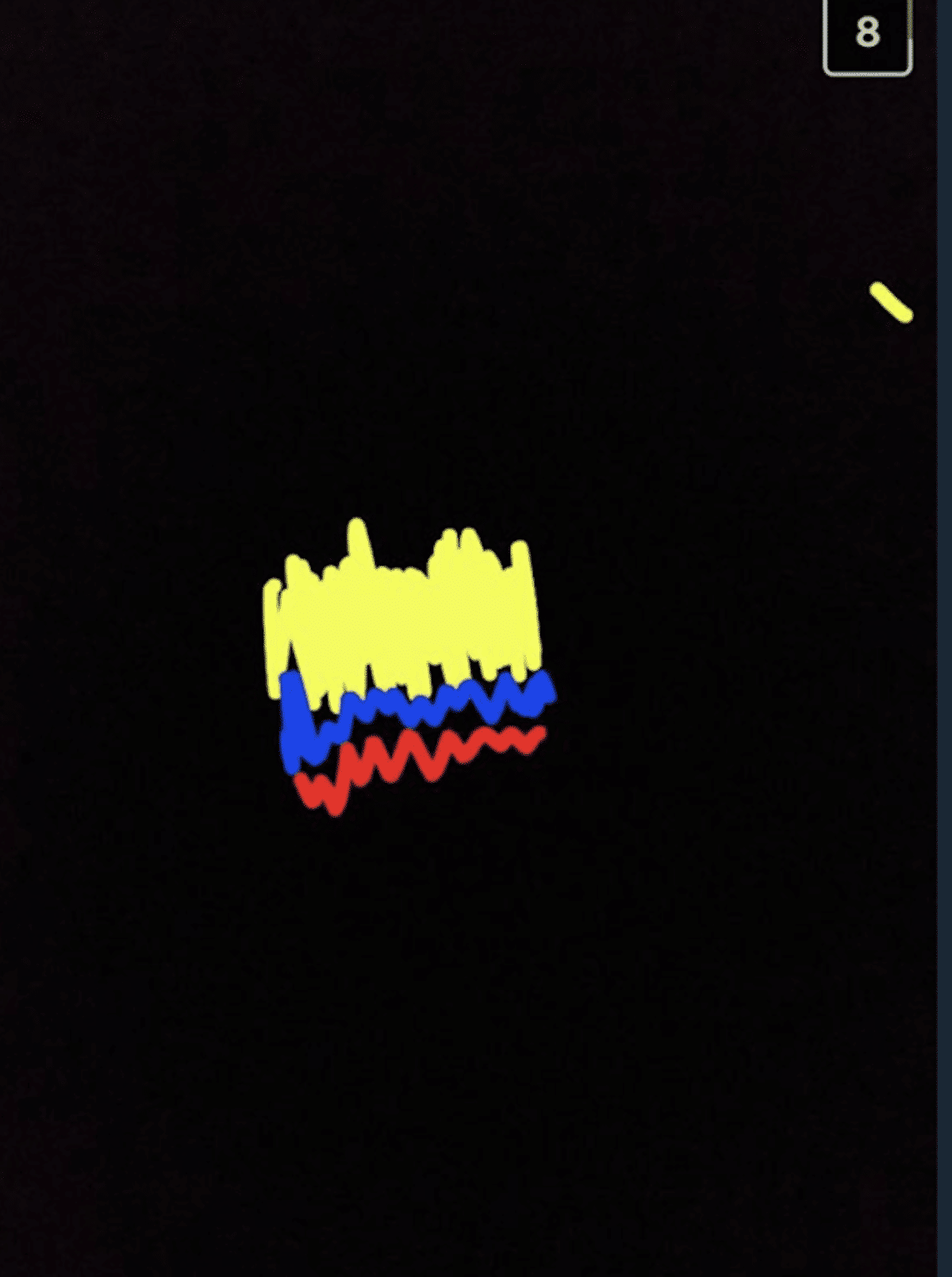 The above image caused confusion. It was first written off as Issa sharing a Colombian flag because that's where he's from. However, reports have emerged suggesting Liverpool are keen on Arias and this snapchat could in face have been a clue.

It's unlikely, but still worth keeping an eye on.

Seamus Coleman isn't expected to return from his leg break until the 2017/18 season is well underway. Mason Holgate did an admirable job filling in for the Irish international at the back end of last season but can the Toffee's really go into the season without senior back up for the influential Coleman?

Also, as much as Everton fans won't want to admit it, Coleman isn't getting any younger. He's 29 years old in October and with his miles on the clock, playing 25 games or more in six of the past seven seasons in a heavy workload position, he may start picking up more frequent niggles.

Loaning Holgate out to ensure he gets guaranteed minutes and develops into the player many hope he could be while bringing Arias in could be smart business.

Spurs are on the up but money talks in football. Kyle Walker is a long-term transfer target for Manchester City and could move up north during this transfer window.

Pochettino's men can call upon Kieran Trippier, who excelled when filling in for the aforementioned Walker at stages last season. But if that's the case they need someone to become their new Tripper, a high quality back-up so when the team is rotated there's no obvious step down in performances.

With Spurs hoping to piece together an assault on the Champions League they need depth. It works in their favour though because it means Arias would get plenty of minutes to showcase his talents.

West Ham have been linked with moves for attacking players over recent weeks in the form of Kelechi Iheanacho and Dušan Tadić. That, however, doesn't mean manager Slaven Bilić is content with his defensive options.

Sam Byram, a January 2016 signing, has failed to live up to expectations and there are question marks over his viability as a long-term solution at right-back. Michail Antonio is too gifted offensively to be used as in a defensive role, meaning the Hammers are in the market for a full-back.

He'd likely compete with Byram for a starting role but there's no reason Arias couldn't cement a first-team position at the London stadium if he were to move there.

Would you want Arias at your club?