As we edge closer to the end of another Premier League campaign, we find ourselves looking back as well as peering into the future.

With Manchester City's thrilling yet predictable dominance, it hasn't quite been the classic season we were hoping for. However, it's still been a highly productive campaign for several Premier League stars.

In fact, statistically speaking, some of the league's most impressive players were not honoured at the recent PFA awards.

While much of the PFA's Team of the Year can't be debated, there are a few notable omissions. Luckily, we've delved into the stats to come up with the Football Whispers Statistical Team of the Season.

So, without further ado, here it is.

This week de Gea claimed the current campaign has been his best for Manchester United. Considering how high a bar he set himself in previous seasons, that's quite the statement.

Then again, looking at the Spaniard's stats, it's almost impossible to disagree. De Gea's post-shot xG, which isolates the xG (expected goals) of shots that hit the target, is 37.88 against 20 goals conceded, excluding own goals and penalties. So, in other words, de Gea has directly saved United from conceding an additional 17 goals this season.

He is out-performing every other goalkeeper in the league in this category. To contextualise, the next best stopper in this regard is Burnley's Nick Pope, who has conceded 28 goals to 45.03 post-shot xG conceded, meaning he has saved 17.03 goals in total to De Gea's 17.88.

Manchester City, for example, have conceded the least amount of goals this season (25), but they have conceded 23 times, excluding own goals and penalties, to a post-shot xG conceded of 19.84, illustrating how Ederson can't quite match up to De Gea.

This was extremely close between Walker and Manchester United's Antonio Valencia, but Walker's creativity ultimately gave the Manchester City full-back the edge.

In 18 basic statistics categories, Walker and Valencia scored nine apiece, with Walker come out on top in areas such as aerial duels won, big chances created and assists. Valencia was head in open play key passes, interceptions and tackles, however.

But with such demand for modern full-backs to supply creativity from wide areas, Walker – who has six assists – gets the nod. Not only does the former Tottenham Hotspur full-back boast 88 per cent passing accuracy, he has an xA (expected goals assisted) of 4.81 and expected goal contribution (xA + xG) of 5.45. 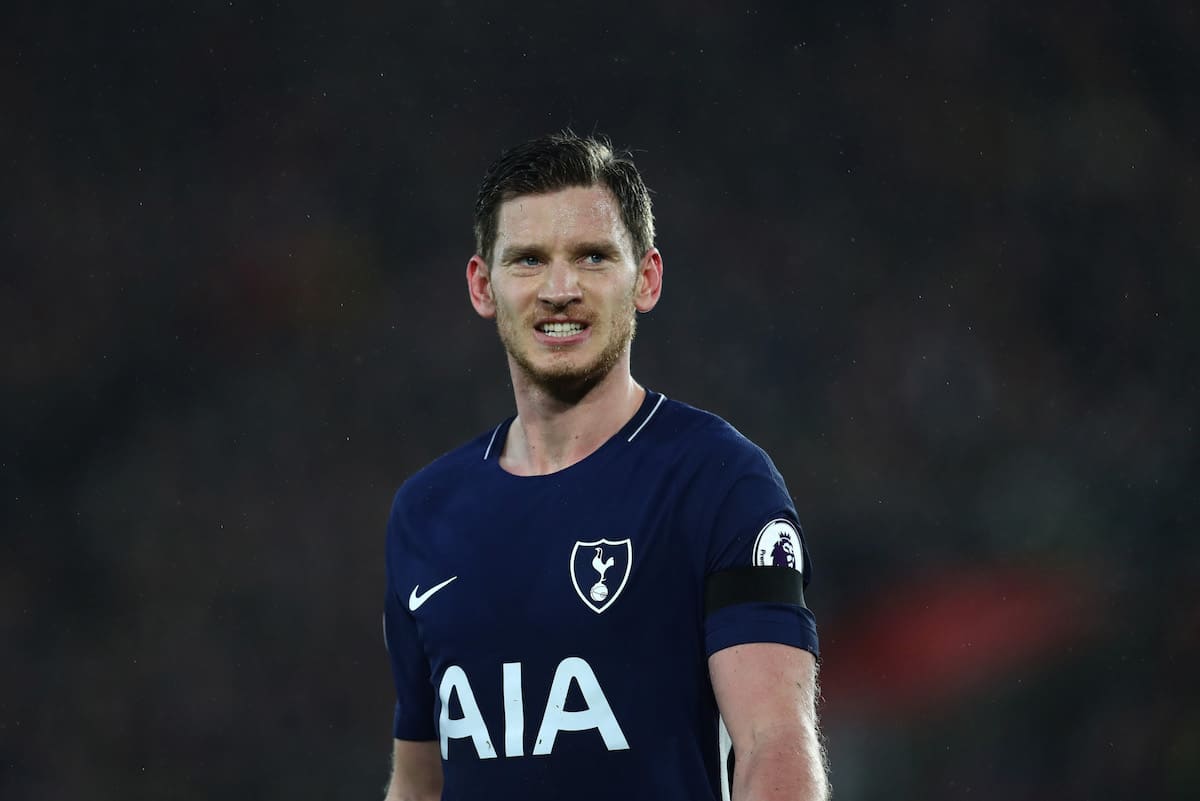 There's no surprise that the Spurs centre-half has made it in here: he's had a fantastic season. The Belgium international ranks highly in virtually every key category for defenders.

The 30-year-old, whose formidable partnership with Toby Alderweireld looks to be coming to an end with mounting speculation over his compatriot's future, averages 3.3 aerials won per 90, 1.95 successful tackles per 90 and 1.77 interceptions.

Vertonghen has featured in 13 out of the 14 league games in which Spurs have kept a clean sheet, speaking volumes of the influence he has when he's starting.

Another one who was included in the PFA Team of the Year, but with good reason.

The Argentine has enjoyed a stellar campaign for Pep Guardiola's champions, with more accurate passes per match (83.3) than any other player in the league, an essential attribute when playing as part of Guardiola's system.

In addition, his 1.74 successful tackles per 90, 1.51 interceptions per 90 and 2.58 aerial battles won per 90 suggest that he has been solid in his defensive duties, as well as with the ball at his feet.

He's also chipped in with four league goals, which is always an added bonus for a defender.

The PFA left-back slot went to Marcos Alonso but Davies has enjoyed an excellent season for Spurs, ably deputising in Danny Rose's absence.

The Wales international has played more accurate passes per 90 than Alonso, with 41 compared to 34, while he edges the open play key passes category with 1.17 to 1.0.

The PFA's midfield trio consisted of David Silva, Christian Eriksen, Kevin De Bruyne, which of course no manager in his right mind would field.

So, we've decided to offer more balance with a dedicated defensively-minded player. There are plenty of quality holding men to choose from in the Premier League, from N'Golo Kanté to Nemanja Matić, Wilfred Ndidi to Abdoulaye Doucouré.

But we've gone with Fernandinho. While maybe not the most imaginative option considering he was a regular starter for the best team in the division, the veteran Brazilian's stats make for highly impressive reading.

Fernandinho is a genuine all-rounder, with 90 per cent passing accuracy but also 2.9 aerials won per 90, 1.92 tackles won and 1.53 interceptions.

Fernandinho has also attempted on average 27 forward passes per 90, offering a reflection on his ability to keep the momentum of attacks going as opposed to merely shifting the ball sideways to a full-back. 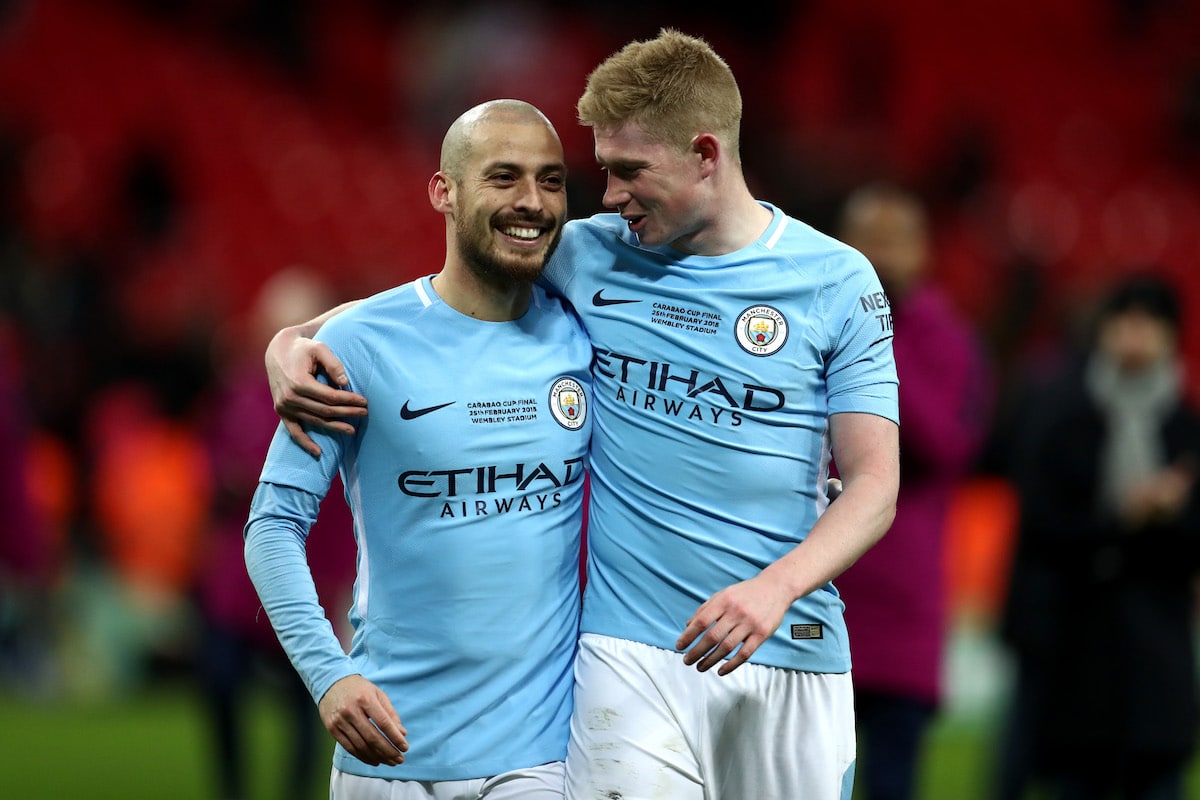 Another City player, but another colossus of the stats. De Bruyne's xA is off the charts with 12.80 and 0.4 xA per 90, placing him first and second in the league in those categories respectively.

De Bruyne also has an impressive Goals-xG Ratio of 2.12 and a shot placement ratio (Post-shot xG / xG) of 1.62. He also has more assists than any other Premier League star (15), completed the second-most passes (2,052) and made more forward passes (689) than anyone else.

De Bruyne has also won the ball 33 times in the final third, which illustrates how he has mastered Guardiola's demand for high-intensity pressing.

The architect of so many of City's well-crafted goals this season, De Bruyne may have been pipped to the PFA Player of the Year award by a certain Egyptian but his inclusion in this team is irreproachable.

Even with the immense quality that has surrounded him in the Manchester City line-up, Silva has continued to shine, his playmaking craft and ingenuity as breathtaking as ever.

Off the pitch, this has been the 32-year-old's toughest year in England. His son, Mateo, was born prematurely and, while Silva's focus has understandably been on his family's health, he has managed to make the football pitch his sanctuary, producing some of his finest football en route to his third Premier League crown.

Silva has enjoyed his most productive campaign in front of goal since 2014/15, scoring nine times in the league and outperforming his xG and post-shot xG of 7.18 and 8.6 respectively.

The Spain international has become synonymous with picking apart defences, though, and he's delivered on that front with 2.1 key passes per 90, 14 big chances created and 11 assists, placing him behind only team-mates De Bruyne and Leroy Sané.

Well, of course. Top-scorer, best minutes-to-goal ratio, most touches in the opposition box, second-highest xG and second-highest post-shot xG. It pretty much says it all about Salah, the one-time Chelsea reject who has arrived on Merseyside and blown everyone away.

Salah has 31 league goals for Liverpool, averaging a goal every 85 minutes. Interestingly, he's also missed more ‘big chances' than anyone else with 20 so, while his tally is astonishing, it could be even better.

But who are we to fault Salah? Strip away the stats and you're still left with a genius, a lights-out phenomenon so consistently brilliant in his first season at Anfield that he has been thrust firmly into the conversation for next year's Ballon d'Or.

If he keeps up his current output, not even Lionel Messi or Cristiano Ronaldo will stop him.

While the PFA picked Sergio Agüero in this position in their team, Agüero is not a left-winger, so we've gone for a player naturally accustomed to the position – and a fairly handy one at that.

Sané has been exhilarating. With 3.05 successful take-ons per 90, the German is one of the most effective players at running with the ball at his feet, while he has created 0.56 big chances per 90 minutes, the third-highest in the league.

Sané has 12 assists but ranks first in assists per 90 with 0.52. The flying winger has undoubtedly benefitted from Guardiola's coaching this season and, at 22, we only expect him to continue on an upward curve, which is a terrifying thought for full-backs up and down the country.

Just a flat-out goal machine, Kane is fast becoming one of the most devastating and prolific forwards England has ever produced (no pressure).

The Tottenham star has been putting up silly numbers this season, with 37 goals in 43 appearances in all competitions, including 26 in 33 Premier League games. Even with that, the England international is probably going to miss out on his hat-trick of golden boots – attempting to become the first player since Thierry Henry to achieve such a feat – with Salah five ahead of him.

But still, Kane has been immense and nobody could have possibly eclipsed him in our team. Kane's xG is the highest of top flight forwards at 23.39, as is his 0.77 xG per 90.

Kane has the most shots on target per 90 with 2.1 and while he may not travel to the World Cup with England as the golden boot winner, he will be fresh off another tremendous campaign at Spurs.