Premier League Sack Race: Who will be the first to fall?

The Premier League season might only be a few games old but already there are a few managerial positions that are looking far from nailed on. In an era where finances and exposure go hand in hand with Premier League (and Champions League) status, an early season departure cannot be ruled out. Here are the managers we see as potential casualties.

Frank Lampard is a manager that has divided opinion pretty much from the off. Some say he performed well at Derby as he guided them to the Championship playoffs whilst others say he failed to win promotion despite having an expensively assembled squad. At Chelsea, there is a split between acknowledging what a good job he did in his first year versus the view that he was failing to handle the big names that arrived when the Blues' transfer embargo ended.

At Everton, we're still not clear what Lampard is as a manager. Last season he kept the Toffees up in an intense and nervy relegation battle; it wasn't pretty though. This season has begun with Everton having taken just one point from three league games and, more worryingly, with Lampard's side not looking much like winning games. Injuries and a lack of recruitment – particularly up front – have Lampard operating with his hands tied behind his back but, should their winless run continue much longer, you can imagine an itchy trigger finger developing in the board room! 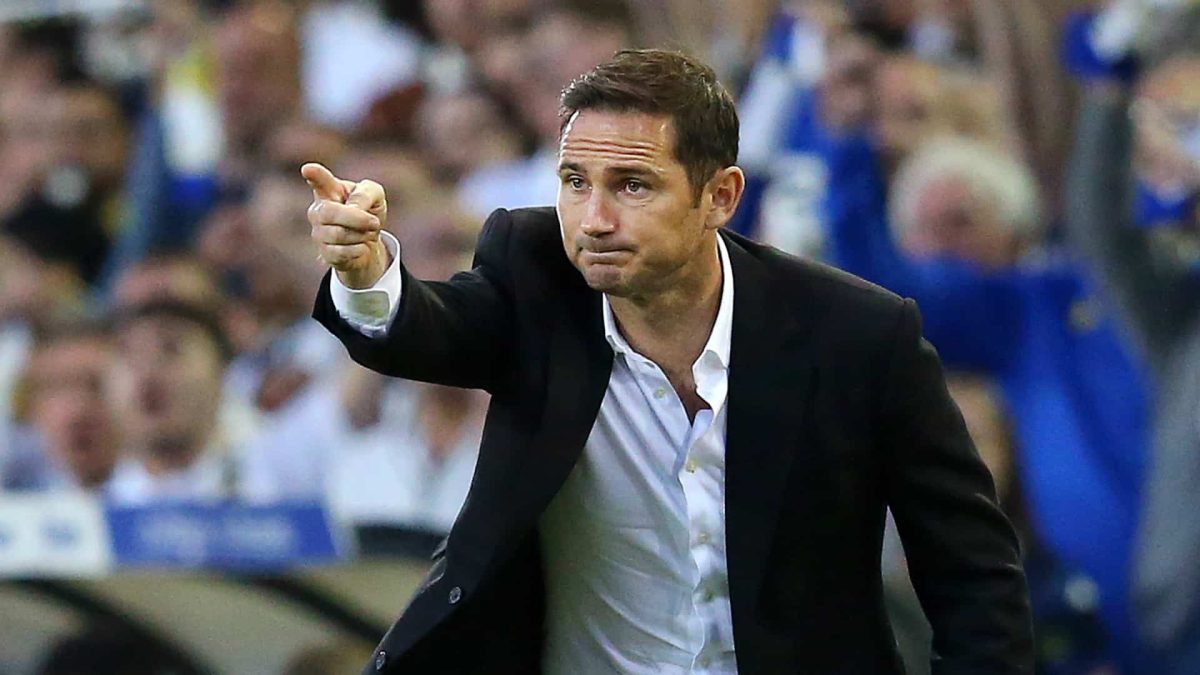 There will be plenty of people lambasting us for including Erik Ten Hag in this list after Manchester United beat Liverpool the other night. We would suggest they have short memories! Yes, United won Monday night and, yes, they looked a vastly superior side than what we're used to seeing from them in recent times but that is a very low bar to hold this club to. Cast your mind back just a week or two and remember just how poor United were against Brighton and Brentford; one win doesn't make that disappear – even if it was against their rivals.

Past managers Ole Gunnar Solskjaer and Jose Mourinho had multiple standout victories during their tenures at Old Trafford with the latter even winning two pieces of major silverware – it counts for little if things start to go wrong. The positives of the Liverpool game do, of course, reduce the pressure on Ten Hag and he probably is now unlikely to be the first head to roll, however, with two games coming up against Southampton and Leicester they have to follow up on these three points. Anything less than four points from those two games and Ten Hag will go into a match up against Arsenal with questions to answer yet again.

There would not have been many people that had Chelsea being winless at this stage of the season but, hey, here we are. The club have obviously been through a bit of a strange time of late what with sanctions against former owner Roman Abramovich and then the takeover that saw Todd Boehly arrive at the helm. Thomas Tuchel is supposed to be the consistent face of the Stamford Bridge regime but his position isn't one that is free from risk.

Sure, you can point to his past success; the main thing being his Champions League win back in 2020/21 but the former Dortmund coach still has some big question marks against him. Look at last season; Chelsea went big in the transfer market to bring in Romelu Lukaku and, after a drab season, he's been loaned out to the club Chelsea bought him from – Inter Milan. That is embarrassing. If you then look at Chelsea's struggles for goals and you can be forgiven for questioning Tuchel's ability to get the best out of the attackers he has had at his disposal. Throw in another result or two like what happened at Leeds at the weekend and the knives will be getting sharpened.

This list of managers at risk of the sack is turning into a bit of a who's who from Chelsea's past with Brendan Rodgers joining Lampard and Tuchel in our list. It's unavoidable though with the Foxes looking pretty poor right now. Leicester are currently in the Premier League bottom three having taken just one point from a possible nine and you do watch them wondering where the points are going to come from. The Foxes have no right to dine at the top table but expectations have been heightened through their famous title win and FA Cup triumph and fans are growing restless of what can, at best, be described as stagnation.

Jamie Vardy is still a key player at the sharp end of the pitch despite being 35-years-old whilst other big players such as James Maddison, Youri Tielemans and Wesley Fofana have all had their heads turned. Despite all that attention on their star assets, Leicester have made no moves in the transfer market and questions are now being asked as to whether or not Rodgers is the right man to take them forwards. Our view is that they'd be mad to sack him but results are what matter and, right now, Leicester's results aren't good enough.

We end our look at possible sack race candidates with Steven Gerrard. Gerrard arrived at Villa Park amid a wave of optimism for what he'd achieved north of the border with Rangers. Despite green shoots when first landing in Birmingham though, the heatwave has started to take its toll with Gerrard and co not exactly on the forward trajectory they thought and hoped they'd be on; they ended last season with no win in four and this season has seen them lose two of their opening three games. As it happens, the only win on their record came over Lampard's Everton!

A win from three games in itself isn't a disaster. The trouble Gerrard faces is around the active transfer market and expectation levels at Villa. With Boubacar Kamara, Philippe Coutinho and Diego Carlos all joining the club on permanent deals the idea was Villa challenge to break into the European places. At this moment in time the results nor the football on show suggest that is close to happening. As for Gerrard, is he already showing cracks? Stripping Tyrone Mings of the captaincy was certainly a bold shout. With West Ham, Arsenal and Man City their next three league games things could soon sour! 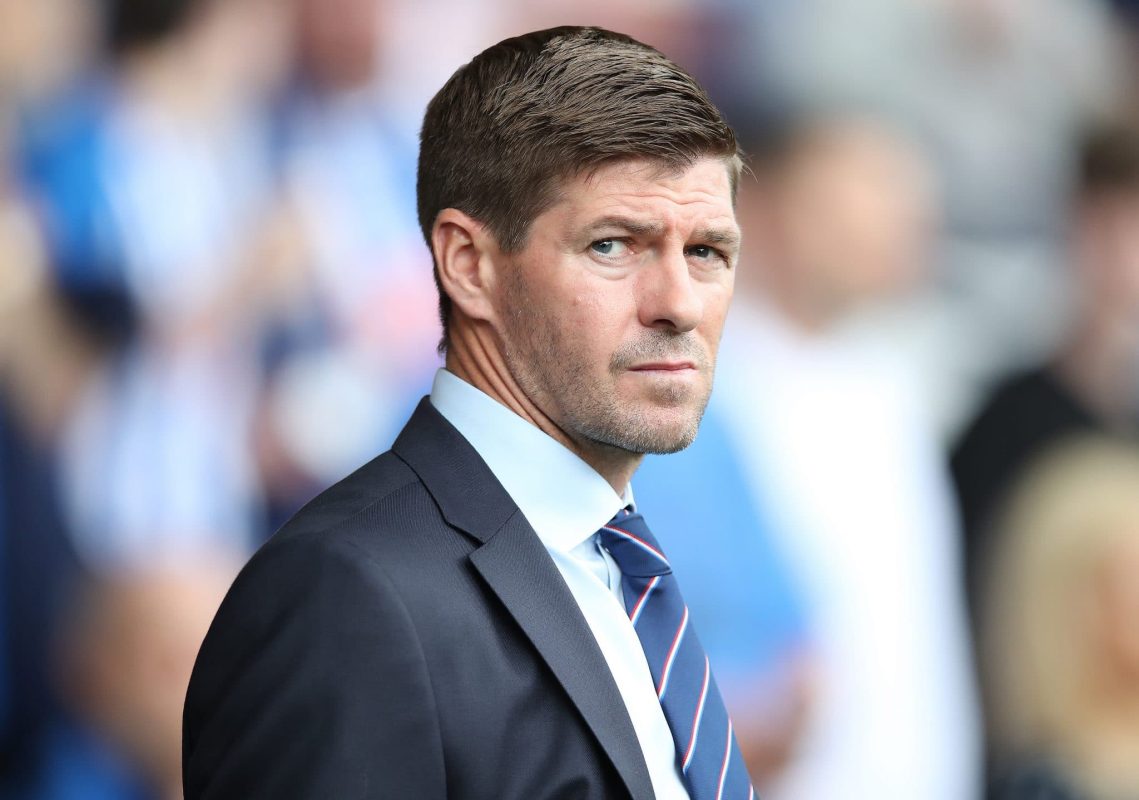 There you have it, the under pressure Premier League managers.