Winnings fouls can be an art form. There are those players, usually attackers, who know how to get their body in front of an opponent to draw contact in dangerous areas.

There are certain challenges – innocuous trips for instance – that can irk referees, while other thunderous and potentially reckless tackles can be let go.

Which of these fouls receive yellow cards appears to be random, the luck of the draw. But is that really the case? Are there players who are experts in getting opponents booked?

The answer to that question…. perhaps. Which is why we've looked into the players who have got the most opponents booked over the Premier League season so far.

Two unexpected names are equal in tenth place, although Torreira secures his spot by sheer virtue of being fouled an awful lot. The Arsenal midfielder has been brought down on 20 more occasions than Watford forward Success (64 and 44 respectively).

Torreira has been a hit at the Emirates since joining from Sampdoria in the summer. And while he's collected six yellows and one red card in the top flight this term, he's proven adept at ensuring opponents join him in the referee's notebook.

Success, meanwhile, has been fouled very often in quite a short space of time. He's played just 951 Premier League minutes this term, meaning there's a card-worthy offence inflicted upon him just over every 105 minutes.

*fouls suffered that have resulted in a card for the opponent. 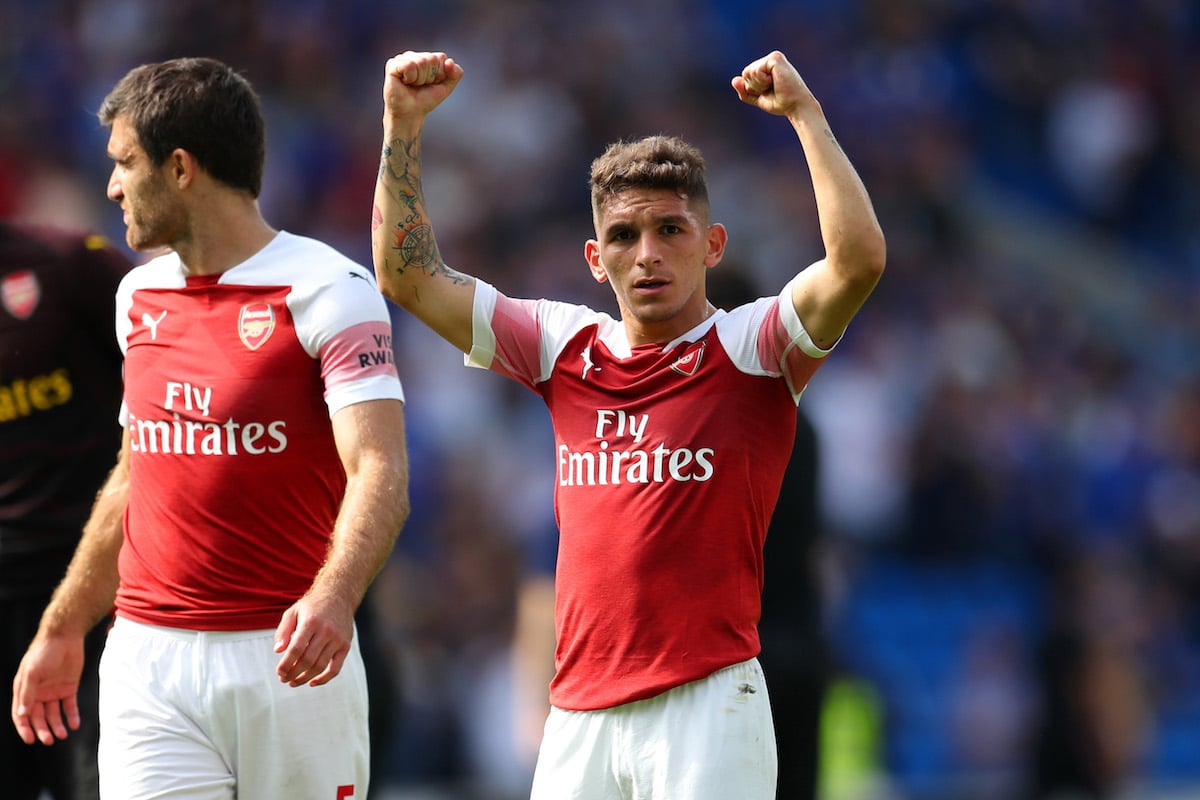 The Manchester United midfielder isn’t the typical candidate for getting opponents booked but the World Cup winner dribbles a lot for a central midfielder.

And it's during these bursts with the ball – he averages 1.8 successful take-ons per 90 – that Pogba is often being brought down. Perhaps, given his stature, referees feel that if the French star is felled, it must have been a foul worthy of a yellow.

This is one of the few lists where a Cardiff City player will make the top ten.

Murphy is a surprisingly high-volume attacking player; he attempts 4.6 take-ons per 90 minutes, the second-most of any Premier League midfielder, and takes 2.49 shots per 90 too.

Unfortunately, he's successful with just 38 per cent of these take-ons and his shot map isn't the most inspiring, with very few chances of decent quality. 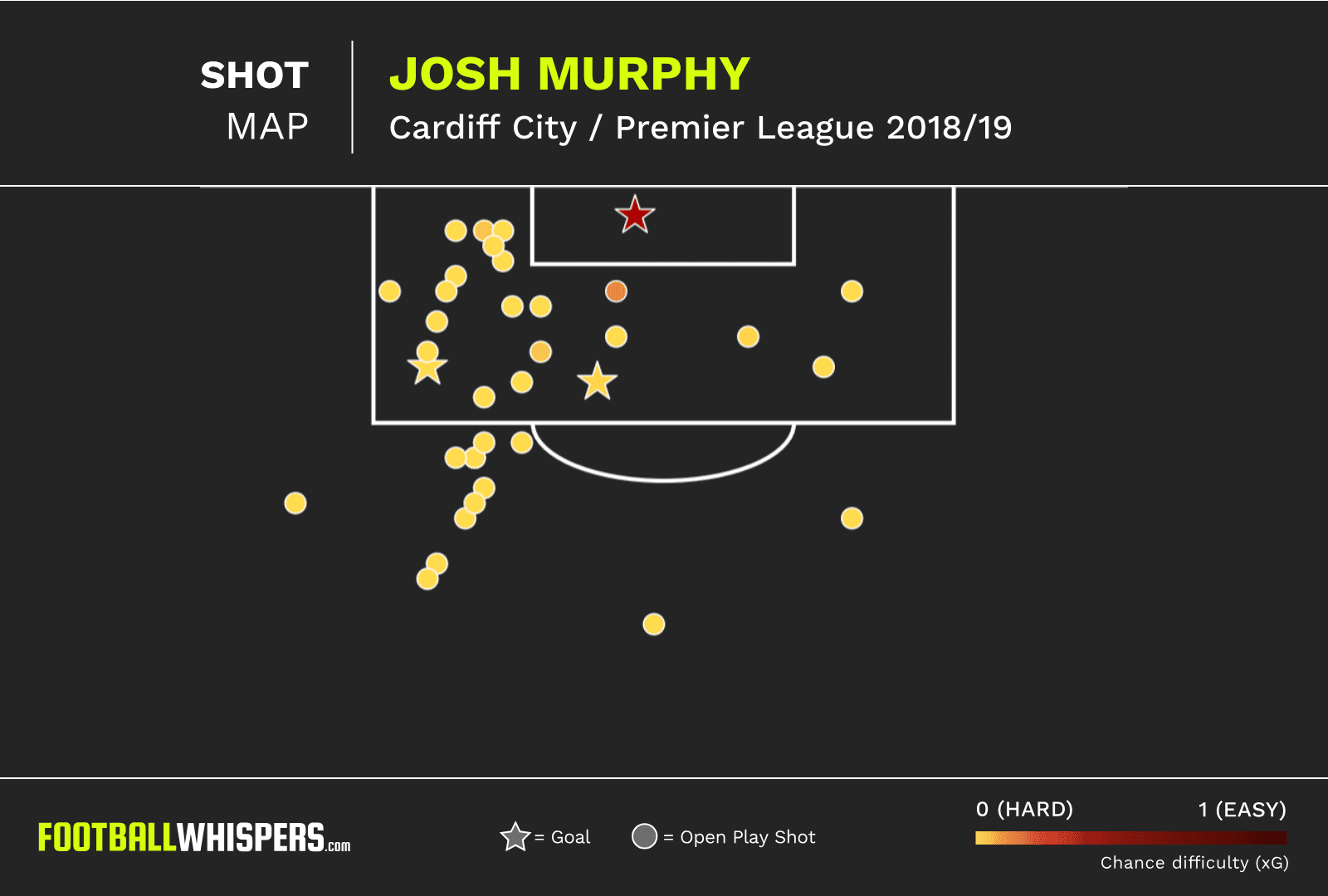 When it comes to getting opponents booked, though, there are very few better in the Premier League. It's a victory for the Cardiff winger, but admittedly only a small one.

Maddison has caught several people by surprise this season at Leicester City, and it’s clear opposition defenders are in that group.

The 22-year-old has been on the end of a dozen challenges that have resulted in bookings for the opposition, add these to his six goals and six assists in the top flight and it's evident the Englishman is a handful.

Anderson, meanwhile, is another Premier League debutant who's proven a constant thorn in the side of defenders. The Brazilian excels in other areas, too, he is twelfth for expected goals assisted this season.

There was plenty of hype around the Brazilian at the start of the season, thanks in no small part to his £35million move to Goodison Park from Watford.

He started off in excellent form, too. But in recent weeks Richarlison's form has faded. He has 12 Premier League goals this term but only four of those have come since Christmas.

He is, however, getting opponents booked with regularity. So is still affected games, just in a different fashion.

We're getting towards the top of the list now, and you may notice a theme in the type of player.

First up is Jota. The Portuguese is ranked so highly by virtue of efficiency. He requires just 2.26 fouls against him per card, the second-lowest rate in the Premier League.

The scrappy 22-year-old showed against Manchester United in the FA Cup that he can stay on his feet when he wants to though. 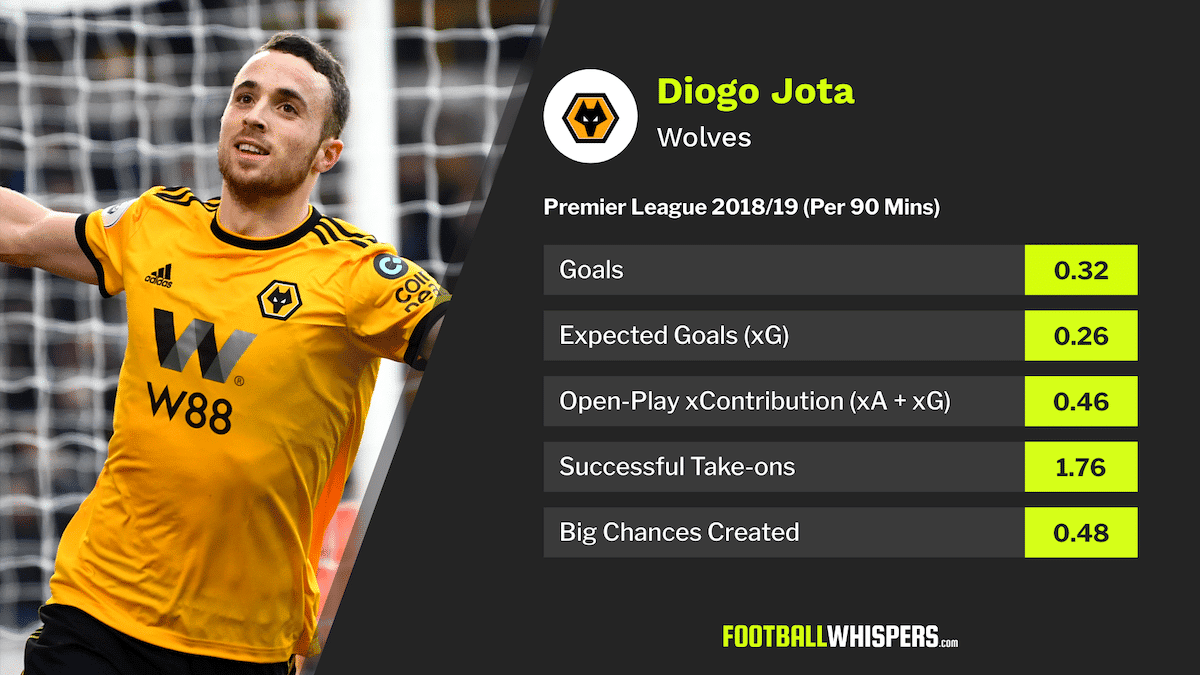 A trio at the top of the tree.  These are three players no defender wants to be against one-on-one in the Premier League as it's likely a challenge will result in a booking.

Crystal Palace fans might be concerned about Zaha's end product compared to the other two, though. Ryan Fraser has six goals and ten league assists; Hazard nine non-penalty goals and 11 league assists.

Zaha has eight goals and only two assists in the league this term, although he's created shots worth 4.1 expected goals.

Those twin assists may reflect unfairly on him, then. After all, you need someone to get on the end of chances for it to be worth setting them up, and Palace were without that for most of the season.