It was on August 8 that the transfer window closed for Premier League sides. Chequebooks were closed, safes were locked, and internet banking accounts were logged out until January.

Across Europe, however, the window remains very much open. And while English top-flight sides can no longer sign players, they are able to sell.

Premier League clubs have plenty of fat to trim from their respective squads and sides across the continent are all on the hunt for a potential bargain.

So Football Whispers have identified seven players – and a smattering of others – who could still depart this summer.

Perhaps the only player on this list a club's fanbase would be genuinely disappointed to lose.

Over the past six seasons, the Dane has established himself as one of the Premier League's finest creators. Yet this summer could be the last opportunity for Spurs to receive a fee for the 27-year-old.

Eriksen is out of contract in 2020 and isn't willing to sign a new deal. He even went public with his desire to leave at the start of this summer.

“I feel I am at a stage of my career where I would like to try something new,” Eriksen told the Danish newspaper Ekstra Bladet. “I hope that something will be decided this summer. That is the plan.

“In football you never know when there could be a decision like that. It could be at any point. The best thing is always for it to happen quickly but in football things take time.” 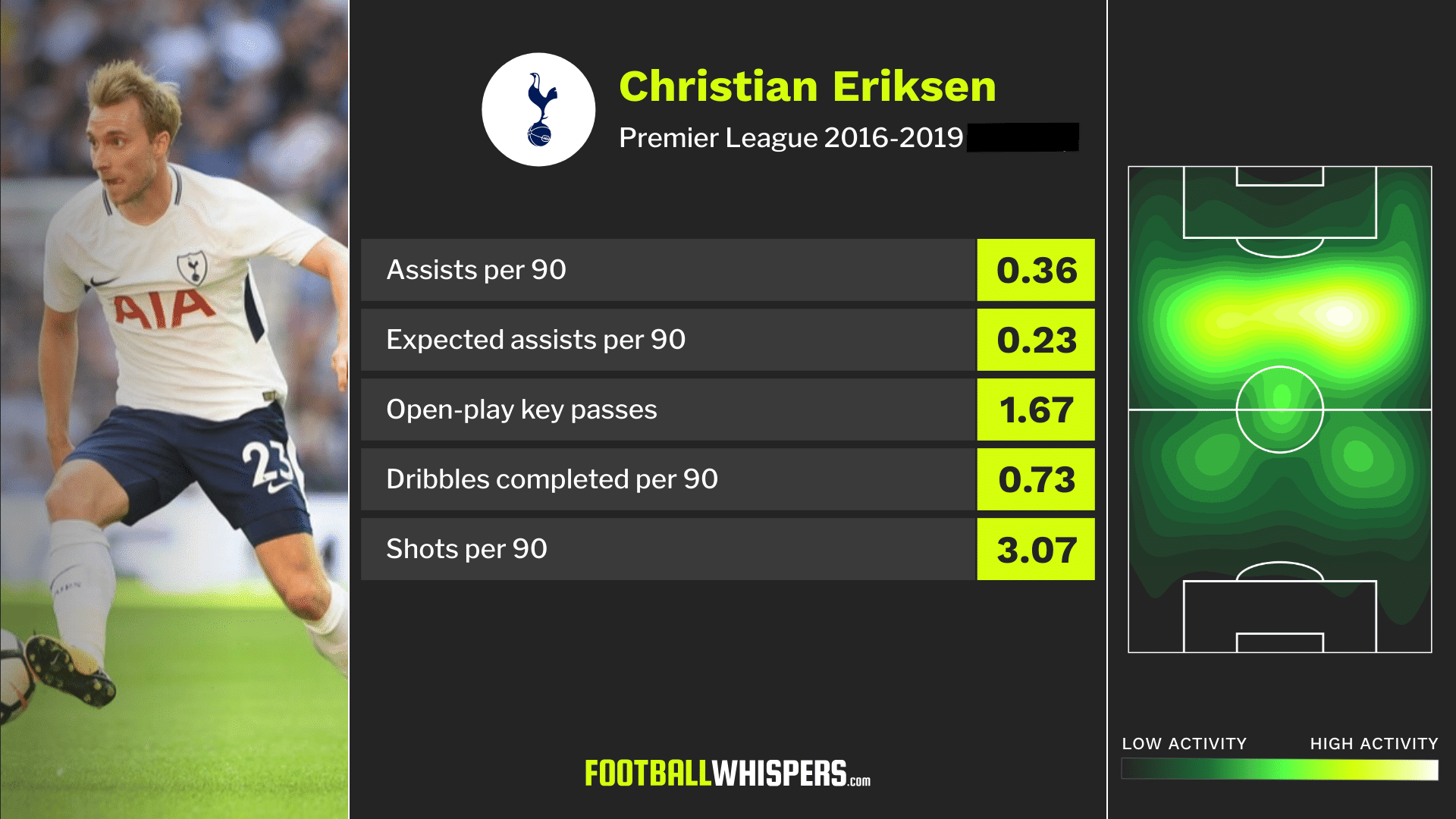 Eriksen's importance to Spurs remains undiminished; that was evident on the opening weekend of this season.

Against Aston Villa, without the Denmark international on the field, Tottenham managed 12 shots in 64 minutes and trailled 1-0. After Eriksen was introduced, Spurs registered 19 shots and three found the back of the net.

In January, Eriksen can speak to overseas clubs about a move at the end of his contract.

Real Madrid have long been linked with the midfielder but the LaLiga champions have yet to submit a formal offer. Barcelona and Juventus are also admirers but neither can finance a deal this summer.

So it may be Los Blancos or bust for Tottenham.

There was a time when the German was a respected and valued central defender. It's just not easy to remember when that time was.

The best guess is the summer of 2016. That is when Arsenal decided to part with more than £35million to sign Mustafi from Valencia. It has proven an expensive mistake.

The 27-year-old has made more than 35 appearances in each of his three campaigns at the Emirates but has never convinced. His mistakes and lapses in concentration have proven costly, Gunners boss Unai Emery is not as patient as his predecessor, Arsène Wenger. 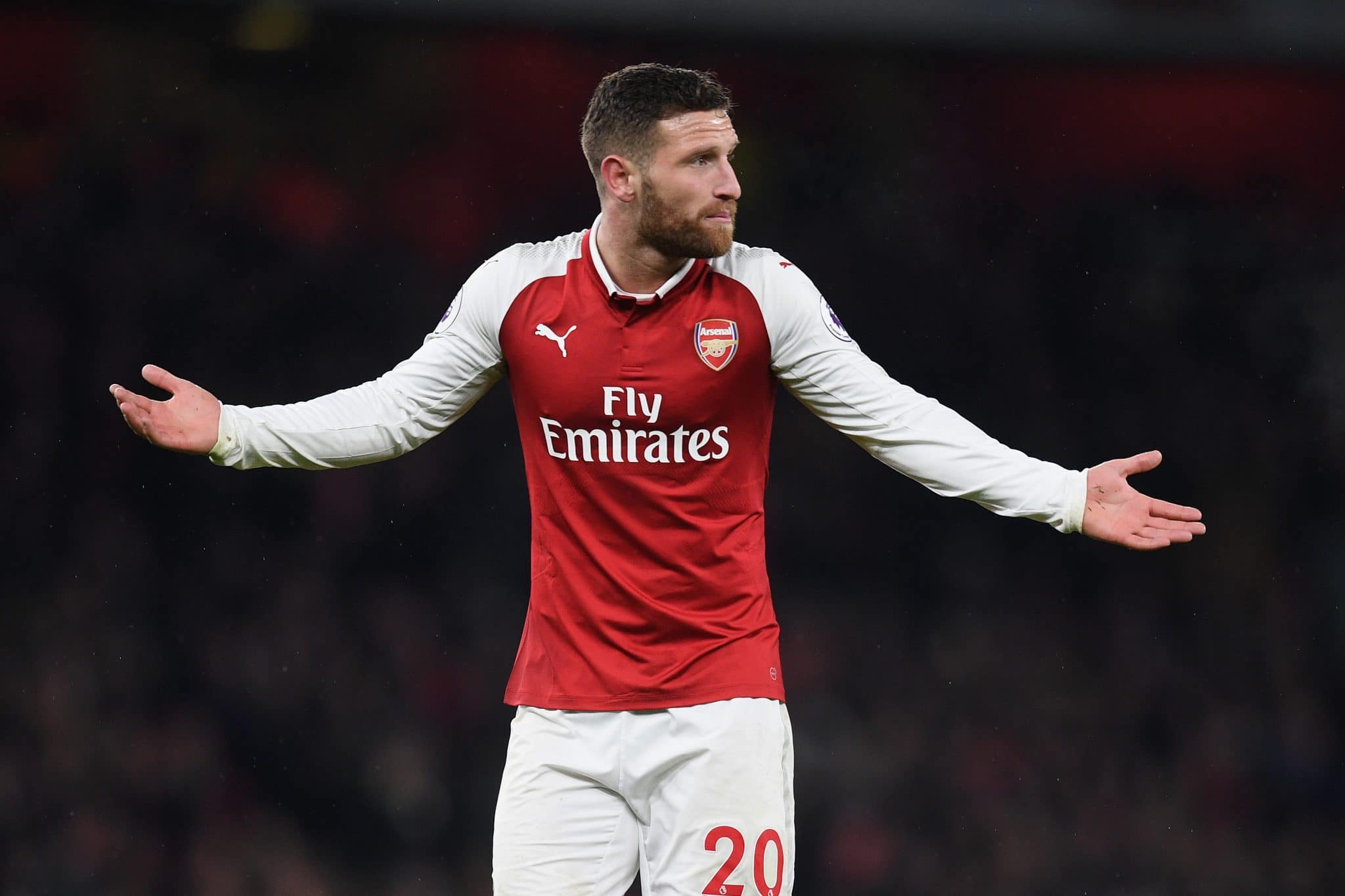 Emery wants Mustafi – and team-mate Mohamed Elneny – to move on before the European window closes.

He said: “I spoke with them a lot of times in pre-season, and I think it is positive for them to leave and sign for another team where they can be protagonists, be happy and continue their careers.”

The problem Arsenal face is there isn't exactly a market for an error-prone defender, especially given he won't come cheap.

Monaco – more on them later – have been linked. Roma, too. But neither want to sign Mustafi permanently and a loan move away appears to be the defender's likely exit route.

When Manchester United announced in March 2018 that Rojo had agreed a new three-year contract, few could understand why.

The Argentina international had never cemented himself as a first-team regular at Old Trafford after his move from Sporting in 2014 and had only made more than 30 appearances in a season on one occasion.

Yet José Mourinho was certain it was a positive move for United. “Marcos has gone from strength to strength over the past couple of seasons and has always shown great professionalism,” the Portuguese said.

A little over a year on and Rojo isn't wanted by United. Everton attempted to sign the 29-year-old before the English window closed but a deal was pulled as the Red Devils didn't want to sell to a rival, a depressing reality in itself.

Fenerbahçe were thought to be interested but the Turkish giants can't afford to match the rather ludicrous £160,000-a-week wage he is earning in Manchester.

United will hope a compromise can be agreed.

The summer of 2017 may go down as one of the worst in Chelsea's recent history – especially from a transfer business perspective.

And Bakayoko arrived from Monaco for £40million… and he will leave on loan once again if the Blues can find the right club. 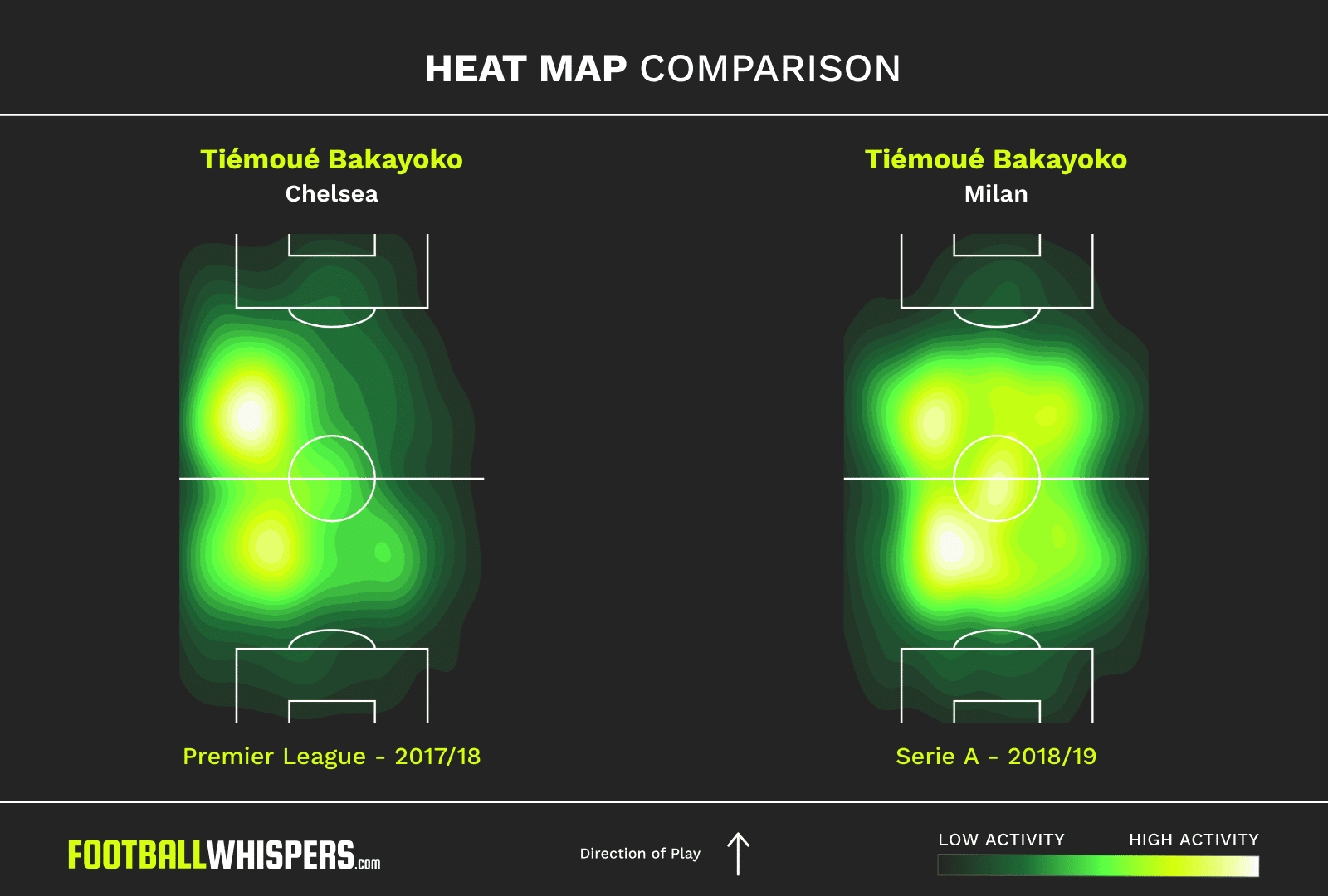 Add in Antonio Conte's spat with Diego Costa which led to the striker leaving Stamford Bridge and it isn't unfair to claim this summer's transfer window – in which the Blues were banned from signing players – was far more successful to that of 2017, although Antonio Rüdiger did arrive from Roma.

Much was expected of Bakayoko when he joined Chelsea. He played a crucial role in the 2016/17 season as Monaco stunned Europe to reach the Champions League semi-finals and usurped Paris Saint-Germain to win Ligue 1.

His first season at Stamford Bridge was nothing short of disastrous. He didn't get a second and was packed off on loan to Milan, where he impressed before falling out with the club's head coach Gennaro Gattuso.

Back at Chelsea this summer, it's clear Bakayoko isn't wanted by new Blues boss Frank Lampard. A return to Monaco is on the table, although Chelsea hope a club in the Champions League enter the fray as a bigger stage equals a better opportunity to recoup the £40million spent.

The Croatian had something of a renaissance after Virgil van Dijk arrived at Anfield in January 2018 but injuries meant he lost his place in the side last term and he is now Jürgen Klopp's fourth-choice centre-back.

It's little surprise then Liverpool are prepared to cash in on Lovren before the European window closes, although it's unlikely they will find a side willing to pay £20million for the inconsistent 30-year-old.

That is what put Roma off a deal for the defender. Milan were linked with a loan move but that interest appears to have fizzled out. Which leaves Bayer Leverkusen.

The Bundesliga side are prepared to pay a £2.75m fee to bring Lovren to Germany on an initial loan deal. However, they can't afford to match his £155,000-a-week wages.

With Liverpool under no real pressure to let the Croatia international leave, the pressure is on Bayer to find a deal that works for all parties.

In the summer of 2017, Chalobah decided to turn down a five-year contract at Chelsea and join Watford. It was a decision borne out of a desire to play regular first-team football. At Vicarage Road, he would be given that.

But four games into the season Chalobah fractured his kneecap injury in training. It is an injury from which he is yet to truly recover.

Almost two years on and, despite having earned a first England cap, the midfielder has made just 17 appearances for the Hornets, the last of which came against Chelsea in May. 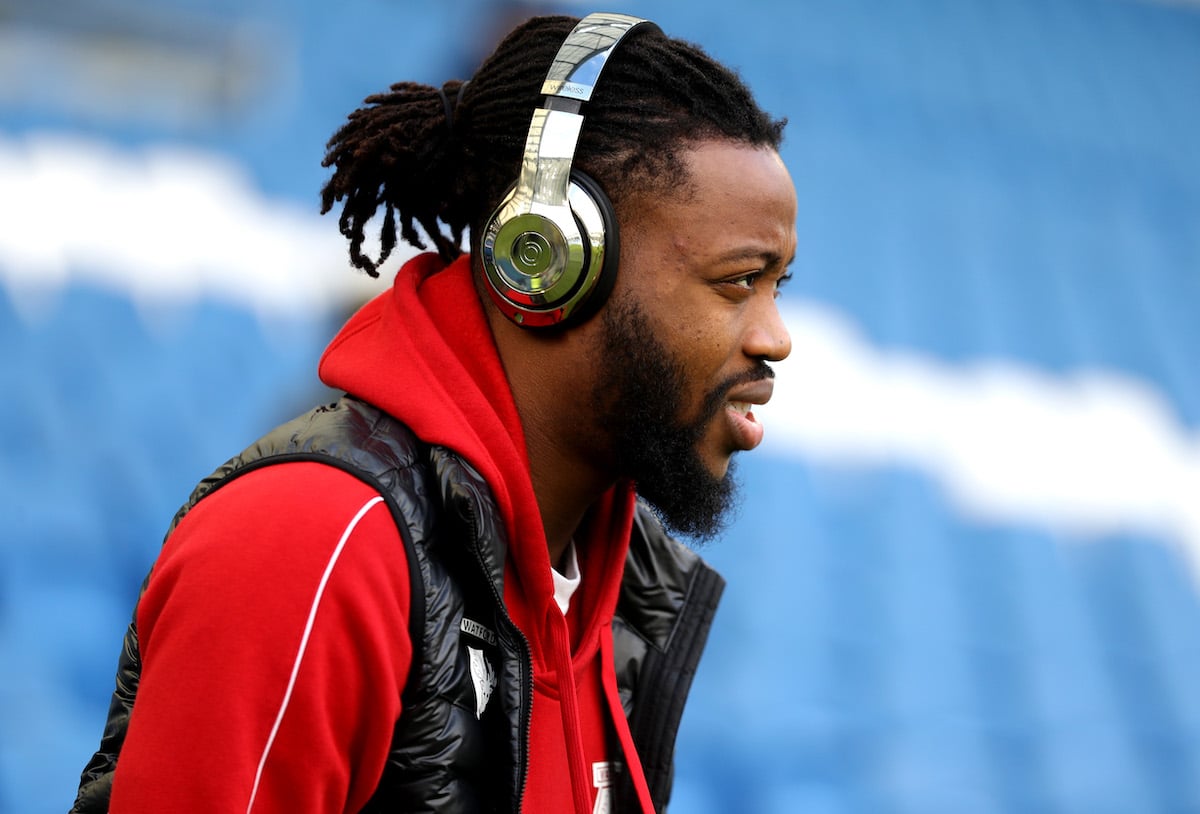 Unable to break up the partnership established by Abdoulaye Doucoure and Étienne Capoue, Chalobah hasn't featured in a match-day squad this season. His career has stalled.

There was interest from Premier League newcomers Norwich City and Sheffield United but no deal was struck. A move abroad is a possibility and Chalobah enjoyed a season at Napoli in 2015/16.

“For me it was probably the biggest turning point of my career,” he told the Golazzo podcast last year. “I was cover to Hamšík, so just kept watching him and see what he does that I could add to my game. Like I said, it was one of the biggest changes in my career at the time.”

Chalobah wanted to shake off his ‘loan ranger' tag but for the sake of his career, he must look to temporarily escape Vicarage Road in the coming days.

There is likely to be something of a firesale at St Mary's before September 2. A number of players need to be shifted, such as Cédric Soares, Wesley Hoedt, Mario Lemina, Guido Carrillo and Boufal.

The Moroccan spent last season on loan with Celta Vigo and made 35 appearances for the LaLiga side, who battled relegation for much of the campaign.

Boufal's return of three goals and four assists for the Galicians didn't revive hope he could become a star at Southampton, though he did lead Europe's top five leagues in dribbles attempted per 90 (9.61) and dribbles completed per 90 (6.18). 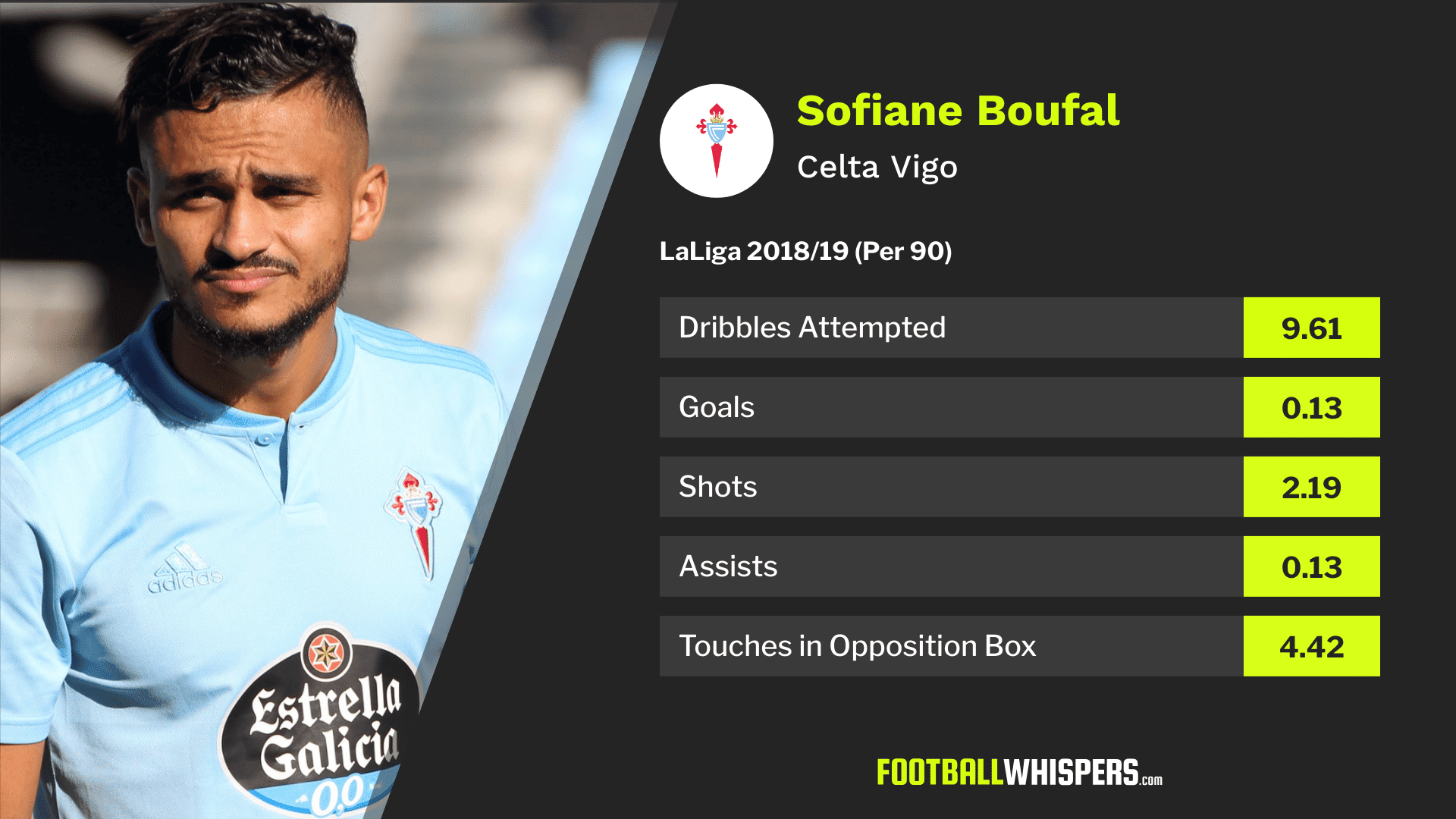 That individualism can win matches – Boufal scored a wonderful goal for Southampton against West Bromwich Albion in 2017 – but it's also why Boufal hasn't been able to establish himself with the Saints.

The Premier League side want around £10million for the winger they signed from Lille in 2016. A return to France, where Boufal earned comparisons to Eden Hazard, is likely to appeal.