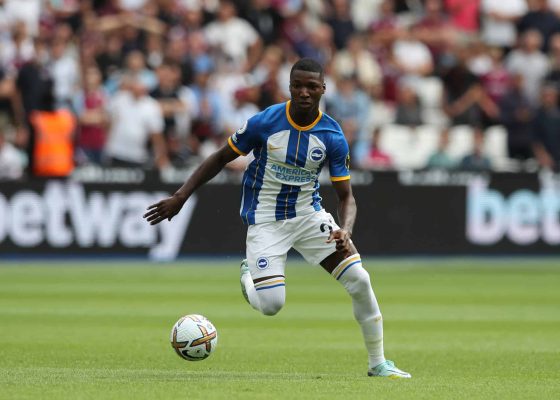 Brighton have come on leaps and bounds in recent years, with manager Graham Potter, his staff, his players and indeed those working hard behind the scenes, all playing their part.

The team effort culminated in the club securing ninth place in the 2021/22 Premier League campaign, Brighton’s highest ever top flight finish. The Seagulls have continued their fine form into the new season, with Potter’s side sitting fifth in the league table, with two wins and a draw from their opening three matches.

And the success has come despite the club being raided by the league’s biggest clubs. It is not an uncommon theme in world football, with the likes of Dutch outfit Ajax and Austrian side RB Salzburg all-too-familiar with losing their star players just moments after they burst onto the scene.

Brighton have joined this list in recent years, with just the top four of their outgoings culminating in over £150m. All four transfers took place either this summer or last summer.

Sitting top of Brighton’s list of record departures is left-back Marc Cucurella, who earlier this month joined Chelsea for a reported fee of £60m. The Spaniard only moved to the Seagulls last summer, joining from La Liga side Getafe on a contract until June 2026.

But the Blues came swooping in with a mega-money move, one that Brighton simply couldn’t turn down. The south coast club signed Cucurella for just £15.4m, and so have made a huge profit on the young defender.

His single season in blue and white stripes, while brief, was superb, with supporters appreciating his efforts at both ends of the pitch. It was evident that the Spaniard had spent many years plying his trade in the academy of Barcelona, such was his talent with the ball at his feet.

The left-back made 38 appearances in all competitions last season under Potter, but has already put his time at the Amex behind him, playing a part in both of Chelsea’s opening two matches this season.

After plenty of pursuit, Arsenal finally got their man in July 2021 when they signed Ben White from Brighton for £50m. It came immediately after the defender finally made his breakthrough with the Seagulls, having previously been loaned out on several occasions.

White started out way back when at Southampton, but made the switch to Brighton’s academy in 2016. Working his way through the ranks, he was forced to follow the path that many young players must go through, with his first loan spell coming with League Two outfit Newport County.

Up next was League One side Peterborough United, with then-Championship club Leeds coming next. The defender played all 46 games for the Yorkshire side, with his outstanding displays prompting Brighton to throw him into the first team once and for all.

But it lasted just one season, with the Gunners doing all they could to bring the youngster to north London. He has since gone on to become a regular under Mikel Arteta, starring both at centre-back and in more recent times at right-back. It was another sensational bit of business from Brighton, selling the academy graduate for such a high fee.

Joining Cucurella in this summer’s departure list is Yves Bissouma, who joined Tottenham Hotspur in June for a reported initial fee of £25m, which is expected to rise to £35m with add-ons. In the current market, it could just prove to be an absolute steal from the north London outfit, with the midfielder slowly but surely getting his Spurs career underway after a spell on the sidelines. 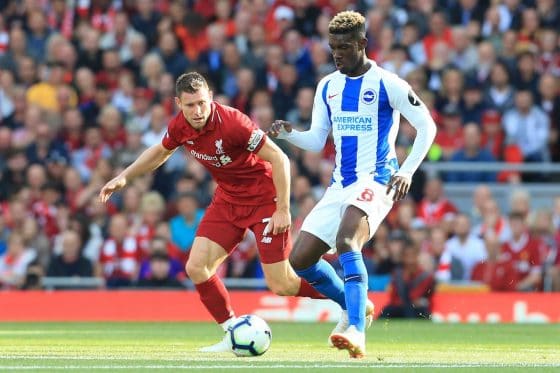 Signed by Brighton from Ligue 1 side Lille in July 2018 for £15m, Bissouma represents another shrewd bit of business from the Seagulls. They got four superb seasons out of the Mali international, who ran the show in midfield, pulling the strings and breaking down opposition attacks. He also chipped in with the odd wonder goal over the years.

Spurs have been busy in the transfer market this summer, bringing in the likes of Ivan Perisic from Inter Milan, Richarlison from Everton, and Djed Spence from Middlesbrough, as they look to strengthen all over the pitch.

Bissouma will undoubtedly provide competition for places in the middle of the park, with Pierre-Emile Hojbjerg and Rodrigo Bentancur getting the two starting spots in the two matches so far. But given the club are heading into the Champions League group stages, coupled with the fact that Bissouma is now over his injury struggles, he can expect plenty more minutes in the months to come.

In typical Brighton fashion, the selling of Dan Burn also represented a healthy bonus for the club. The Seagulls signed the six-foot-six defender from Wigan for just over £3m back in 2018, loaning him back briefly to the Championship club, before he became a permanent fixture of Potter’s side.

After two-and-a-half fantastic seasons at the Amex, Newcastle and their new money came calling, with Burn finding it too difficult to say no to his boyhood club. Brighton made a £10m profit on the defender, who has gone on to become a firm favourite at St James’ Park.

He was undoubtedly in the best form of his career during his time in blue and white stripes, but followed in the footsteps of Cucurella, White, and Bissouma in moving to a seemingly more exciting project. Brighton have, however, ensured they have at least kept the pace with the richest clubs in English football so far this season.

Burn made 85 appearances for the south coast side, showing his versatility through roles at both centre-back and left-back. It’s a feat that he has repeated with the Magpies, playing centrally in the season opener against Nottingham Forest, before switching to a wide role for Saturday’s reunion with Brighton, where he filled in for the injured Matt Targett. 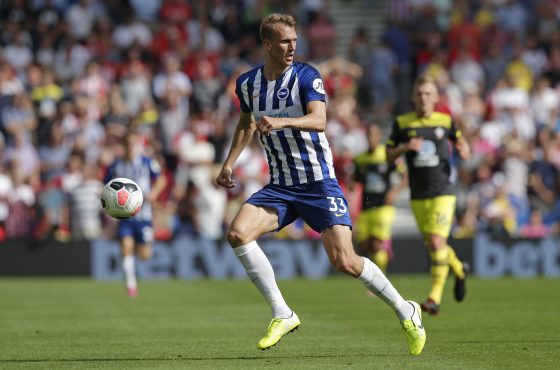 Which other players have Brighton sold for profit?

Brighton’s astute business is by no means limited to just four players, with the likes of Anthony Knockaert and Leonardo Ulloa also on the list. Both left the club for around £10m, having been signed for £3.2m and £1.6m respectively.

Current midfielder Moises Caicedo could join the list very soon, with both Manchester United and Arsenal reportedly interested in the 20-year-old. The Ecuadorian moved to Brighton last year for £4.5m, spending last season on loan at Belgian side Beerschot. But he has now made himself a permanent fixture in defensive midfield under Potter.