It took Robbie Keane only four years to climb to football's summit.

Starting out at second-tier Wolverhampton Wanderers – whom he'd joined on a full-time basis just a year earlier – the Irish striker made his first-team debut aged 17, scoring twice against Norwich City in August 1997.

In 1998, while still 17, he made his senior international debut for the Republic of Ireland, scoring his first goal for his country later that year.

Then came his record-breaking £6million move to the Premier League's Coventry City in the opening weeks of the 1999/2000 season. After just two full campaigns in the Wolves first team, the Sky Blues had seen enough to justify making Keane, still only 19, the most expensive teenager in British football history.

Then things took a turn for the ridiculous. After just one season in the English top flight, in which he scored 12 times for the 14th-placed Highfield Road club, Keane was on the move again. To Serie A, at the time the most exotic, prestigious and talent-rich division in world football. To join Inter Milan, where he would rub shoulders with Ronaldo, Christian Vieri and Clarence Seedorf.

Keane had come an awfully long way, both literally and figuratively, from his humble beginnings growing up in a working-class superb of Dublin. He'd gone from being one of the most sought-after young strikers in the English game at Wolves, courted by Manchester United among others, to the elite of European football, his £13million move to Inter the culmination of the most rapid of rises. 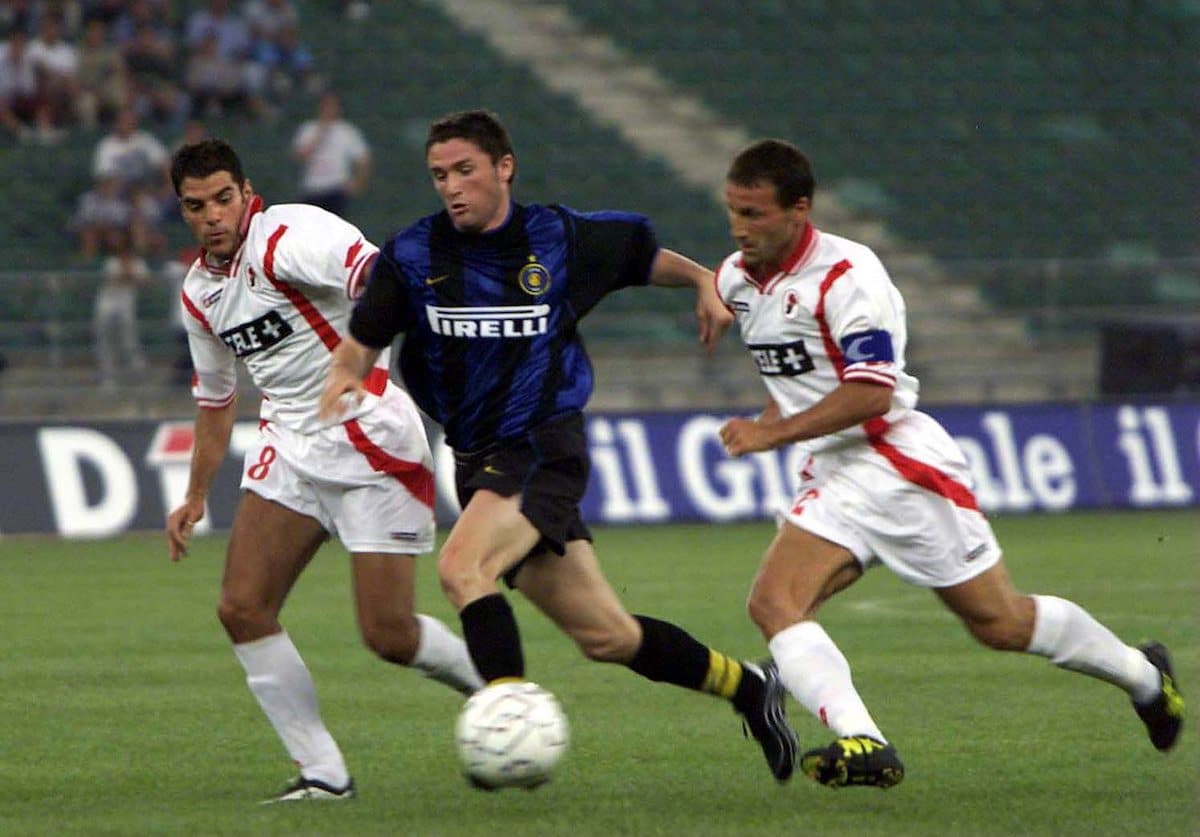 “It all happened so fast that it seems [like] a dream,” Keane admitted in an interview with Gazzetta dello Sport, just days after his head-spinning move to Italy.

Ultimately, joining Inter proved to be a step too far, too soon for the Irishman, who found himself drowning in the deepest of talent pools. He struggled to adjust to life as a 20-year-old in a new country, unable to speak the language.

Although his dream move to Italy proved disappointingly unfruitful, Marcello Lippi, Inter's manager at the time, remembers Keane fondly. “At that time at Inter, they had a policy of going for young players and Robbie Keane was the best one that I saw,” the 2006 World Cup winning coach said. “He had good technique and he was a good striker.”

After only six Serie A appearances and no goals for Inter, Keane returned to England, joining Leeds United on loan in December 2000, never to return to the Italian giants.

Leeds were sufficiently impressed by Keane's nine goals from 20 games in the second half of the season make his Elland Road switch permanent, agreeing a £12million fee with Inter.

“We are buying potential, not the finished article,” said then-Leeds boss David O'Leary, in recognition that, while supremely gifted, Keane remained a rough diamond in need of refinement. “He is out of the Alan Shearer mould – mentally strong. He is going to be a great player.”

Still seemingly reeling from how quickly his upward trajectory had plateaued after leaving Coventry in 2000, though, Keane struggled in his first season under contract at Leeds, quickly slipping down the pecking order before joining Tottenham Hotspur in 2003.

And at White Hart Lane, Keane found a home. Not since his early days at Wolves had he been given such a blank canvas upon which to develop his craft. At Coventry, he had a price tag to justify; at Inter he was overawed by the gravity of his new surroundings; and at Leeds, a team spending big to build towards title contention, there was little patience.

Spurs were different. Keane had joined a club whose fans had a long history of taking gifted creators into their hearts, giving leeway to special talents capable of exciting – from Danny Blanchflower to Glenn Hoddle, from Ricky Villa to Paul Gascoigne. Indeed, Hoddle, who was Tottenham manager at the time, insisted Keane could make White Hart Lane his “spiritual home”.

Keane, now 22, began to deliver on the promise of his teenage years. Allowed to operate as a second striker, dropping into “the hole” between the opposition's defence and midfield, his game intelligence and off-the-cuff link-play came to the fore.

He scored 62 goals in is first four seasons with Spurs, before the arrival of Dimitar Berbatov in 2006 took his game to greater heights still. 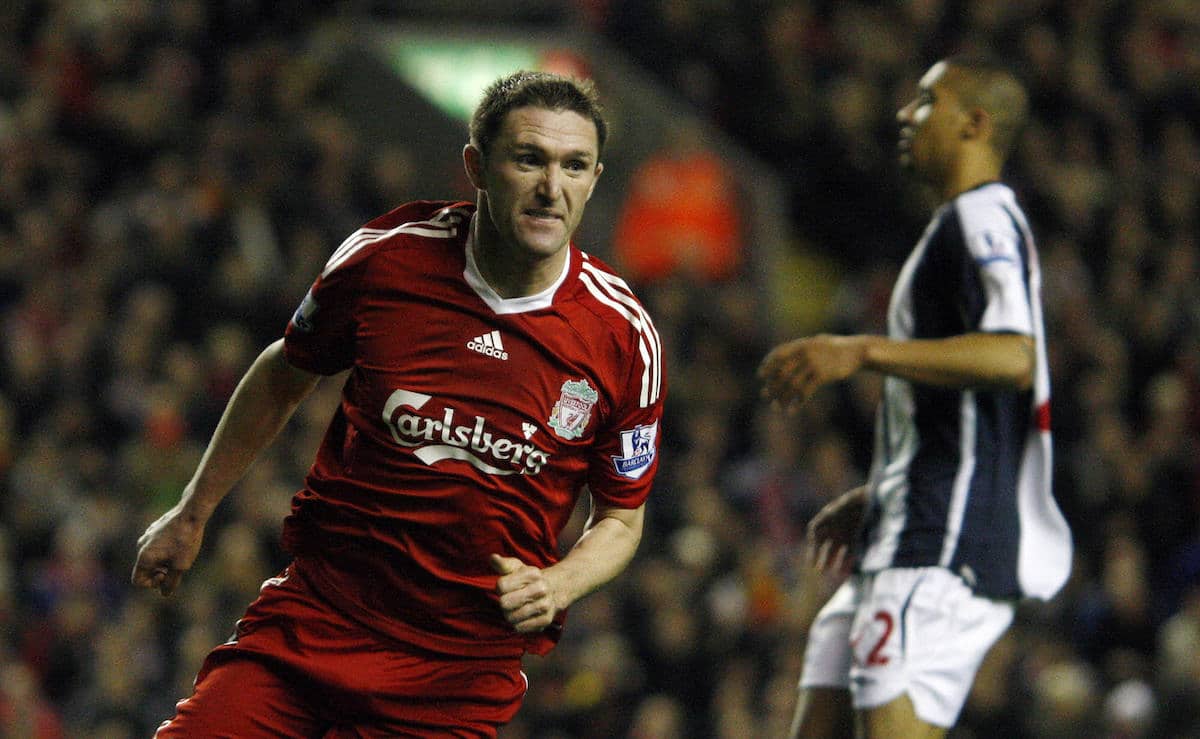 In Berbatov, Keane had been given a kindred spirit with whom to share his spiritual home. Rather than form a traditional strike partnership whereby one acts as creator, the other as scorer, Keane and his Bulgarian cohort would take turns dropping deep and breaking in behind, their telepathic understanding outfoxing Premier League defences.

In his two seasons alongside Berbatov, Keane produced his highest single-season goals returns in English football, with 22 in 2006/07 and 23 the following term.

Such superlative form scored dream moves for both of Tottenham's dynamic duo in the summer of 2008, as Berbatov joined Manchester United for £30million and Keane signed for Liverpool in a £19million deal.

“You can see that he is one of the best strikers in the division,” Liverpool manager Rafael Benítez said of Keane upon signing the Irishman. “He’s a player that is a good professional, he has a good mentality.

“Every manager would be really pleased to have Keane in his squad.”

While Keane's quality was never in question, and he had proved over several seasons he was good enough to play for a side with ambitions of silverware at home and in Europe, his Liverpool stay was doomed from the offset; he found a positional rival at Anfield who was simply immovable.

“I was initially delighted when we signed Robbie Keane because he had done terrifically well alongside Dimitar Berbatov at Tottenham,” Steven Gerrard wrote in his autobiography, My Story. “But he wanted to play as a number 10 at Liverpool. I felt we didn't need him in that position as I was doing so well in the role.

“He was a good addition to the squad but I worried it could become a problem either for him or me in a battle for the same position… There wasn't room for both Robbie and I in Rafa's team.”

Keane played 28 times for Liverpool during the 2008/09 campaign, scoring just seven goals. He returned to Tottenham, in a £12million deal, six months after he'd left.

He was never quite able to rediscover his best form for Spurs, scoring 15 times in 52 games throughout his second spell at White Hart Lane. He was sent on loan to West Ham United and Celtic – where he was prolific, with 16 goals in 19 games north of the border – before moving to LA Galaxy in MLS, returning to the Premier League briefly in January 2012, playing six games on loan at Aston Villa.

A hero at international level, Keane is the Republic of Ireland's all-time leading scorer, with 68 goals from 146 caps, and he captained the Boys in Green for a decade before his 2016 international retirement.

He is revered in American soccer, too, arguably MLS' greatest-ever foreign import, scoring 104 goals in five seasons with the Galaxy.

“The first time I ever worked with Robbie properly was when we went to a tournament in Holland with the youth team,” Matt Murray told Football Whispers. The former Wolves and England Under-21 goalkeeper was not only a team-mate of Keane's, but a close friend, best man at the Irishman's wedding and Keane is Godfather to Murray's second child. “I’d heard everything about a lad called Mark Jones who they’d paid money for from Aston Villa, a striker. But when I worked with them, I thought, “Wow, Robbie Keane is special.”

“His ball control. His will to win,” Murray continues. “I remember when we did runs in pre-season in the park, I was ahead of him and there was no way a goalie was beating him; he dug in just to beat me. His will to win – whether it was a five-a-side or a pillow fight when you’re away with the lads –  he’s just a winner.

“He got in the first team very quickly. He used to stay behind all the time after training doing extra finishing [practise]. He just had a desire to be the best. Yes, he was blessed with natural talent, but the way [former Republic of Ireland manager] Mick McCarthy described him was that he was a street footballer, the way he could control the ball and dribble and run. He was so talented, but he was self-taught, and I don’t know if you get many players like that now.”

Keane's career story is one of a fairytale rise followed by a sharp fall, but characterised most of all by a dogged determination to rise again and succeed at the highest level, to fulfil his immense potential. And, throughout, he gave the impression of enjoying every second, even through the most testing times.

His trademark roly-polying, cartwheeling gunslinger celebration sent Keane tumbling more than 300 times in his career. But, without a hint of conceit, that was as flashy as he ever got; a humble hard worker in love with the game, all he ever needed was a ball and something to aim at.

“He proper loved his football,” Murray says. “Always. Even when he’d signed for Coventry for millions, we’d be in the garden and he’d want me to throw the ball at him to test his touch and work at it.