“I didn't really want to be a defender,” Ashley Cole admitted in 2004, shortly after his performances with England at that summer's European Championships, in particular his shackling of a 19-year-old Cristiano Ronaldo, saw him widely recognised as one of the finest left-backs on the planet. “I never really liked defenders or defending.”

“I always liked scoring goals and attacking, and when I was asked to go to left-back for the Arsenal youth team I had to just take it,” Cole explained of his transition from a striker in the Gunners' youth ranks to a full-back during his late teens.

“I know now I wouldn't have made it as a striker and I'm not disappointed that I'm a left-back, but initially I suppose I was. I always wanted the glory of going up front and scoring goals for the team.”

In this regard, the path Cole traced from youth striker to a defensive role at first-team level is not an unusual one, with many full-backs at the professional level having begun their footballing journey higher up the pitch.

But what made Cole's development at Arsenal unique was that he adapted so well to the position that the defensive side of the job became his strength. With a full-back's role in the modern game an increasingly attack-focused one, many playing the position at present excel going forward but are often found wanting when it comes to protecting their own goal; current Chelsea left-back Marcos Alonso is a prime example, so too the man considered by most to be the world's best in the position of the last five years, Real Madrid's Marcelo.

It wasn't always a smooth assimilation, with errors of judgement and positioning semi-regular occurrences in his early first-team forays. But, thanks to the guidance of Arsenal captain Tony Adams and the confidence of manager Arsène Wenger, Cole combined his natural attacking instincts with an acumen for the dirty work like no other.

After spending part of the season on loan at Crystal Palace in the First Division to build experience, Cole made his senior Arsenal debut in May 2000, as an 19-year-old in a 4-2 defeat to Newcastle United at St James' Park. When first-choice left-back Sylvinho was injured the following term, the young academy graduate stepped in and held on to the position for six years. 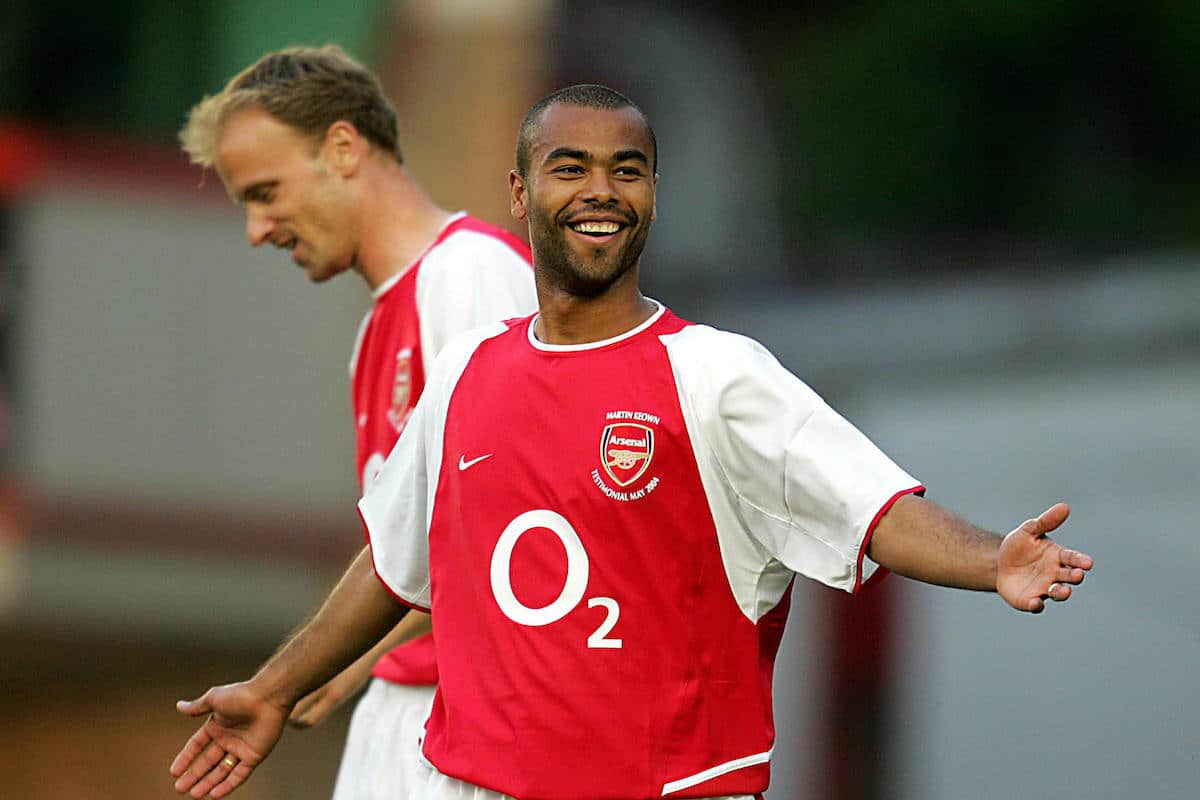 In that time he was a crucial cog in two Premier League title triumphs, including Arsenal's unbeaten 2003/04 campaign, and three FA Cups, with his dependability and quiet leadership an asset for Wenger's side.

“He should go on to captain the team,” Gunners skipper Patrick Vieira wrote – with an unfortunate lack of foresight – of Cole in his autobiography, released in January 2006. “He has everything it takes to be to Arsenal what Paolo Maldini has been to AC Milan: a player who is so strongly linked to a club that he will be forever associated with it and come to symbolise it.”

Cole's last game for Arsenal was the 2006 Champions League final, a 2-1 defeat to the Barcelona of Ronaldinho, Samuel Eto'o and Xavi in the Stade de France. That summer he left for Chelsea, concluding one of the most controversial and high-profile transfer sagas of the decade.

He was fined £100,000 by the FA in June 2005 for meeting with Chelsea manager José Mourinho at a London hotel that January, contravening rules against “tapping up” as Arsenal had not sanctioned any such discussions. Chelsea were also fined and Cole's agent, Jonathan Barnett, was suspended for his part in the transgression.

The full-back's desire to leave Highbury was fuelled by a breakdown in contract negotiations with Arsenal; Cole was left “trembling with anger” at the Gunners' offer of £55,000 per week, a figure he – rightly – deemed to undervalue him as Chelsea were offering £90,000. Cole eventually joined the Blues in the summer of 2006, in a deal which saw the Stamford Bridge club part with £5million plus William Gallas to secure his signature.

The switch to west London made Cole a figure of scorn among many Arsenal fans and the media, earning him the monicker “Cashley” for his perceived greed. But money wasn't the only motivating factor behind the move.

Despite Arsenal's recent successes, Chelsea were the coming team of English football, twice champions under the charismatic Mourinho and threatening to conquer Europe in the Champions League. Cole's trophy cabinet vindicates his decision to leave Arsenal, accumulating a haul of winners' medals in the Premier League, Champions League and Europa League with the Blues while the Gunners have been without a league or European title since his departure. 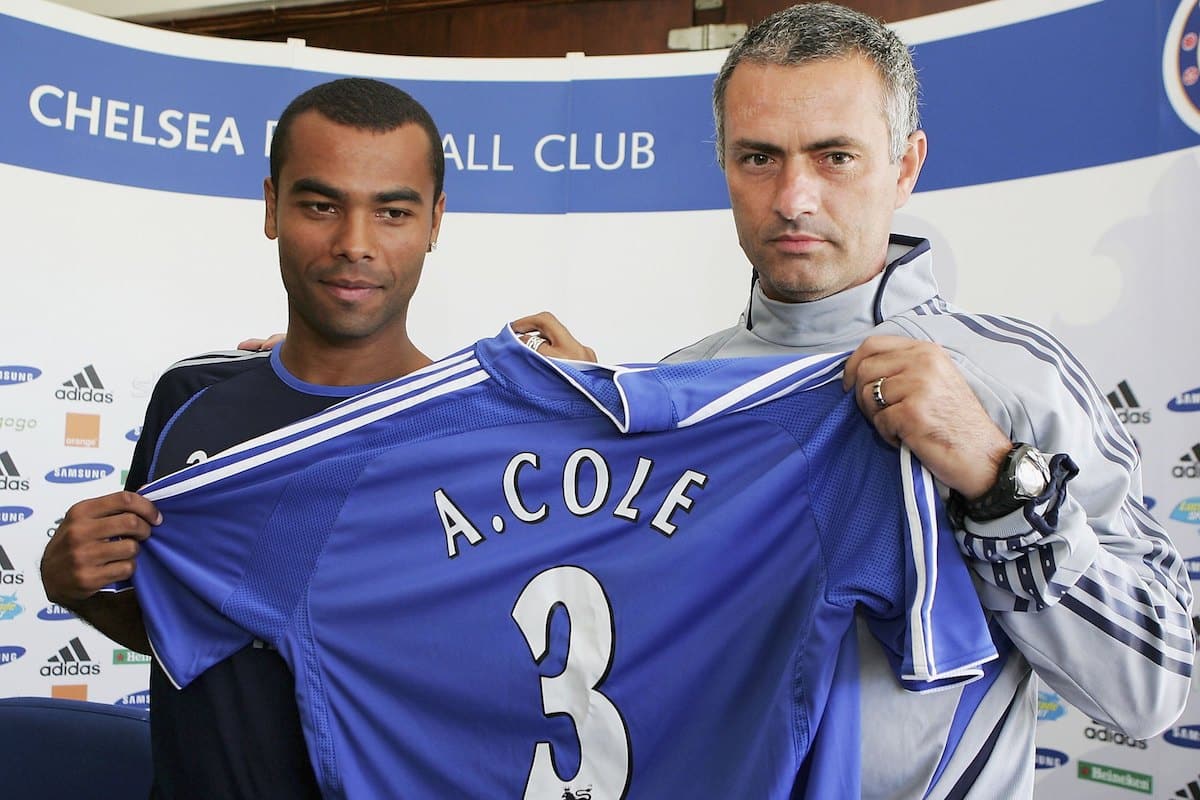 “Ashley Cole was the great regret of my career,” Wenger admitted to author Amy Lawrence for the book Invincible. “He left on a misunderstanding between his agent and the club. A fantastic fighter as well. I recall playing him the first time against Bayern Munich on the Champions League and he showed straight away he would never get out of the team again. The rest of his career he has shown how big a player he is. It should have been here, though.”

Arsenal's loss was Chelsea's great gain. Cole remained a mainstay of the Blues' backline for seven seasons, still key to the Stamford Bridge club when Carlo Ancelotti guided them to a league and cup double in 2010 and when they won their first ever Champions League under caretaker boss Roberto Di Mateo two years later.

Although there was no such success at international level, Cole was equally important to England throughout his career. So much so that, while others came and went and the ‘Golden Generation' petered, there were never question marks over the left-back position between his 2001 debut and his final cap in 2014.

Indeed, in his autobiography, My Story, Liverpool captain Steven Gerrard confessed that, while he was never especially close to Cole on a personal level, he held the former Arsenal and Chelsea defender in the highest professional regard, believing Three Lions boss Roy Hodgson was wrong to omit him from his 2014 World Cup squad. “In every tournament I'd played with Ashley he had probably been England's best player,” Gerrard wrote.

Despite being arguably the best left-back of his generation, England's most consistent performer during his international career and the first black player to reach 100 caps for the Three Lions, for much of his career Cole was unfairly painted negatively in the press, dating back to his “Cashley” label and on through his high-profile marriage to pop star Cheryl Tweedy. He was often a figure of abuse for opposition fans and even became a target for frustrated sections of the England support at times.

“I was like, ‘Woah, is that really for me? For giving the ball away?',” Cole said of being booed while on England duty. “At the time I thought, ‘I'm done'. Why am I gonna try to give my all to help a country that didn't care? For me, it wasn't football. That's why I wanted to stop.”

When his Chelsea contract expired in June 2014 Cole joined Roma in Serie A, before going on to spend two seasons with MLS side LA Galaxy, and his absence from the limelight has made English fans' hearts grow fonder for the now-38-year-old, who has returned to England to sign with Derby County, managed by former team-mate Frank Lampard.

Cole never asked for the circus that what built up around him. And now that it has been stripped away by time and distance, there remains the legacy of one of finest defenders England and the Premier League has seen.

Few English players can claim to have been the very best in the world in their position at their peak; Cole was a rarity whose talent was under-appreciated for too long.