Real Madrid are righting the wrongs of last summer. Los Blancos have wasted no time in strengthening their squad after a disappointing season in which they finished third in LaLiga and crashed out of the Champions League in the last 16.

The signing of highly rated young Porto defender Éder Militão was confirmed in March, while the Spanish club tied Brazilian wonderkid Rodrygo to a deal last summer. Today, Luka Jović became the latest player to relocate to Madrid this summer after a €60million fee was agreed with Eintracht Frankfurt.

The spending isn't expected to end there. Paul Pogba is believed to be a transfer target for Zinedine Zidane's men and, if reports are accurate, Eden Hazard is expected to finalise a deal in the coming days.

If all those deals are completed, Real Madrid's spending this summer will likely exceed the €350million mark. 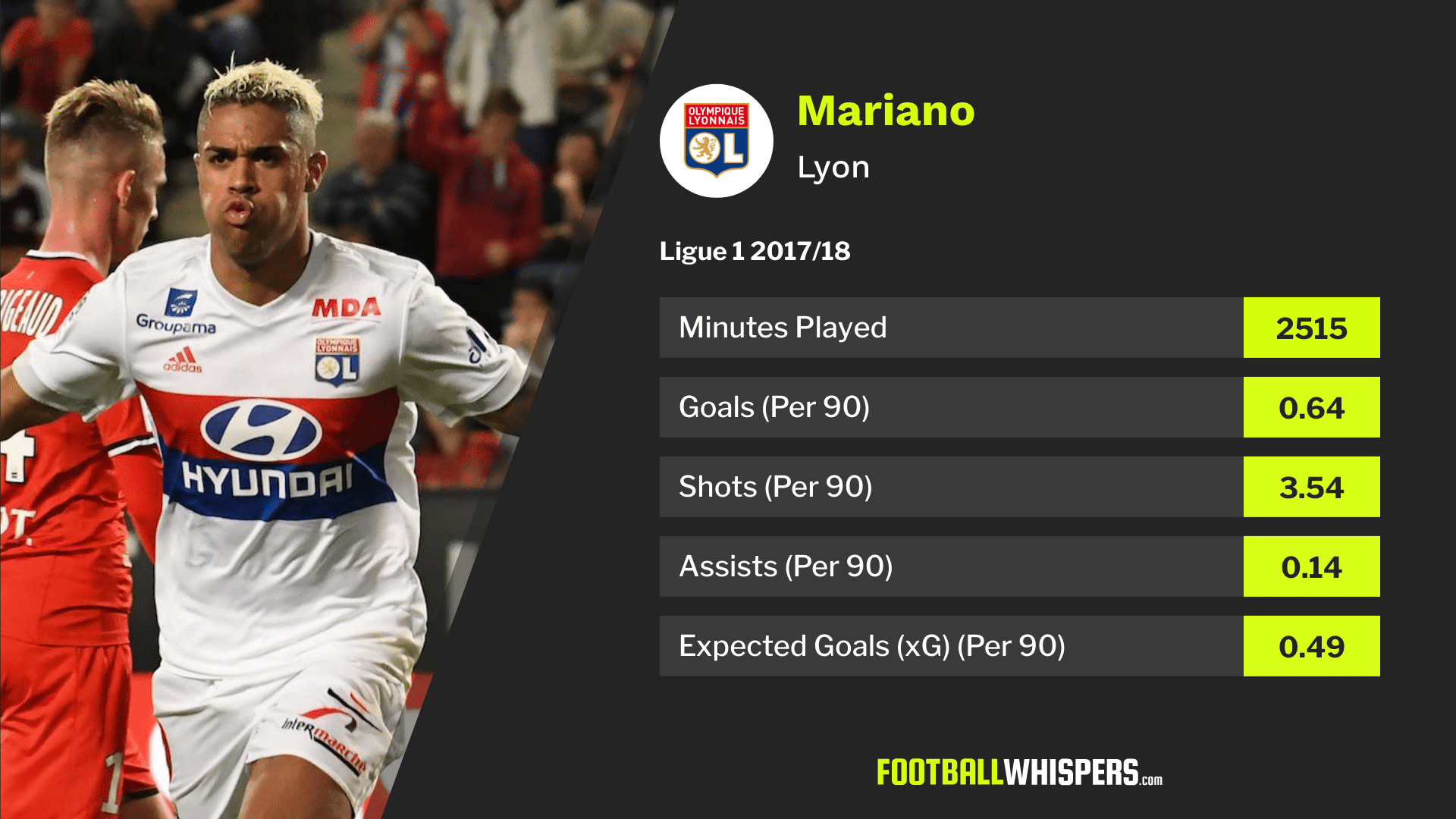 Mariano burst onto the scene with Lyon during the 2017/18 season having moved from Real Madrid to replace Alexandre Lacazette. He never really impressed for Los Blancos' first-team but for the Castilla side he was prolific. And it was this form which convinced Lyon he could fill the void left by the departure of the prodigal son.

He enjoyed his spell in France, averaging 0.64 goals per 90 during his sole season in Ligue 1. After Cristiano Ronaldo‘s move to Juventus, Real Madrid needed attacking reinforcements and brought Mariano back to Spain in a deal worth £20million.

The 25-year-old was used sparingly during the 2018/19 campaign, making just 13 appearances in LaLiga. Currently in possession of the famous No.7 jersey, he's likely going to have to relinquish that, and his place in the squad, if Madrid's proposed summer of spending becomes a reality.

Plenty of Premier League clubs could do with a forward like Mariano. Newcastle United, Everton, Leicester City, Crystal Palace and Southampton are all reportedly in the market for a reliable chance-getter.

What does the future hold for Gareth Bale?pic.twitter.com/fgWKGUyeKW

Manchester United, Chelsea, Liverpool and a return to Tottenham Hotspur. Bale's future has been a hot topic of conservation for a while now, with links to Premier League clubs an annual occurrence. However, this time around it feels different.

Zidane used to be a supporter of the Wales international but he hasn't been as vocal since returning to his post and left him on the bench for the final game of the season, denying the four-time Champions League winner a farewell.

With Vinícius Júnior and Rodrygo in the squad and Hazard next on the hit list, there isn't a need for the injury-prone 29-year-old anymore – despite having three years to run on his existing contract.

While some may view him as a luxury, Bale is a match-winner, a game-changer and a difference-maker when fit. If a deal could be struck, and Bale was prepared to take a hit on his salary, he could still have a massive impact on the Premier League. But it's a big if. 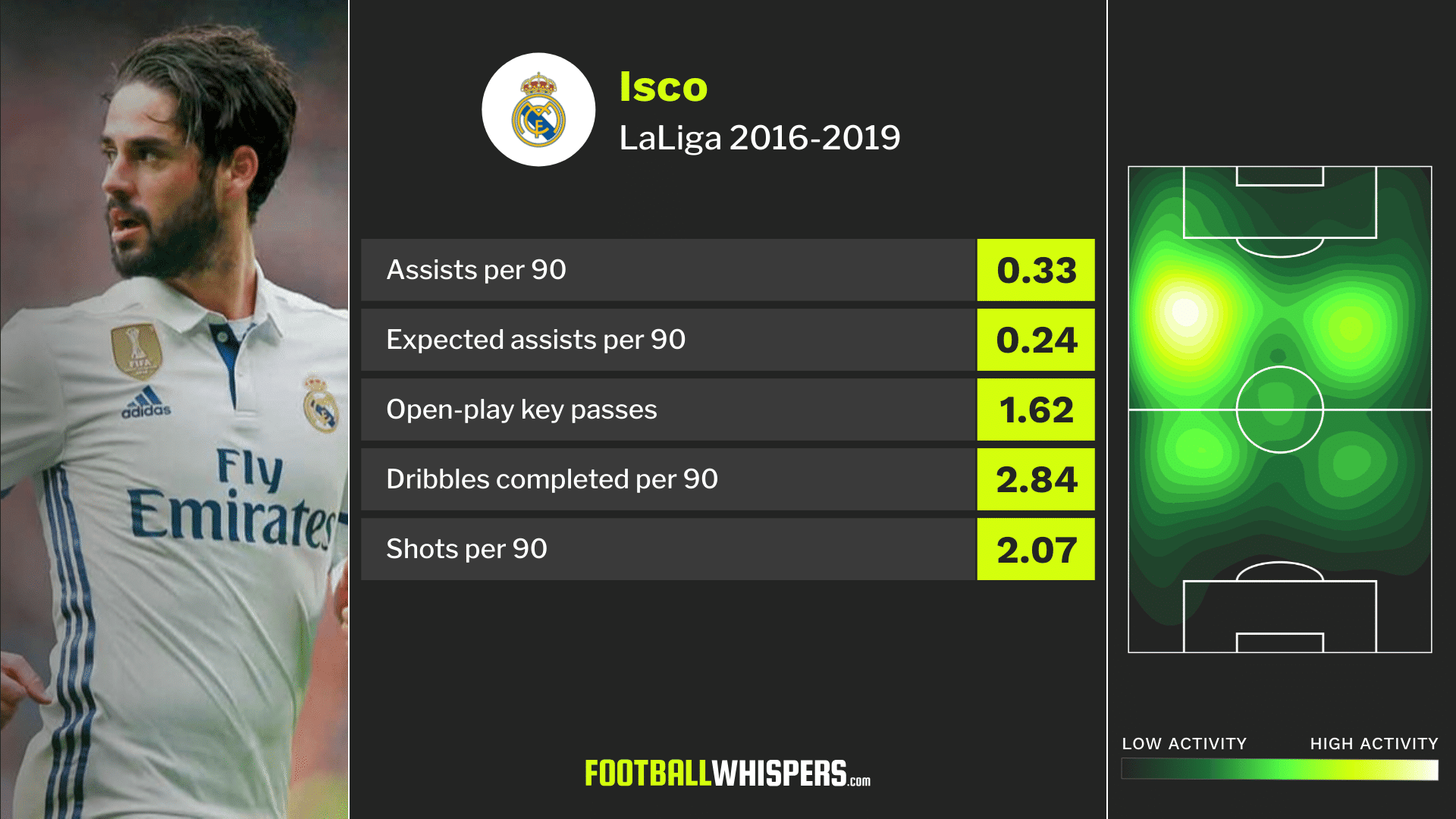 Like Bale, Isco has been perpetually linked with a move away from the Santiago Bernabéu. Spurs wanted to take him on loan during the 2017/18 season, according to reports, but a deal never materialised.

Liverpool viewed him as the ideal Philippe Coutinho replacement. Chelsea wanted to snare him during January of 2019. Manchester City are long-term admirers while neighbours Manchester United reportedly want him to be their big summer signing.

He was viewed as a favourite of Zidane's but it's now difficult to see where he fits in after this transfer shuffle. If Pogba arrives it's unlikely he'll play in midfield. Los Blancos will have too many wide players if Hazard does join, further pushing Isco down the pecking order.

He could find solace in the Premier League but the move will have to come soon. At 27 he's in the prime of his career, but the fact he may need a year to adapt to the rigours of the English top flight could put some clubs off a big-money move for him.

The forward has made a name for himself on loan away from Real Madrid, but he's still owned by the 13-time European champions.

For the past three seasons, he's netted at least 14 goals in the league, albeit he spent two of those campaigns in the Segunda División. 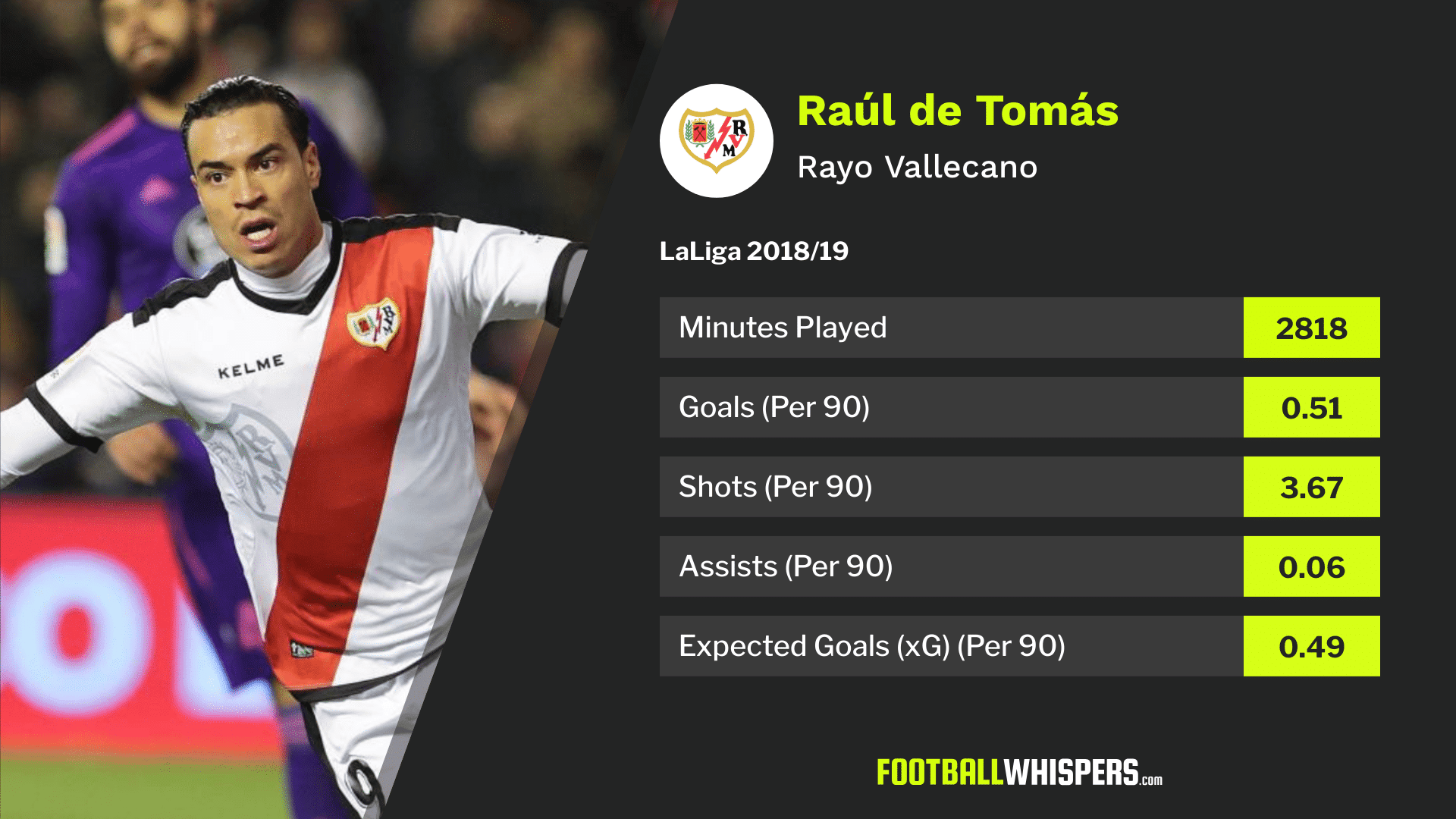 However, 2018/19 saw him unleashed in LaLiga. Though Rayo Vallecano finished bottom of the league, De Tomás impressed. He bagged 14 goals, including a hat-trick against Celta Vigo in January.

A return of 0.51 goals per 90 puts him in the top ten forwards in the Spanish top flight, an impressive feat when the quality of the team he's been playing in is taken into account. The 24-year-old has shown he can be a reliable chance-getter for a team that doesn't create many opportunities.

De Tomás could be invaluable for a team looking to cement their status in the Premier League. He could be the difference between a mid-table finish and a Europa League spot. Like team-mate Mariano, De Tomás should top many of the wishlists of clubs outside the top six this summer in England.

With Karim Benzema and Jović ahead of him in the pecking order, he'd be wise to move to get regular first-team football.