Goals are a currency in football and Köln striker Anthony Modeste is currently ranked joint fifth in the rich list.

The former Blackburn Rovers flop has scored 22 Bundesliga goals this season, which is one more than Bayern Munich’s Robert Lewandowski and just one fewer than Borussia Dortmund’s Pierre-Emerick Aubameyang. 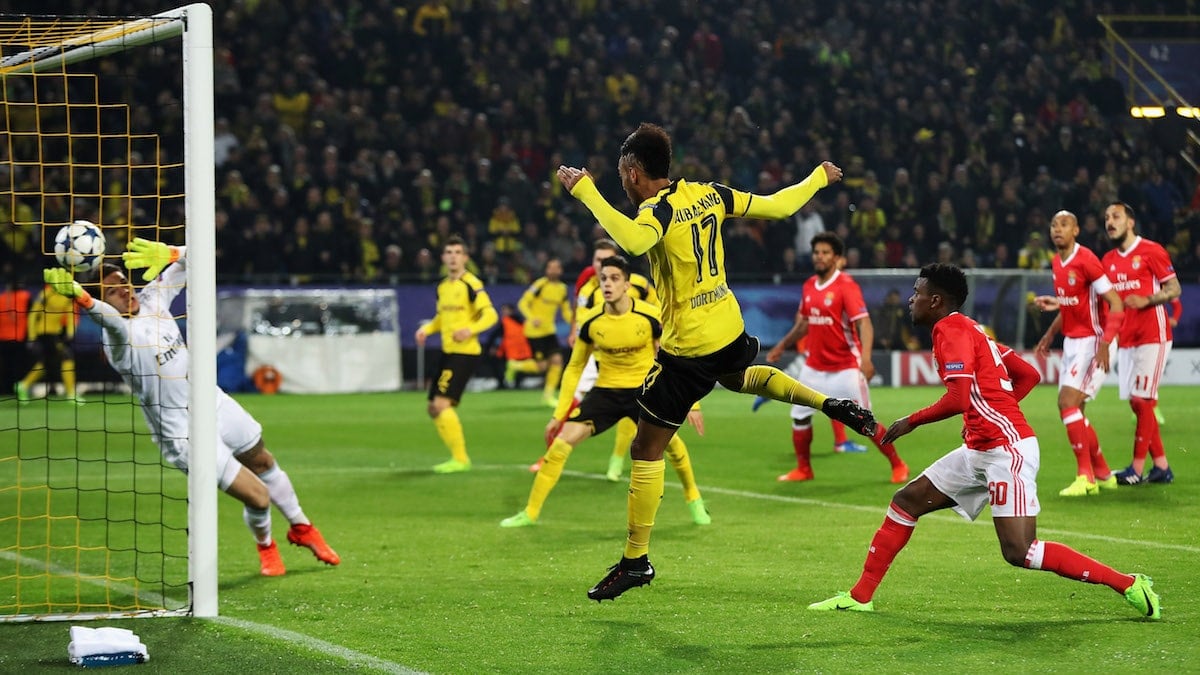 READ MORE: WHY DORTMUND ARE MUCH MORE THAN JUST AUBAMEYANG

For added context, only Lionel Messi, Alexandre Lacazette, Edinson Cavani and the aforementioned Aubameyang have scored more league goals than the 28-year-old this season. Torino’s in-demand forward Andrea Belotti is on level terms with him as is former Liverpool striker Luis Suárez.

That’s quite the company he’s managing to keep.

Modeste's remarkable campaign has seen him score five goals in his last two matches; a double against Ingoldstadt was followed up with a hat-trick against Europa League rivals Hertha Berlin a week later.

Peter Stoger's men find themselves in sixth position just three points behind Hertha with nine matches to play. If the ex-Hoffenheim striker manages to extend his goal streak, then there's every chance a fifth place finish is on the cards.

With that comes Europa League football but will the hit-man be at the club to experience Thursday night football at the RheinEnergieStadion?

After all, plenty of Premier League clubs will have a goalscorer at the top of their list of summer transfer targets. The English top flight is ruled by attackers with defending being a lost art.

READ MORE: WHY LYON FORWARD ALEXANDRE LACAZETTE IS WORTH THE HYPE

Modeste is on target to surpass 40 goals over two seasons playing for a mid-table club. He fits the profile for a number of clubs.

Although he looks like a big, bullish target-man he's far from it. Yes, he can hold the ball up and he's good in the air (winning 4.4 aerial duels per 90 minutes) but the French-born striker isn't shy when it comes to running in behind.

He scores a whole host of goals with a variety of finishes: left foot, right foot, head. Inside and outside of the penalty area. It really doesn't make a difference. He just knows where the goal is.

He signed Köln in 2015, costing a reported £3.5million, and has a contract with the club until 2021. He was linked with a move to West Ham United in the summer and it was revealed he's currently earning £20,000-per-week.

A move to the Premier League would see his salary doubled without hesitation. Tempting the Bundesliga club into selling shouldn't be a problem English teams either, it's doubtful they would be able to resist an offer of £20million for the forward.

We take a look at four Premier League clubs who could be in the market for former France under-21 international during the summer transfer window.

Antonio Conte has history when it comes to buying strikers you wouldn't expect him to be interested in. He signed Fernando Llorente when he was in charge of Juventus and was linked with the former Athletic Bilbao man in January. 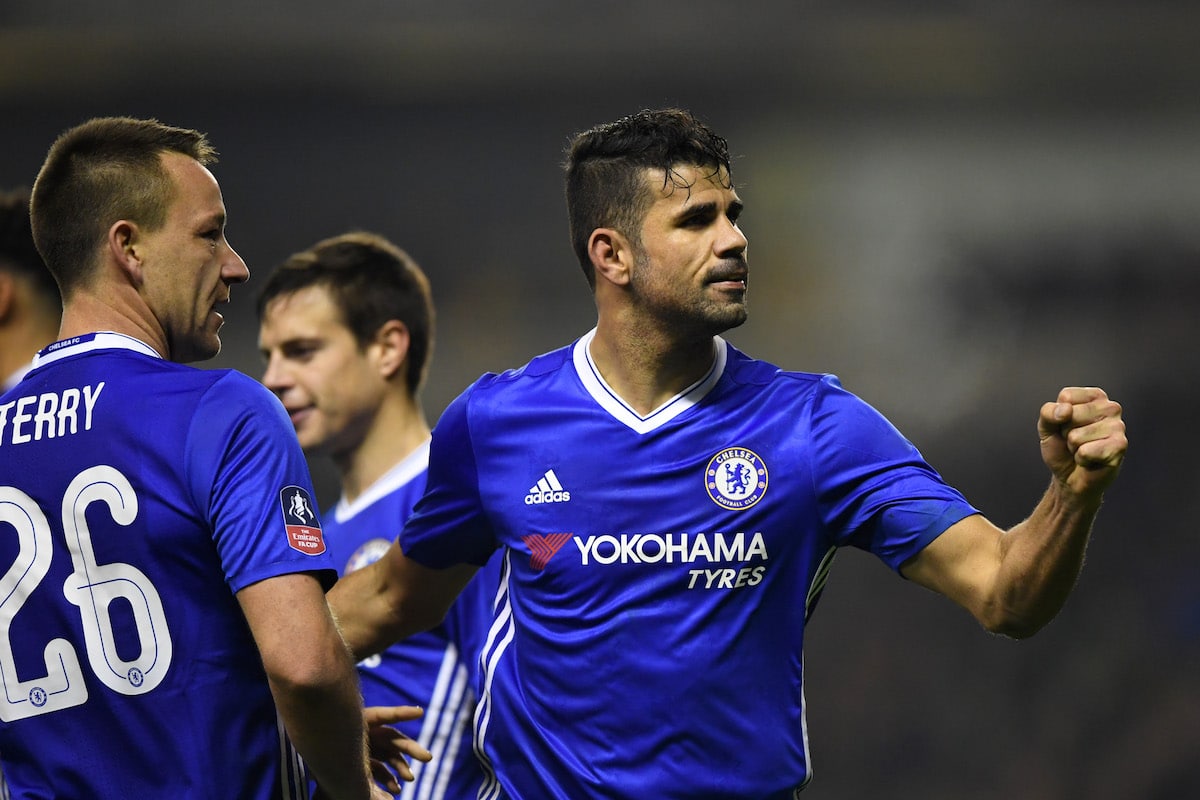 READ MORE: WHO ELSE COULD BE JOINING DIEGO COSTA OUT OF THE CHELSEA EXIT DOOR

Chelsea failed to bring in a Diego Costa alternative during the winter. The adopted Spaniard is perpetually linked with a move to China and Everton striker Romelu Lukaku is rumoured to be rejoining the Stamford Bridge club.

If that's the case Conte still needs an alternative with a similar playing style to his main striker. Michy Batshuayi seemingly doesn't fit the bill therefore it's unlikely he'll be at the club beyond the summer.

Modeste could be ideal for Chelsea if he was willing to accept a bit-part role. He'd still get plenty of opportunities to impress with Conte guiding the club back into the UEFA Champions League.

It's a sentence which shouldn't be muttered openly but Jürgen Klopp's side have missed a Christian Benteke-esque player this season. Liverpool have struggled to break a number of teams down and bizarrely resort to crossing the ball into the box. 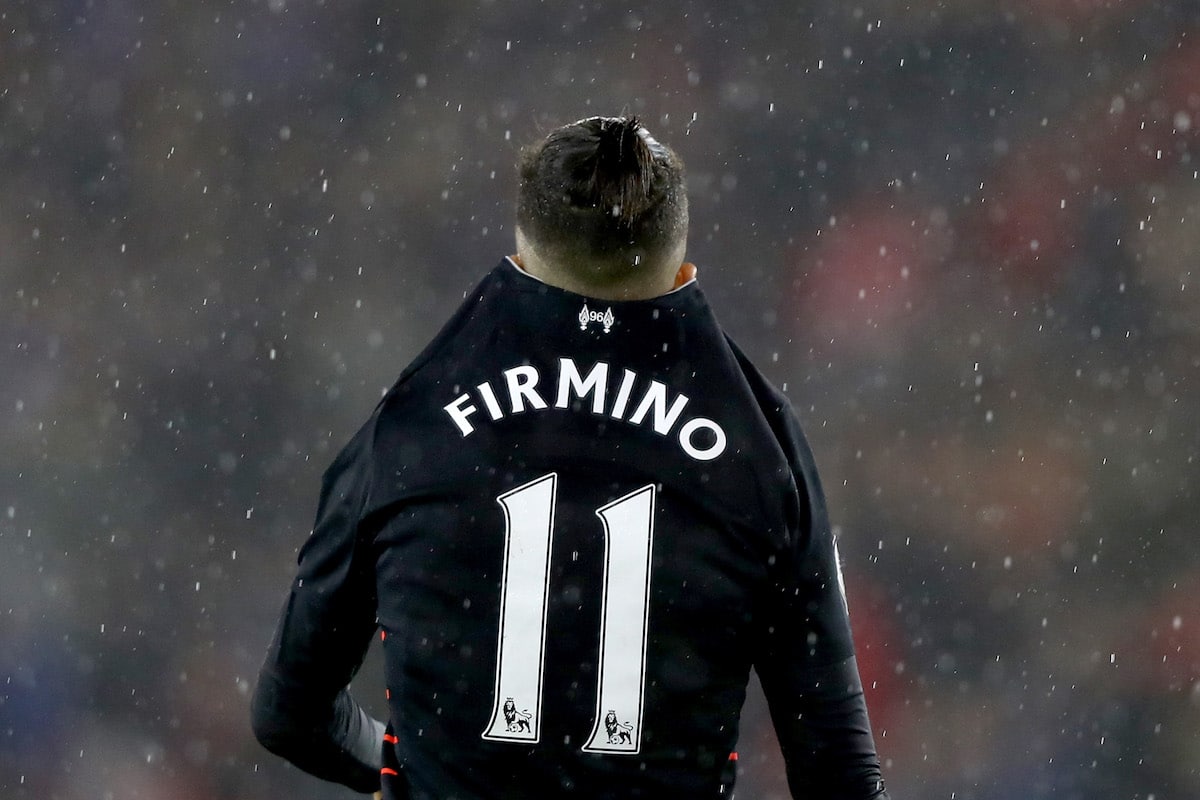 Roberto Firmino may be deceptively good in the air but up against 6'3″ defenders it's unlikely he'll be coming away from the majority of those duels on the winning side.

Furthermore, the Reds have won the fewest amount of aerial duels in the league. When the Merseyside club run out of ideas and patience they play right into the hands of the opposition.

Modeste could may not be top but he could be on the the list of Liverpool transfer targets. He'd be the Plan B capable of playing as part of the plan A in certain matches.

Mauricio Pochettino has once again got Tottenham Hotspur playing some of the best football in the Premier League. His team is spearheaded by the irrepressible Harry Kane. When he's playing they look dynamic but his absence is certainly felt when he's not available. 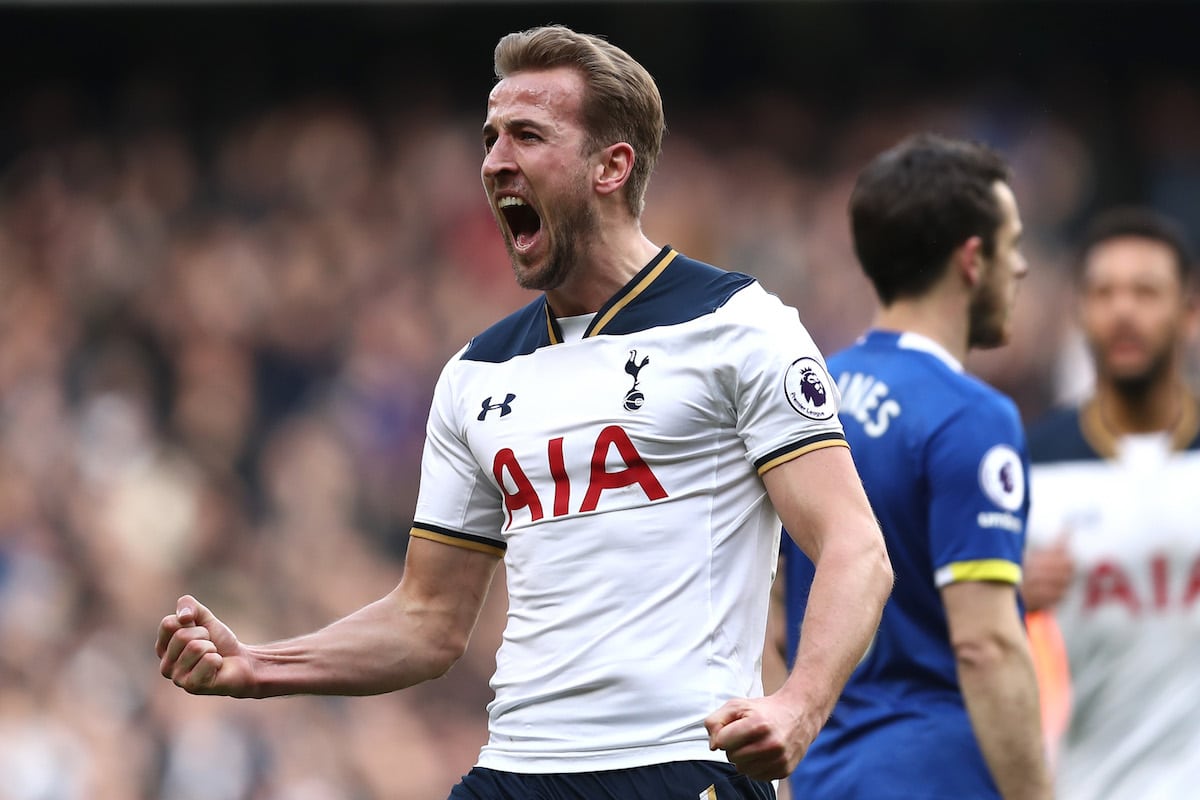 There's nobody quite like Kane in the Spurs squad. Vincent Janssen arrived and has failed to impress, scoring just the one goal in open play. It's a tricky situation, and a similar predicament to the one at Chelsea because any potential signing will know they're behind Kane in the pecking order unless the Argentine manager switches to a two-man strike-force.

The former Saints boss did however show his flexibility when he used Kane in a role behind the striker. There's no reason Modeste couldn't play ahead of the England striker when called upon.

The Köln striker is a stop-gap who wouldn't harm the development of the likes of Dele Alli and Kane. It could be a win-win for all involved.

If there's one team in need of a striker this summer it's Everton. Just a few weeks back Mino Raiola, Romelu Lukaku's agent, claimed he was 99 per cent sure his client would agree a new deal with the Toffees.

It never materialised and the Belgian has since revealed he wont't be signing a new deal at Goodison Park. It comes as a blow, especially so late in the season, with Ronald Koeman and the recruitment team working under the assumption he would be wearing the blue of Everton next season. 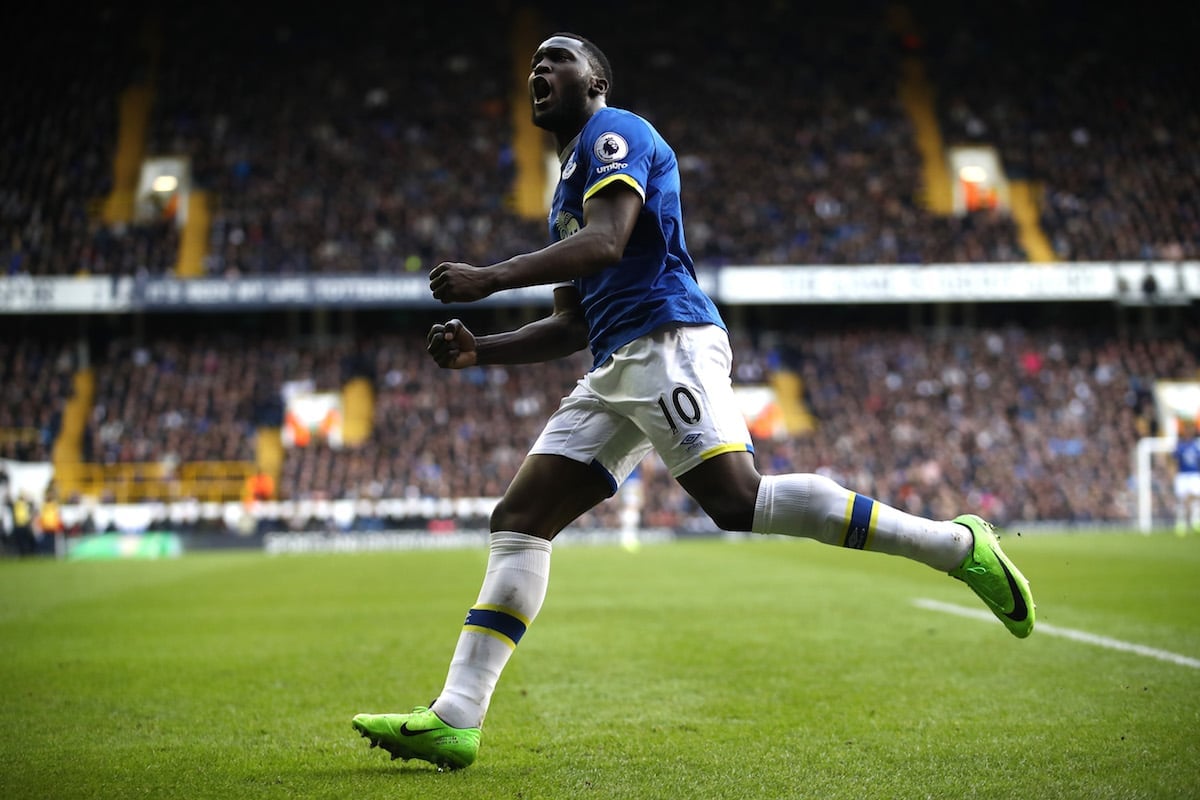 READ MORE: WOULD ANDRE GRAY BE A GOOD REPLACEMENT FOR ROMELU LUKAKU?

Modeste could be the answer to their problems. He could come in and do a job for the Merseyside club for the next season or so while they identify a long-term successor to the departed former Chelsea man.

He wouldn't break the bank, he'd near enough guarantee goals and he's similar in style to Lukaku.

READ NOW: WHO ARE THE TOP 10 STRIKERS IN EUROPE?