Few divisions in European football are as talent heavy as Spain's La Liga. Every club, from top to bottom, have excellent players who could impress in countless sides across the continent.

What Spain doesn't have, however, is a host of clubs with deep pockets. Many operate on strict budgets and have to be astute in the transfer market in order to improve their squads.

It's a world away from the Premier League, which is awash with cash. It's why sides from English football's top flight can break their transfer record every season.

La Liga is an excellent market to shop in for smaller Premier League sides as there are constant bargains to be had. This summer won't be any different, especially with Las Palmas, Deportivo La Coruña and Malaga set to suffer relegated.

All three clubs have talented members in their squad who are likely to move on this summer. Premier League clubs specifically can take advantage. We've identified six players from the bottom three that English recruitment teams should be taking interest in.

One of the most disappointing aspects – and there have been plenty of them – of Malaga’s season has been the absence of Juanpi.

It's a bizarre situation. The Venezuelan has barely featured this term, instead spending much of his time on the bench or in the stands. With just five starts the 24-year-old has been frozen out.

And yet the playmaker has provided two assists, which is the joint highest total of any player in the Albicelestes squad, and completed completed 1.19 open play key passes per 90 minutes.

He’s an excellent talent that hasn’t been utilised correctly this season and would be a coup for any club. Used either as an attacking midfielder through the middle or a wide player with license to drift inside, Juanpi can unsettle defences with his movement and vision.

Last term he was outstanding, completing 1.52 open play key passes per 90 in La Liga, the thirteenth highest average in the division, and 2.3 successful take-ons, a figure only bettered by 19 players.

With Malaga bottom of the pile and 14 points away from safety, it's likely they will have to reshape their squad this summer ahead of a campaign in the Segunda. Juanpi is expected to depart and that means someone could grab a bargain.

He might not have been at the club long but Federico Ricca has shown enough to suggest he’s able to play in a European top flight division.

The young Uruguayan arrived at Malaga in February as a highly-rated prospect and has shown why despite playing in a poor team. Ricca’s toughness and commitment to his defensive duties has stood out, showing an understanding and maturity well beyond his years.

He plays with a typical, steely Uruguayan approach and that is a great quality for a full-back.

Since his arrival in La Liga he has averaged 3.7 tackles per 90, the third most of any full-back in the division, and only six can better his 1.93 aerial duels won per 90 while he is also making 2.02 interceptions.

He's also impressive with the ball, averaging 20.53 forward passes, and manages 0.44 scoring attempts per 90. He is a well-rounded full-back and at 23 years old is only going to improve. He would be an excellent pick up.

Of all the players set for relegation, Florin Andone stands out as perhaps the most talented. The Romanian has been excellent since signing for Deportivo from Córdoba in July 2016 and it's a surprise he stayed with the club last summer and in January.

Interest has been strong from the Premier League – Burnley and West Bromwich Albion have previously been linked – and it wouldn’t be a surprise in the slightest were he to end up in England this summer.

He’s an energetic, hard working attacker that can hold up the ball and drag defenders into wide areas. The 24-year-old has done well in front of goal too, notching seven times this term and registering two assists.

He bagged twelve goals last season but was in a far better Depor side – not one that will almost certainly be relegated.

Any side which has ambitions of staying in the top flight, either in England or Spain, or a mid-table club should be watching Andone. It might even be worth clubs pushing for a European place to take a glance.

Still, he’s shown enough to suggest he'd be a solid defender away from a shaky Depor backline The Swiss international averages 2.33 tackles per 90, the sixth highest among La Liga centre-backs, while he's 21st for interceptions with 1.88. 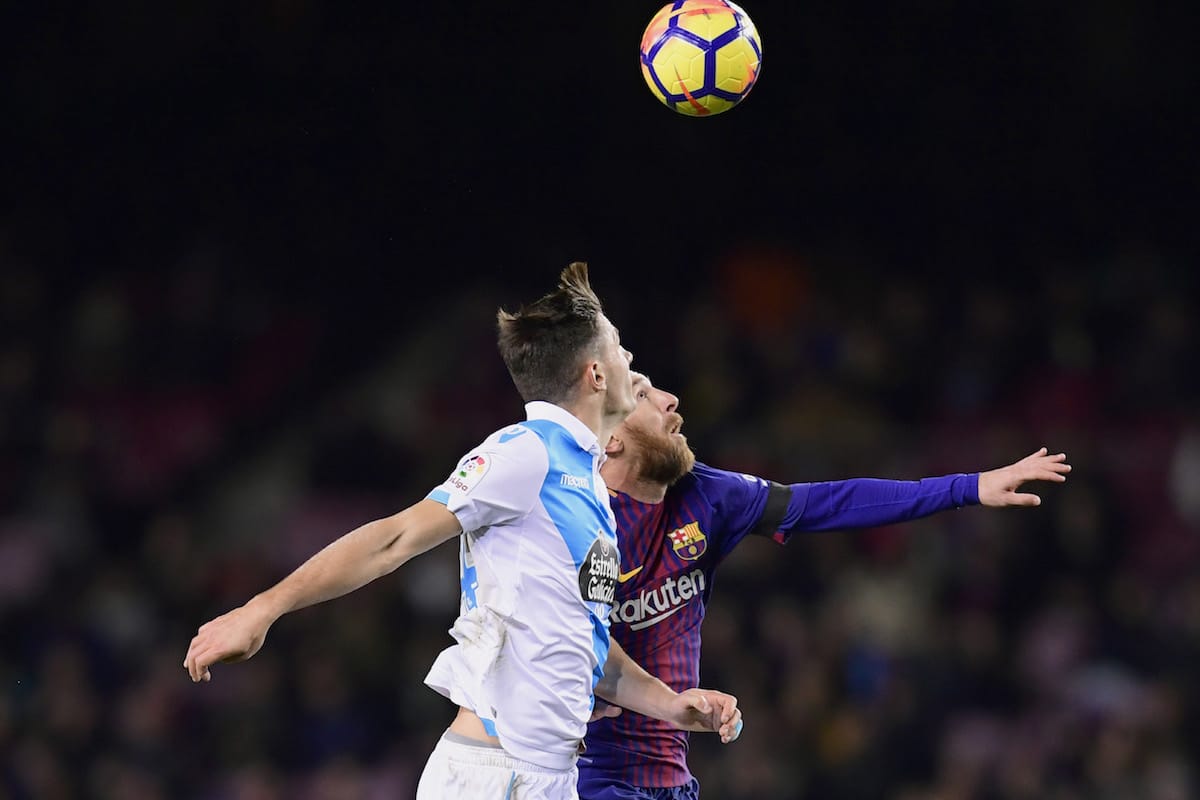 The 26-year-old has also displayed his ability to play out of defence, with his 39.87 passes attempted per 90 the third highest at the club.

His ability to stretch play and go long from the back is well known too, and he’s hit 189 long passes this season which ranks twelfth overall among centre-backs in the Spanish top flight.

Depor wouldn't be able to command a big fee for Schär and, played in the right system, he can be the ideal physical defender who isn’t flustered when in possession.

Only a few years ago Barcelona were linked with the Brazilian centre-back. Unfortunately his stock has fallen since then and Sidnei wouldn't now be mentioned with such a move.

Regardless of that he has talent and could well be suitable for a number of clubs looking for a strong, imposing figure in defence.

Sidnei’s a player that uses his size to dominate opponents, looking to overpower them at any given opportunity in one versus one situations.

While not the best reader of the game, Sidnei’s not a defender many strikers would enjoy coming up against. He’s averaging 2.07 tackles per 90 this season, while aerially he’s strong winning 2.02 duels.

Still 28-years-old, Sidnei’s in good condition and would be a solid, cost-effective signing this summer for a team wanting to add defensive depth.

Yes, this is indeed the very same Calleri that sunk without a trace at West Ham United last season.

But since coming to Spain the 24-year-old has shown why the Hammers hierarchy were pleased to secure the Argentine's signature. Calleri's been out to prove he's no flop, and there's plenty of reason to believe he is a solid striker that can make an impact in a European top flight.

First and foremost, Calleri is a good physical striker. He's able to back in, work hard, run the channels and hold up the ball. The Argentinian has shown he can lead a line on his own while also being a good outlet as a support striker.

The 24-year-old has hit 2.7 shots per 90 this season and his total of 78 scoring attempts is the fifth highest of any La Liga striker to have played in 75 percent of games this term. The problem is his shooting accuracy stands at a poor 32 percent.

Calleri is raw and his skills needs to be honed but he is a capable striker. One that may deserve a second chance in the Premier League when Las Palmas drop into the Spanish second tier.