One could only imagine the sort of career Holger Badstuber would have had had it not been for his countless injuries. Altogether the 29-year-old VfB Stuttgart defender has missed 231 possible games since first bursting on the scene for Bayern Munich in 2009.

Discovered by Louis van Gaal, Badstuber, together with Thomas Müller, quickly became one of the shooting stars of the Bayern side that won the Bundesliga, the DFB Cup and reached the final of the 2010 UEFA Champions League.

The Bavarian side may have lost that final, but Joachim Löw was impressed and included both Müller and Badstuber in the Germany side that finished third at the 2010 FIFA World Cup in South Africa.

The then 21-year-old defender started in Germany’s 4-0 victory over Australia but after Germany’s 2-1 defeat against Serbia in the second group stage match was left out of the squad for the remainder of the tournament after he was repeatedly exposed on the left-side of the pitch.

Badstuber, however, was unfazed by the lesson learned in South Africa. He quickly established himself as a key defender both for the national team and Bayern Munich. Two years later he was a constant in the Germany side that reached the semi-final of the 2012 European Championships that took place in Ukraine and Poland.

With his excellent left-foot, he was considered the perfect partner for the right-footed Mats Hummels. Both are excellent in their buildup play and gave Germany the options to distribute the ball quickly from the back. Unfortunately, for both player and country, the 2012 tournament would be the last big tournament Badstuber played.

On December 1, 2012, Bayern were facing Borussia Dortmund in der Klassiker. In the 35th minute Badstuber gets stuck in the grass during a tackle against Mario Götze and signals right away that he has to be taken off the field. The diagnosis is bitter, he had torn his ACL and would be forced to watch Bayern win the treble with him on the sidelines.

The defender then faces complications after the operation as the tendon tore again during the rehabilitation process. Badstuber was out for almost two years and missed 124 possible games.

Once back in August 2014, his injury misery continued. In September 2014 he tore a tendon in his leg, once back in February 2015 Badstuber lasted only until April before tearing a muscle, which would take him out until November 2015. Fit from November 2015 to February 2016, the luckless centre-back then broke his ankle during a training match.

It was his final significant injury but ultimately the one that cost him his Bayern career. No longer convinced that the Bavarian-born defender had the body to play at the highest level for a top-level club, Badstuber struggled for playing time when he came back from injury in the fall of 2016.

Despite his contract running out at the end of the 2016/17 season Bayern managed to send Badstuber out on loan to league competitor Schalke 04.

Technically, both clubs were violating Bundesliga regulations by agreeing to a loan deal involving a player whose contract was about to run out at the end of the season. How exactly the deal past by the lawmakers of the Bundesliga remains a mystery.

Badstuber began to resurrect his career while playing in Gelsenkirchen. Playing ten out of 17 possible games in the Bundesliga, it was apparent that he lacked pace and speed due to the long injury lay-off. But his level of distribution from the back quickly stood out as he played 57.8 passes per 90 with an average pass accuracy of 91.2 per cent. 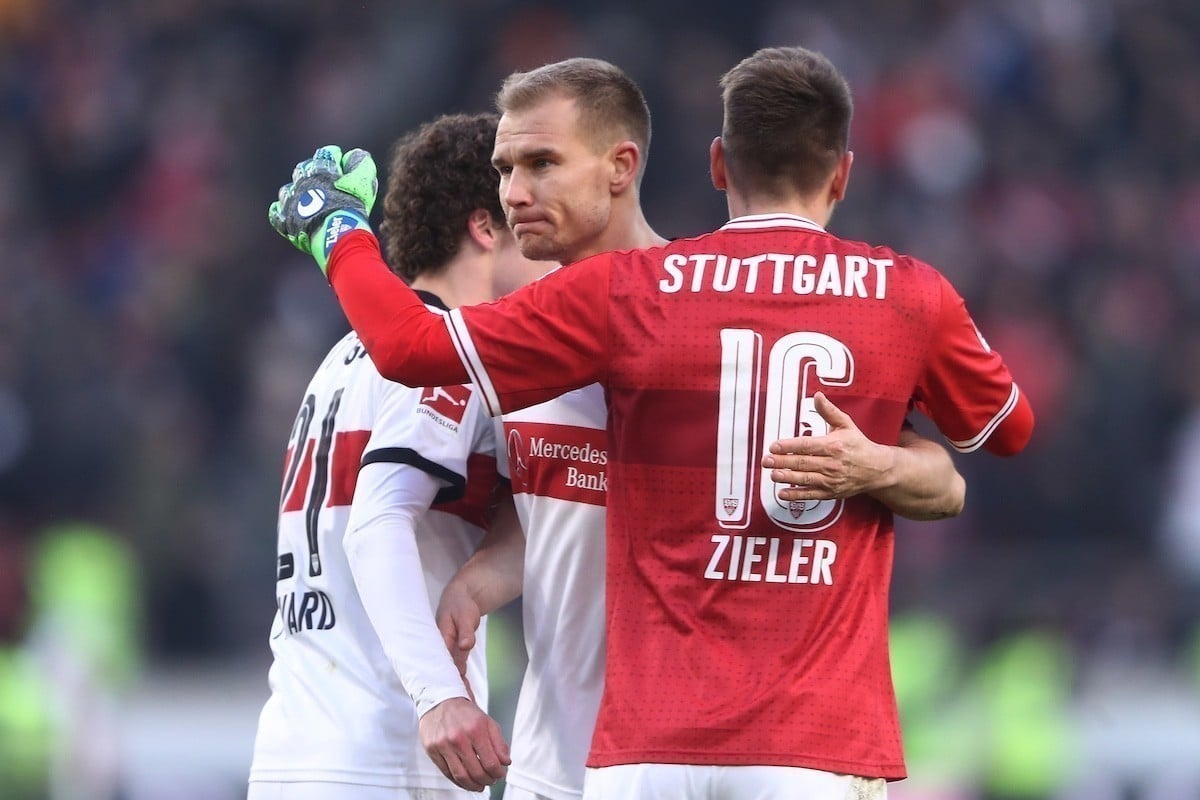 Most importantly, however, he did not suffer another major injury blow. At the same time, the stigma of his many injuries remained, and Badstuber somewhat struggled to find a new club. In the end, he would sign a one-year contract with newly promoted VfB Stuttgart.

That deal, however, was not without noise. Sporting director Jan Schindelmeiser led Badstuber's contract negotiations. Members of the board, however, were unsure whether the defender was the right fit for a club that was looking to develop young players, like French defender Benjamin Pavard, and move them on with a profit.

Reschke, who knew Badstuber well from their time together at Bayern where he worked as the technical director of the club, was then able to convince the board that signing the defender on a short-term contract would be the right move. As a result, Badstuber signed a one-year, performance heavy, deal with the Swabians.

In the short-term, it was a move that worked out brilliantly for both parties. Up until April, Badstuber appeared in 24 Bundesliga matches. Playing in the back-three under head coach Hannes Wolf at the beginning of the season Badstuber was one of the few constants when Stuttgart started to struggle in the winter, and the board opted to replace Wolf with Tayfun Korkut.

Under Korkut, who quickly stabilised the side and guided them to safety, Badstuber played in a back three, back four and in midfield. Averaging 43 passes a game with a pass accuracy of 83.8 per cent Badstuber’s passing rate dropped somewhat from the previous season, which can be explained that he was now playing for a side that was fighting against relegation rather than trying to compete for European places.

Put into perspective, therefore, his numbers were strong. Throughout the 2017/18 season, Badstuber has managed 1.8 tackles per game putting him sixth in this category for Stuttgart, averaged 1.8 interceptions, the highest amount for his team, and an impressive 3.5 clearances. But most importantly for himself, he was able to demonstrate that his body can withstand the rigours of professional football and that he is still a defender on the highest level.

Hence, while he has benefited from the one-year contract, Stuttgart might now lose out. “I am open to everything, but everybody knows that I want to play internationally”, Badstuber told the German-based paper TZ in March. Lazio are rumoured to be among the clubs interested but with Badstuber having regained his form from his Bayern days the Italians will not be the only club trying to land the free agent in the summer.

West Ham United are in the market for a centre-back and have recently been linked with Barcelona's Yerry Mina. Everton could be another possible destination for Badstuber while the Germany international is a player who fits the bill for both Newcastle United and Watford. It's a remarkable turnaround for a player whose career looked over just 12 months ago.