The clock is ticking and after so much time to get deals over the line, clubs are now working frantically to get deals done in a last-minute panic.

Here is a rundown of the done deals done so far and the players every Premier League club would love to land before Thursday's deadline.

WANT: Arsène Wenger has been trying to cut his squad on his own terms, which means shifting fringe players but keeping Liverpool transfer target Alex Oxlade-Chamberlain and Alexis Sánchez, who is subject of Manchester City transfer rumours.

If Wenger is forced to sell by the board – and both players are likely to go – then expect late bids for players such as Southampton's Virgil van Dijk and Monaco's Thomas Lemar.

WANT: Eddie Howe did his main business early but is still in the market for a defender and a midfielder to replace the gap left by Jack Wilshere, who was on loan from Arsenal last season.

WANT: Goals, goals and goals. Targets are not exactly household names as the pair heading the list at the start of the last week of the window are Everton’s Oumar Niasse and Cardiff’s Kenneth Zohore.

Want: Sean Dyche has improved his squad with hard working players despite having to sell a couple of stars. But he still wants another striker and has been looking at Lorient's Ghanaian forward Abdul Majeed Waris. 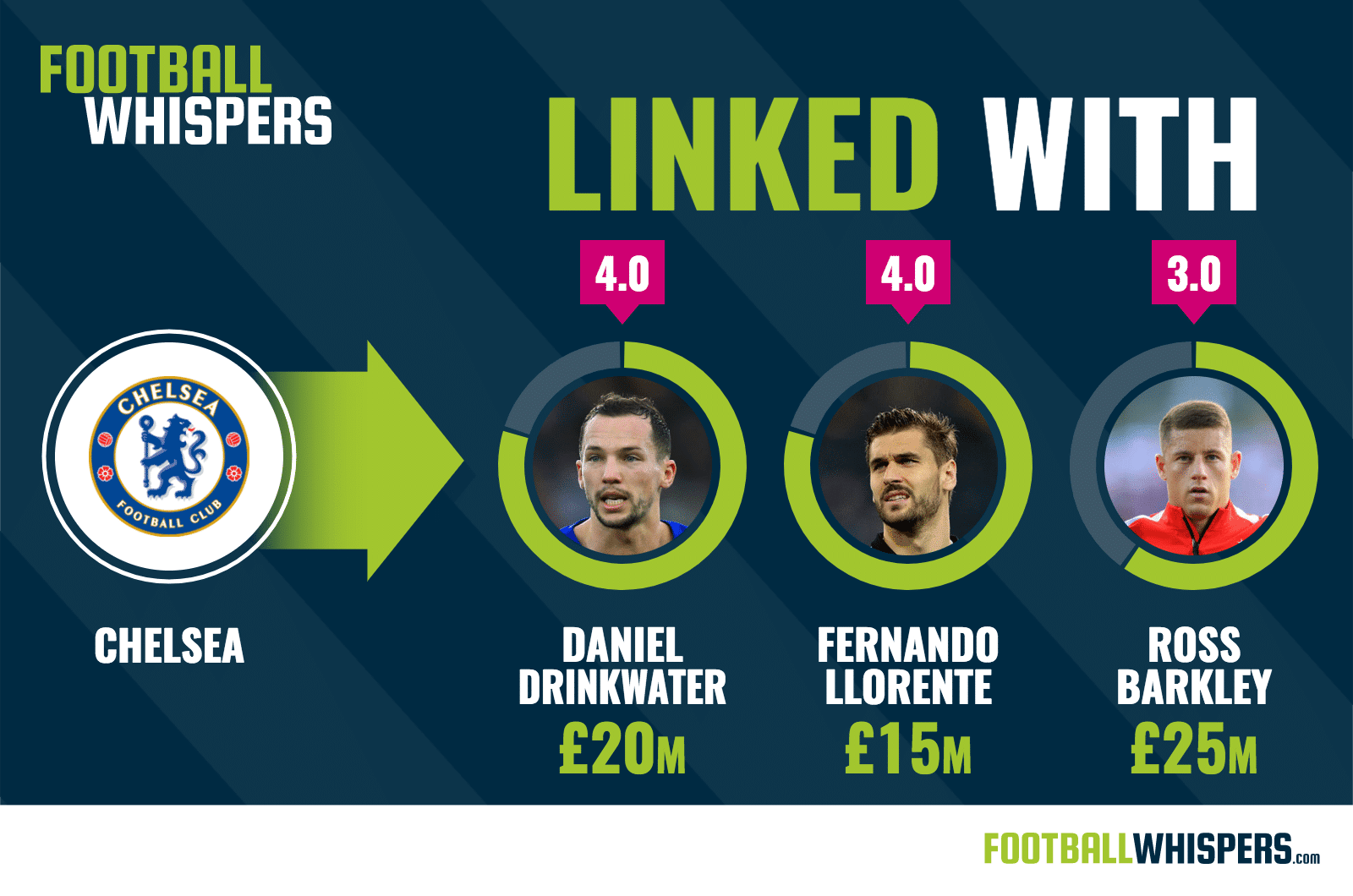 WANT: Coach Antonio Conte wants Oxlade-Chamberlain from Arsenal and Leicester's Danny Drinkwater in and possibly Virgil van Dijk from Southampton too, with Diego Costa out. He claims to be calm if nothing happens, though.

WANT: A desperate start for Frank de Boer means he wants at least three new players, including a striker to help ease the burden on Christian Benteke to score all the goals at Selhurst Park.

WANT: Ronald Koeman said after defeat at Chelsea at the weekend he wants two more players. A loan deal for Atlético Madrid transfer target Costa tops the list as a striker is his priority.

WANT: Unbeaten and yet to concede a goal in their first three games in the Premier League and manager David Wagner says their business is done. Only time will tell, but it seems they are ready for battle with the players already recruited.

WANT: The fact Craig Shakespeare has been trying to lure Jonny Evans across the Midlands from West Brom would indicate a central defender is high on the wish-list.

But it is unlikely he can compete with the lure of Arsenal and Manchester City, unless they are prepared to match the financial packages and offer more regular football in a World Cup season. Nottingham Forest midfielder Ben Osborn could be a more realistic target. 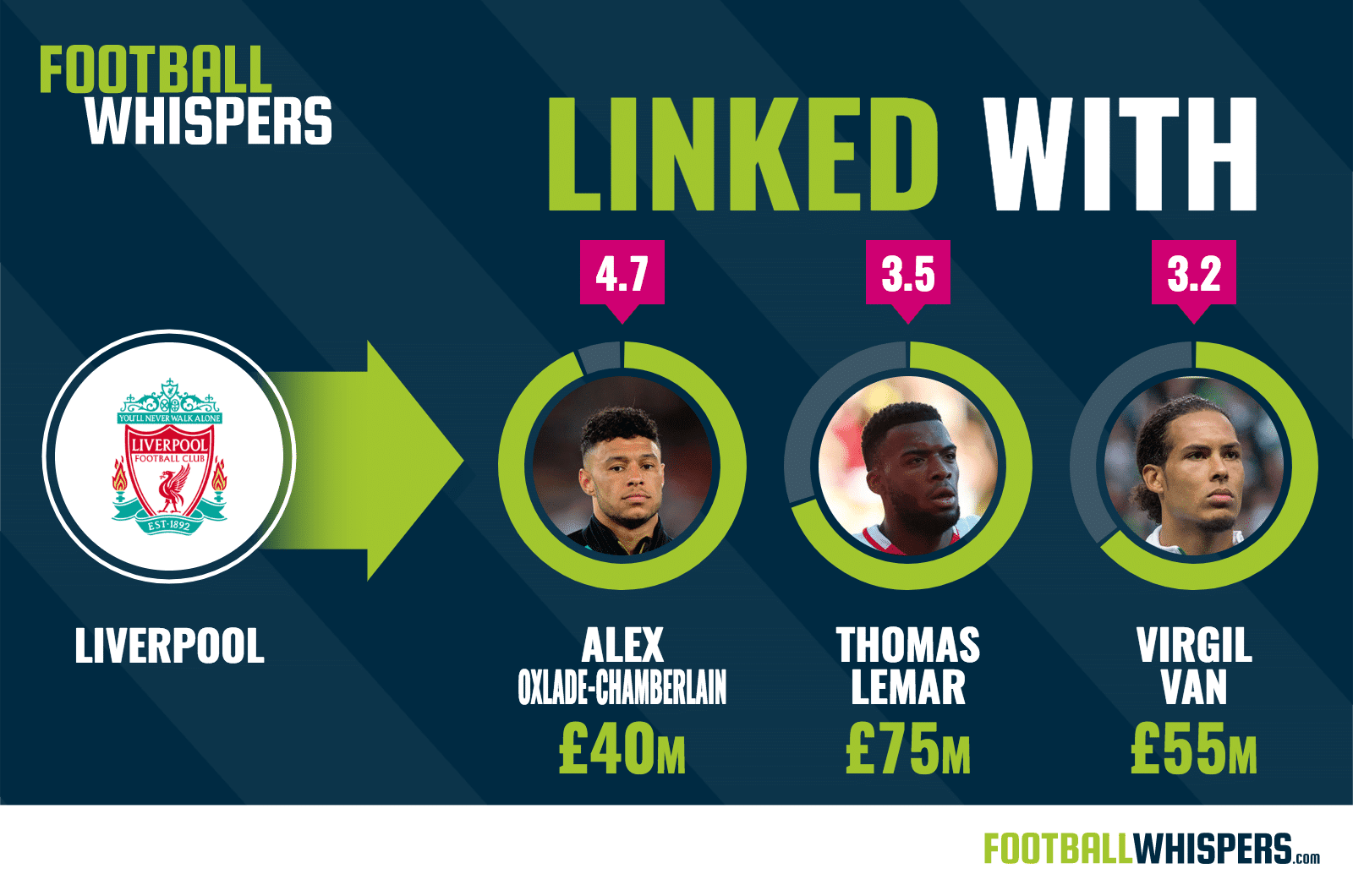 WANT: Apart from stopping Barcelona transfer target Philippe Coutinho from fulfilling his wish to leave, a deal which is still quite possible, Jürgen Klopp has openly targeted a central defender (Southampton's Virgil van Dijk) and a Coutinho-like player (see club record bids for Monaco's Lemar). Arsenal's Oxlade-Chamberlain is also on his list.

WANT: With no limit on funds, spend anything is possible for Pep Guardiola and he really wants Arsenal's Sánchez. Repeated nibbles at West Brom's Evans betray his lack of confidence in his central defenders so something could happen at the back too.

WANT: They have already spent a mind-boggling amount of money, but that has not stopped José Mourinho from being linked with Real Madrid's Gareth Bale. They will bid for more players, but the likelihood, however, is that United's business is probably done.

WANT: Coach Rafael Benītez wants a lot, but it seems the money men at St James' Park will need to ship some players out fast before he gets the four players he wants in to strengthen the spine of his team and squad. Liverpool striker Divock Origi is a key target.

WANT: Aside from keeping van Dijk, the side's apparent lack of goalscoring potential would indicate a late bid for a striker – but not Arsenal's Theo Walcott.

WANT: Mark Hughes has done some good deals at the back, but is one of many managers who would love another regular goalscorer in the ranks and he is looking for a late deal bargain.

WANT: Paul Clement has made no secret of his desire to add some quality and has pursued West Brom's Nacer Chadli on and off all summer. The deal could still be done with those in the know also not ruling out a return to the club for Manchester City misfit Wilfried Bony.

WANT: Tottenham seem to need more numbers and Daniel Levy likes to leave it late, often in dramatic fashion. He will be busy for the rest of the window. Serge Aurier remains a Spurs transfer target from PSG, but they are not the only club who admire the talented Ivorian.

WANT: They were really keen on Arsenal's Kieran Gibbs so are still after a left-back and possibly other defenders too as cover for early season injuries to Daryl Janmaat and Craig Cathcart.

WANT: To carry on fending off interest in central defender Jonny Evans and get a loan deal over the line for Paris Saint-Germain midfielder Grzegorz Krychowiak. A move for Arsenal's left-sided defender Gibbs is likely to go through too.

WANT: Slaven Bilić's targets change from day to day, but the club have been strongly pursuing Sporting's Portuguese midfielder William Carvalho. A late bid fro Arsenal's Wilshere could happen too.

For the latest transfer news as it happens, follow Football Whispers' Live Blog