As Premier League clubs pay increasingly vast sums of money for players based in Europe there an untapped markets further afield with gems to be found, one of which is Boca Juniors defender Lisandro Magallán.

The 24-year-old Argentine has been linked with a switch to the Premier League this summer. He was previously linked with Manchester City in 2012 but could head to England this summer instead.

We've run the rule over Magallán and asked whether he is ready for the Premier League yet.

On August 16, 2010, Magallán was handed his professional debut in Gimnasia's Primera División clash at Olimpo. But it was a game the then 16-year-old did not finish as the match was abandoned shortly before the hour due to floodlight failure.

Robbed of his full debut, Magallán still finished the 2010/11 campaign with five appearances but Gimnasia slipped out of the top flight after losing a relegation play-off to San Martín.

A 2-1 aggregate defeat condemned Gimnasia to Primera B Nacional but relegation was overshadowed by giants River Plate slipping into the second tier for the first time in their history. 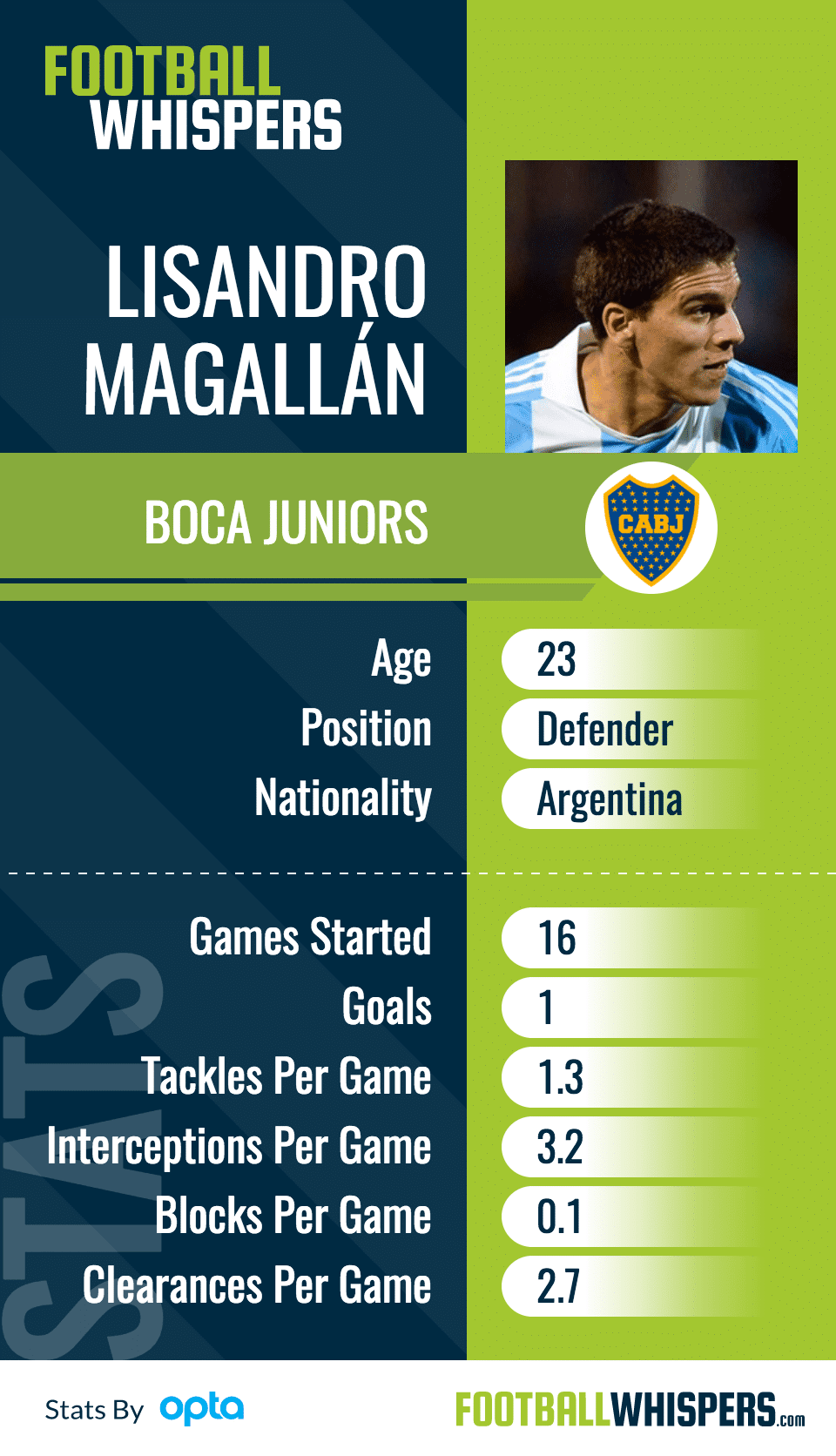 Magallán benefitted from relegation, though, and finished his second season as a professional by making 21 appearances. It was another poor season for Gimnasia, finishing 18th, but Magallán did enough to impress Boca who spent €1.4million to acquire 80 per cent of his economic rights.

After being restricted to eight league outings in his first season at the Bombanera, previously home to Diego Maradona, Carlos Tévez and Juan Roman Riquelme, Magallán joined Rosario Central on loan for the 2013/14 campaign and helped El Canalla to a tenth-place finish in the top flight.

Last season Magallán made 16 appearances on loan at Defencia y Justicia. But at 23 it is time for the defender, who played for Argentina at the 2016 Olympics in Rio, to nail down a starting berth – be that at Boca or in the Premier League.

Although he has scarcely found himself first choice at Boca he has a place in the club's history, scoring his only goal for the club in 1-1 Superclásico draw against fierce rivals River Plate in October 2014.

Considering his relative youth, Magallán's positioning and awareness are already impressive. Attributes that usually come with age, the 23-year-old reads the game well and that enables him to sniff out danger before it happens. He is an intelligent and well-rounded defender.

In the clip below, taken from last year's Olympic games, Magallán is keeping pace with a Portuguese runner. But he recognises the danger and darts in to intercept the cross from the right. 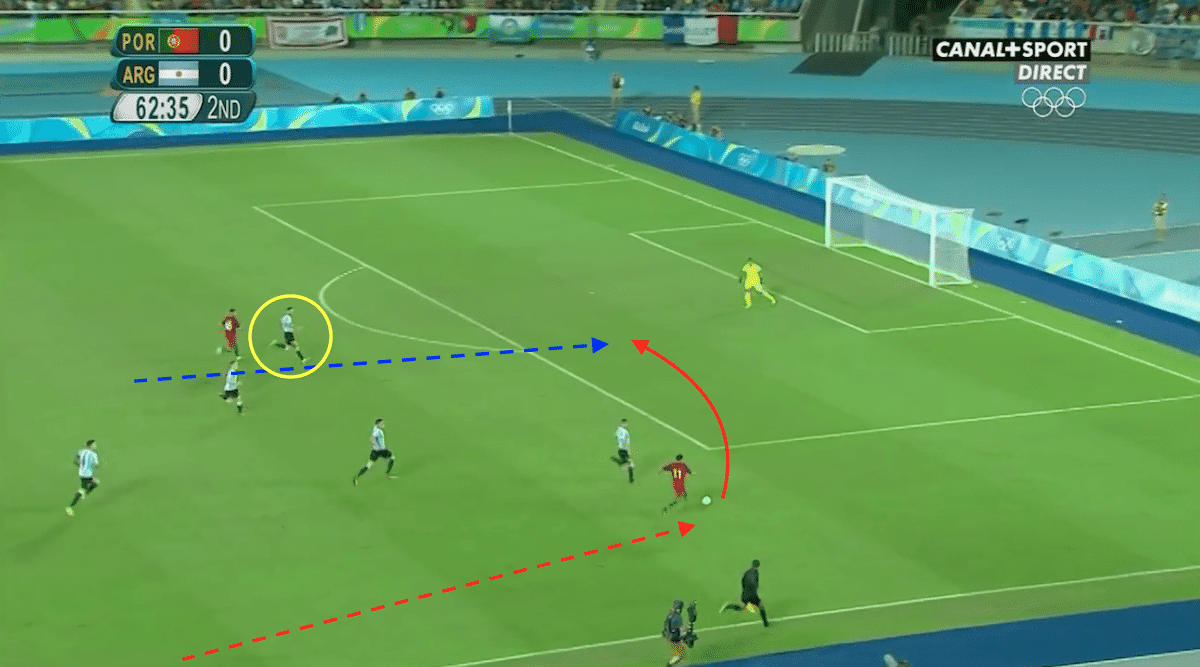 More recently, in a Primera División clash against San Lorenzo, Magallán reads the flight of a ball into the penalty area. He stations himself on the corner of the six-yard box, cutting out the option to the near post and heading clear for Boca. 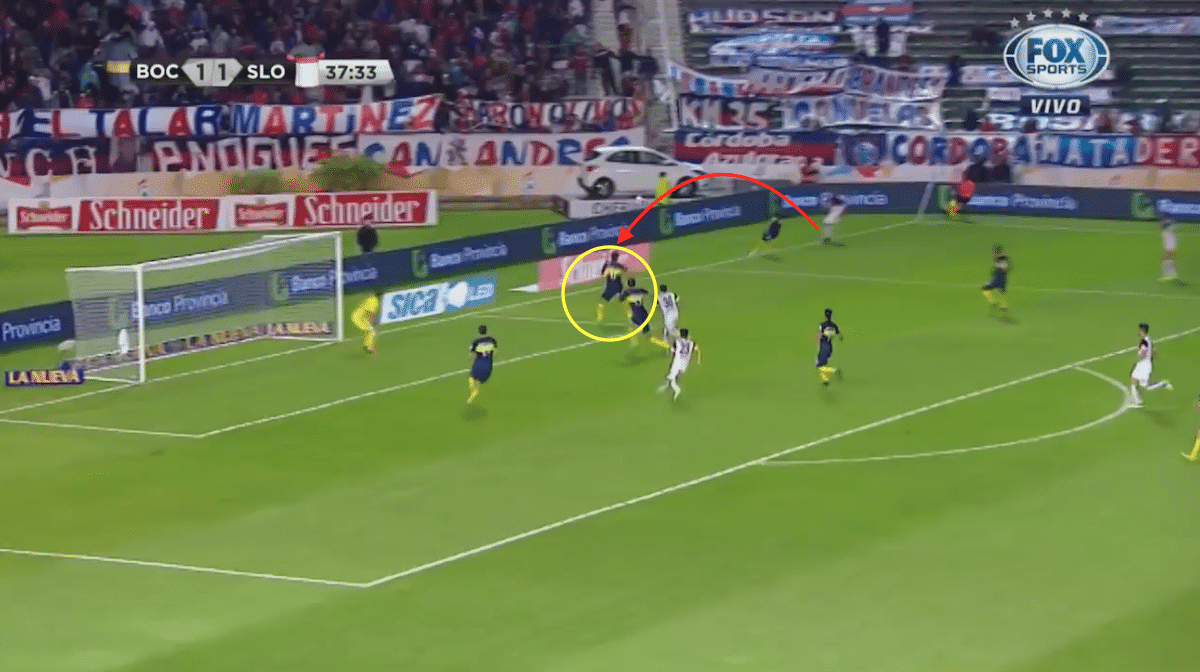 In the next image, against Aldosivi, Magallán displays his reading of the game again, squeezing up to win the ball initially before winning a sliding tackle as the ball runs loose. 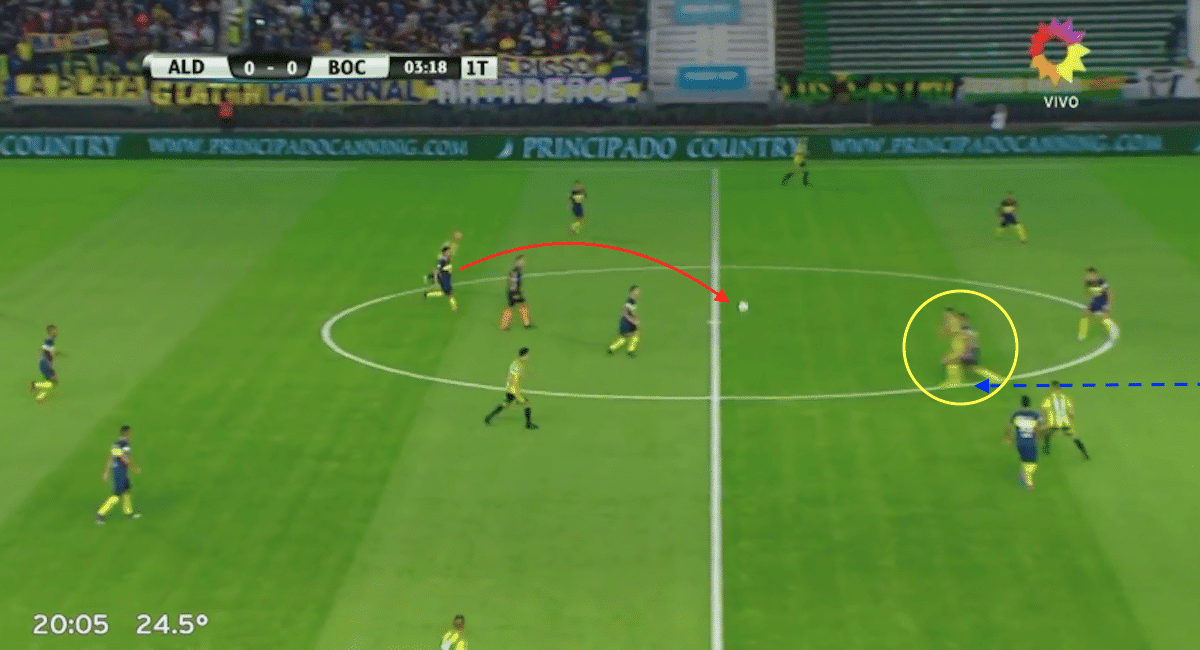 Magallán also boasts the mobility and powers of recovery to get out of trouble when necessary. In the still below, taken against Olimpia, the Argentine is put on the back foot by a hopeful hook over the top. 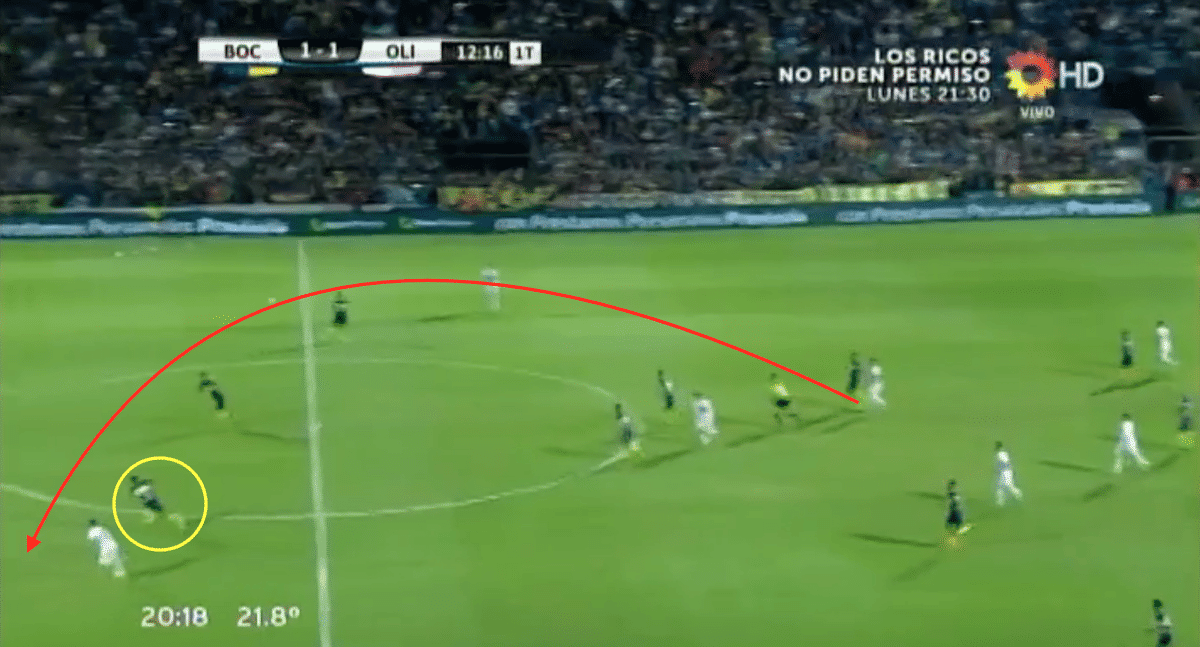 But he uses his pace to catch up with the Olimpia attacker and waits until the right moment before putting his head in to nudge the ball away. 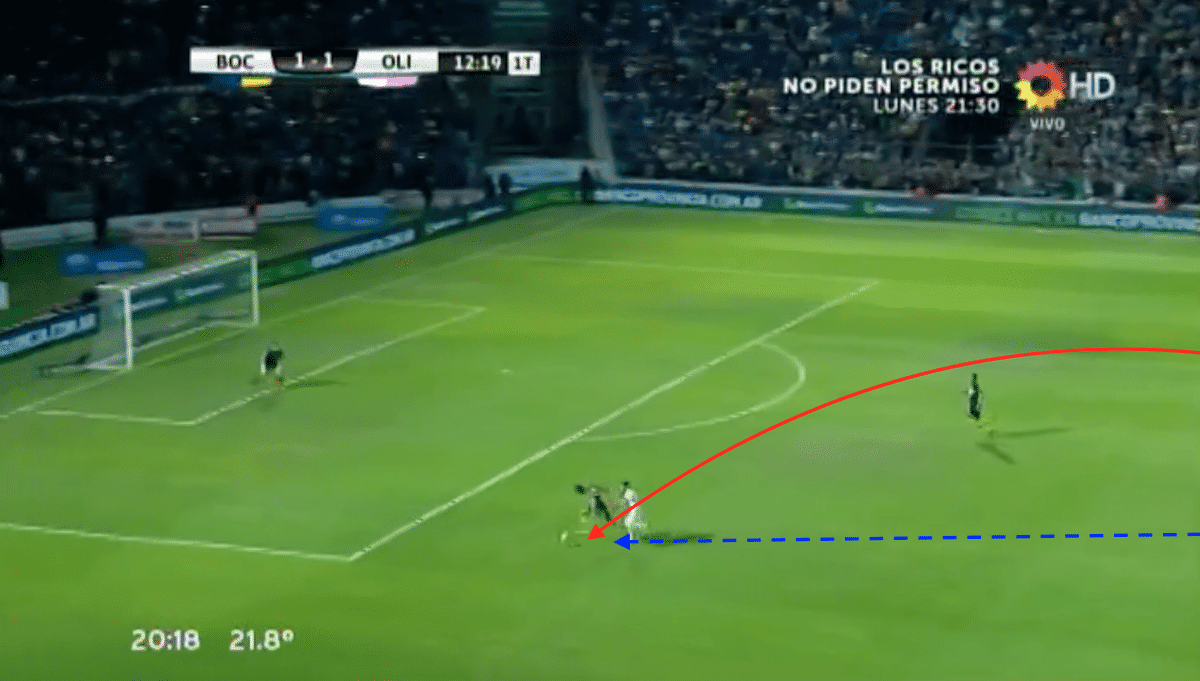 There are two big question marks against Magallán. His tackling can sometimes let him down and he has shown a tendency to dive in in a careless – almost reckless – fashion.

That isn't to say he's a bad tackler and it is something which can only improve with experience. At 23 he has only made 65 league starts so he is still learning.

In the image below, taken from his time with Defensa, that naïvety when tackling is apparent as Magallán loses patience after being held off and throws himself into a tackle from behind which he is never going to win. 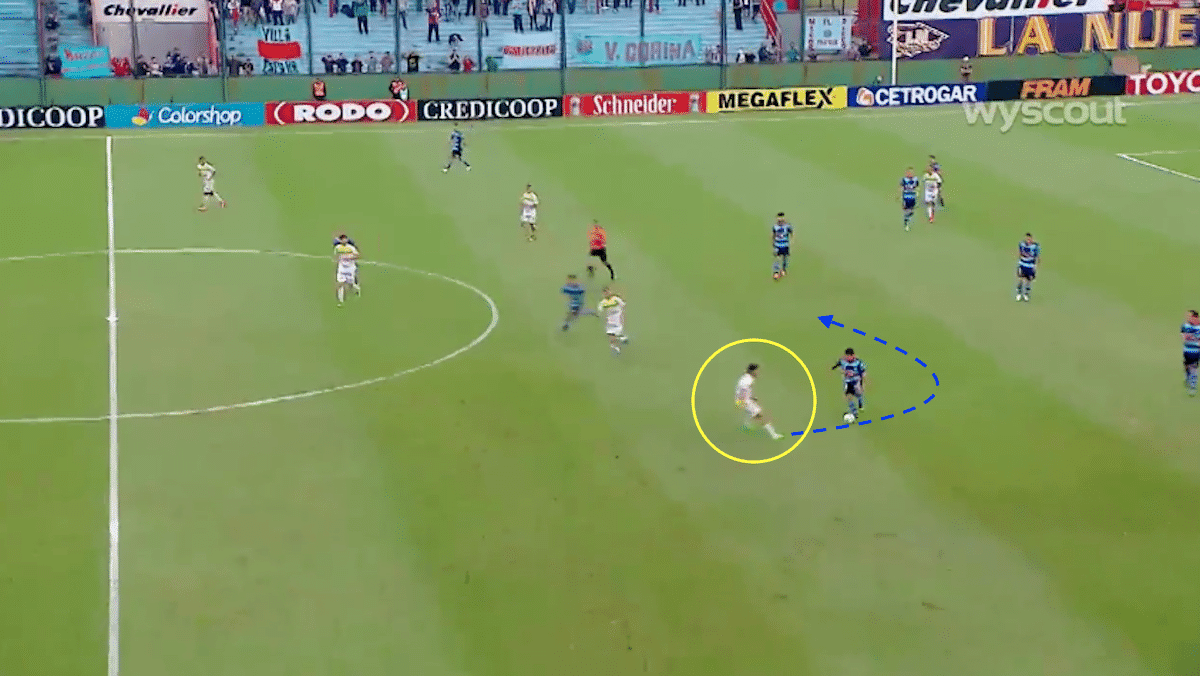 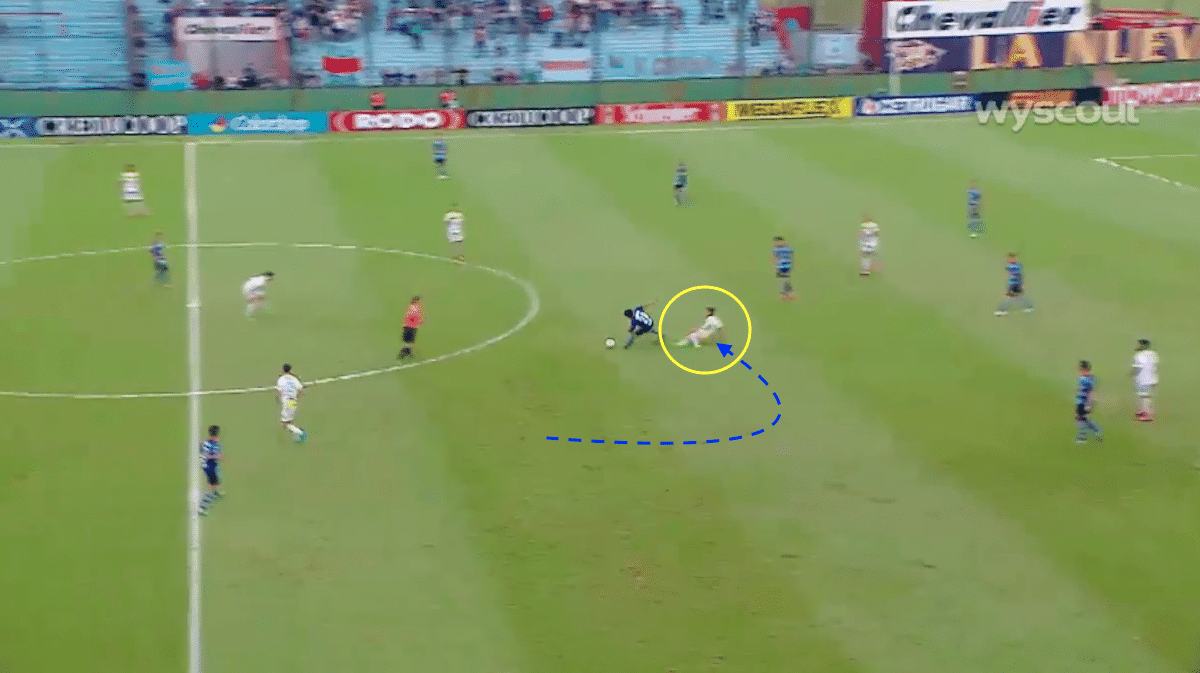 The other blot on Magallán's copybook is his passing. He is not a bad user of the ball, per se, but he tends to play it safe and does not look for anything out of the ordinary.

In any side who look to play out from the back that would be an issue but, given his relative youth, it is something he could also be coached into becoming more comfortable with.