Liverpool travel to Bundesliga side Hoffenheim knowing a win isn't a necessity but it would put them in control of the Champions League tie ahead of the return leg at Anfield next week.

The Reds kicked off their Premier League campaign in disappointing fashion over the weekend. A 3-3 draw away to Watford isn't the sort of result you pick up when you have title aspirations, especially when you head into added time with a lead to defend.

Liverpool were defensively shambolic at Vicarage Road. A shy goalkeeper, Simon Mignolet, played a hand in the opener while the inability to track runners was evident in the second Watford goal. The third just summed Jürgen Klopp's men up as a defensive unit; easily bullied.

And now they travel to Germany to face a team renowned for their ability in the air. Even in pre-season, when performances have been poor, Hoffenheim have continued to be a goal threat during set pieces.

Hoffenheim coach Julian Nagelsmann is a tactician but even he won't have to be at his creative best against Liverpool. He doesn't have to out-think or outmanoeuvre his Liverpool counterpart. He simply has to ensure his team create openings which will result in set pieces. Then they can do the damage.

They have lost Niklas Sule and Seb Rudy to Bayern Munich but it would be naive to write the Germans off. Their replacements may not be of the same quality but for Hoffenheim it was never about individual quality; more to do with the whole team.

They've retained key midfielders Kerem Demirbay and Nadiem Amiri, Kevin Vogt still keeps them ticking over in defence and they've strengthened their ranks with the signing of Serge Gnabry who arrives via Bavaria on loan for the season.

The midfield will be where the battle is won or lost for Liverpool.

If Gini Wijnaldum, Emre Can and Jordan Henderson perform as poorly as they did against Watford then the Reds might be in trouble.

As detailed in the in depth analysis of Hoffenheim, the Germans use their two box-to-box midfielders in a more attacking sense.

Both Amiri and Demirbay like to get in and around the area to support the strikers and, if the Liverpool midfield switch off like they did on Saturday, Dejan Lovren and Jöel Matip could be exposed.

However, we might see a more conservative approach from Nagelsmann and his men with the idea to take something to Anfield to defend.

Klopp will no doubt have the same idea. He's not got a variety of options right now but it's likely James Milner will come in at left-back to replace Alberto Moreno.

Many view the former Manchester City man as a safer option at full-back and the Reds might want to shore up their backline. 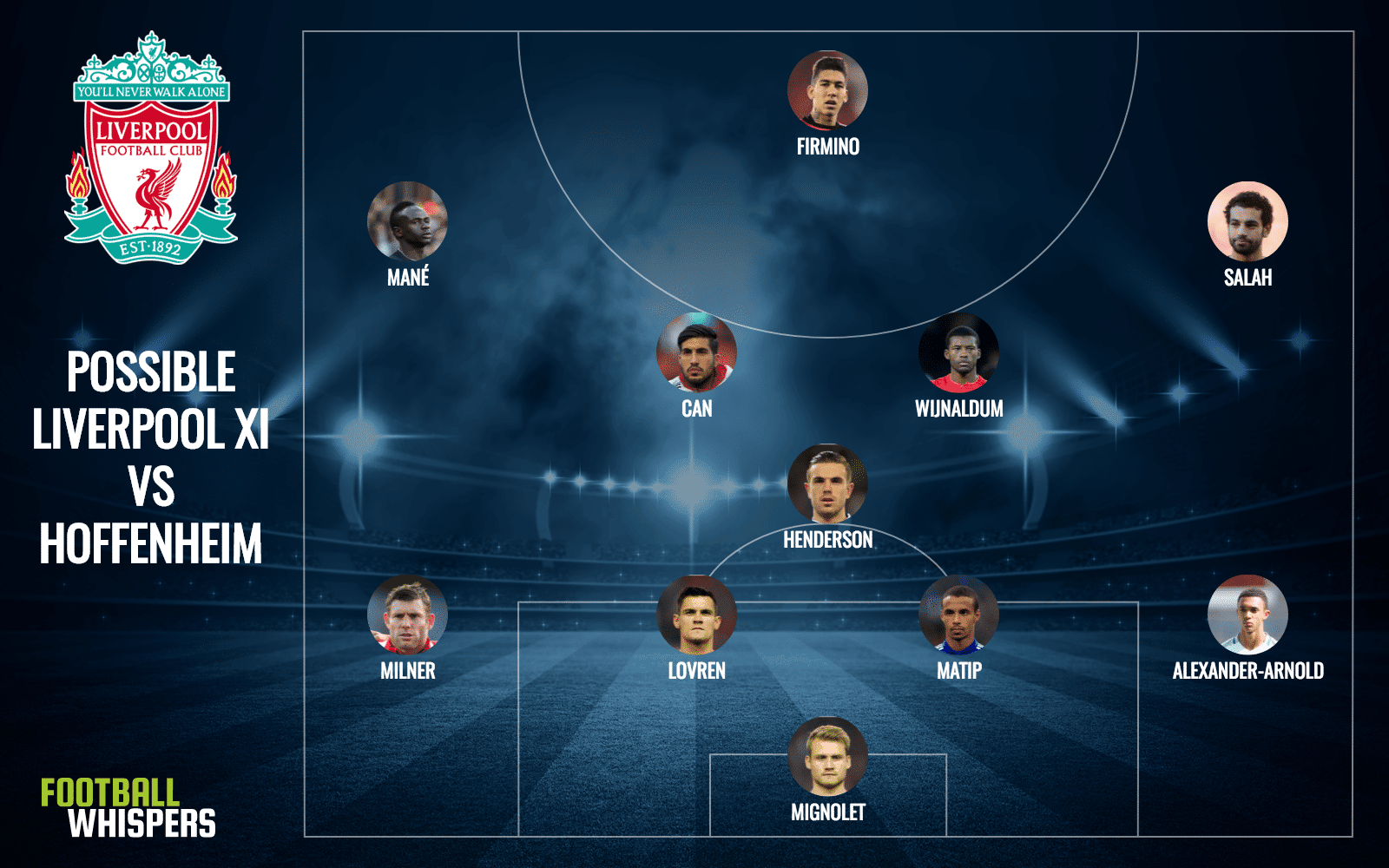 Aside from that, the Reds are likely to be unchanged. On paper it's more than good enough to earn a positive result but football isn't played on paper.

A poor result in Germany could end their season prematurely and dash any hopes of big money arrivals before the window slams shut.