One of the main takeaways from Rangers losing their Scottish Cup semi-final showdown with Celtic was how much of an overhaul they require in the summer. Trailing their Old Firm rivals by 33 points in the league, the gulf in quality was painfully evident for Rangers fans as they lost 2-0 at Hampden Park.

And while it is difficult for their supporters to draw positivity from such a performance and result, they did take solace in Kenny Miller’s typically tireless display in attack. The Ibrox outfit looked decidedly limp in the final third and the vastly-experienced talisman looked like the only outlet.

Following the defeat, there have been calls for manager Pedro Caixinha to oversee significant squad changes in the summer, and with Miller’s future hanging in the balance as he is yet to sign a new contract, striking reinforcements are essential for next season, whether or not he’s at the club.

Here are seven strikers Rangers should buy in the summer to replace Miller.

The Northern Ireland international has seen his stock rise dramatically thanks to his 16 goals this season for Ross County.

The 26-year-old’s form has been the shining light of The Staggies’ season, helping them steer clear of a relegation scrap and is said to be attracting interest from Hibernian and Hearts, so Rangers would have to act quickly.

Boyce’s current deal at County expires in 2018 and would be an affordable option for Caixinha compared to looking south of the border in the Premier League or Championship.

The former Cliftonville striker has proven himself since leaving his local Belfast club in 2014, adapting admirably to the switch from part-time football by shedding some excess weight. He has become one of Scotland’s deadliest marksmen, making Northern Ireland manager Michael O’Neill sit up and take notice.

Boyce is at the right age to take his career to the next level and he can do that at Rangers, even though he has said signing for Celtic would be a dream come true in the past.

Ross McCormack Has Not Reported for Training for Over Three Weeks as He Recovers From Injury https://t.co/1jKv7hp7fw pic.twitter.com/feV4PcYsTs

The 30-year-old Glaswegian is no stranger to the Ibrox crowd. McCormack was a graduate of the club’s youth academy and made 14 senior appearances between 20o3 and 2006, scoring four times.

McCormack has said in the past that Rangers broke his heart by selling him to Motherwell but, considering that was a decade ago, the man currently on loan at Nottingham Forest from Aston Villa may let bygones be bygones.

The forward would certainly add clinical finishing and a predatory instinct to Rangers. Since leaving the club in 2006 he has went on to score 19 goals or more in a single season on five occasions, including 29 in the 2013/14 season with Leeds United.

He has had his troubles this season, though, after joining Villa in a £12million deal last summer. In January, Steve Bruce revealed McCormack had been dropped and disciplined for “continually missing training” while blasting the forward’s lack of fitness.

If Rangers do sign him, supporters will hope he arrives with a rejuvenated confidence and stronger mentality required to challenge Celtic’s supremacy.

Veteran striker Glenn Murray, has had a season to remember with Brighton & Hove Albion, netting 22 times to guide Chris Hughton’s side to automatic promotion to the Premier League.

The former Crystal Palace striker has been a hit with Seagull fans in his second spell at the club but, at 33, there are question marks over whether he can thrive in England’s top-tier.

Murray moved down to the Championship after managing only four goals in 22 appearances for Bournemouth and, if Hughton uses his budget on added firepower, he may fall down the pecking order.

A tall, physical presence up front, Murray would be an excellent candidate to lead Rangers’s line and add an extra dimension to their attack.

He represents another proven, affordable option for Rangers and Caixinha – and would definitely be worth chasing in the summer.

In the 2014/15 season, Patrick Bamford emerged as a bright prospect for the future after firing 19 Championship goals on loan at Middlesbrough from Chelsea.

However, fruitless loan spells followed at Crystal Palace, Norwich City and Burnley and, when he was deemed surplus to requirements at Stamford Bridge, he returned to Boro in January this year.

Unfortunately, it hasn’t panned out for the 23-year-old as he is yet to make a single appearance, partly owing to a fractured relationship with ex-boss Aitor Karanka.

Despite his recent struggles, Bamford is still a natural goal-scorer in need of a new opportunity and may be swayed into joining Rangers.

Bamford was named the Championship Player of the Year in 2015 and that’s a clear example of how highly he can perform, should he be given a run in the team. He is tall, strong and quick with a willingness to run in behind defenders and natural ability to finish accurately. He may not have had the best run lately, but Rangers could be the place for him to reinvigorate his career. 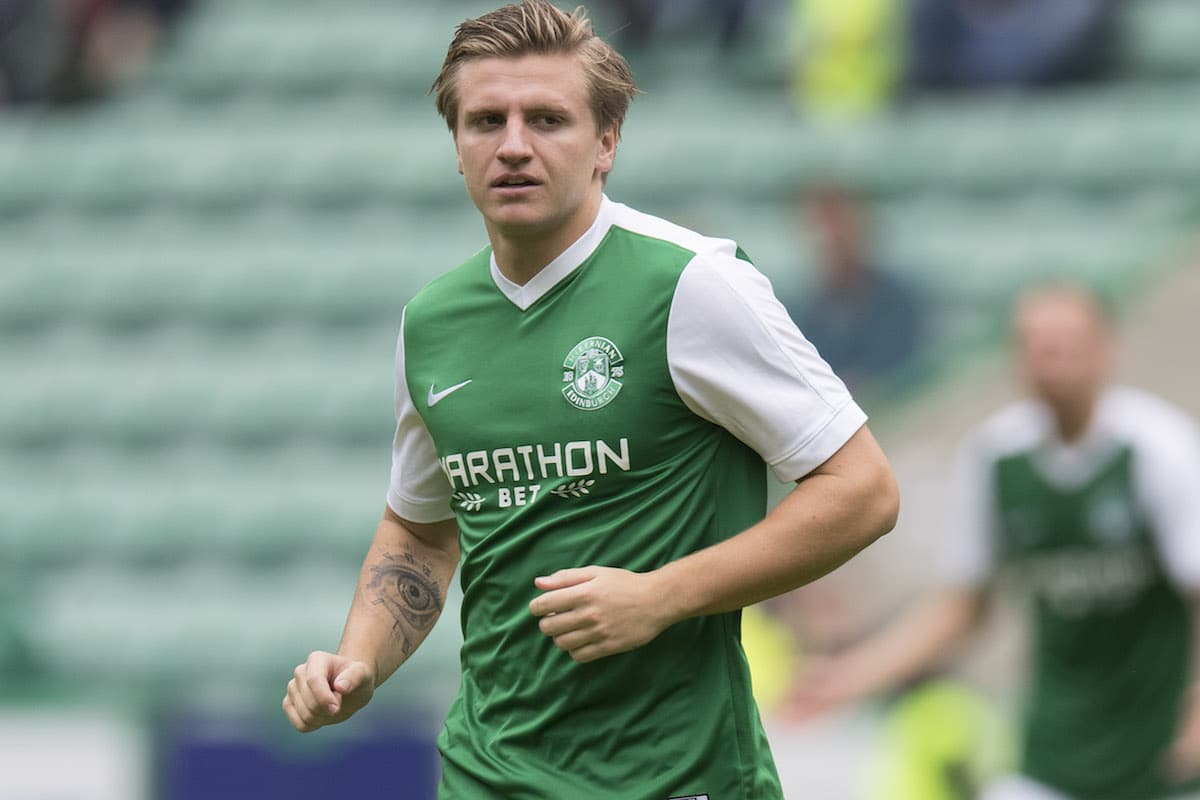 The flamboyant 21-year-old has been on the lips of many a Rangers fan for a while now, dating back to September 2014 when he bagged to help Hibernian record a shock 3-1 win over the Gers.

In the 2015/16 season, Jason Cummings was an integral part of the Hibs squad that won the Scottish Cup. In the semi-final against Dundee United, he missed a Panenka penalty but mentally regrouped to step up and dispatch the winning spot-kick in a shootout after the game finished 0-0.

Of course, Rangers got to know all about Cummings in the final. The low-socked forward assisted Anthony Stokes’ opener as Hibs edged Rangers 3-2.

Cummings has often talked himself up in the media, claiming that betting on him to score against Rangers was like ‘printing money,’ but he’s backed it up by 21 goals this season to help Hibs gain promotion back to the Scottish Premiership.

He is clearly still young and has much to learn but, given time, he could blossom into a Rangers stalwart, with the skillset to inject some much-needed energy and firepower into their ranks.

Kyle Lafferty caused a storm in 2012 when he ripped up his Rangers contract and fled to Swiss side FC Sion, but has admitted that he would love to return.

The 29-year-old has had an up-and-down career since leaving Ibrox. He won the Fans Player of the Season award at Palermo as his 11 goals helped the Italian side achieve promotion to Serie A, but has managed only four goals in 39 appearances in three seasons at Norwich.

His struggles at club level did not hamper his progress on the international scene, though, as Lafferty became Northern Ireland’s talisman during their Euro 2016 qualifying campaign, scoring seven goals to help the Green and White Army reach the finals in France.

But, with his career in England stagnating, there’s certainly reason to believe he would be open to a Rangers return. It would be a risk, of course, considering his inconsistency, but he would offer a significant threat from set-pieces and is that the stage in his career where he knows he has to improve or risk losing his place in the national team.

As a Premier League champion with Leicester City, the totemic Argentine may be the most ambitious target on this list. However, Caixinha has spoken of his desire to return Rangers to the top of Scottish football and, in order to do just that, they’ll require proven quality.

Leonardo Ulloa fell out of favour at the King Power Stadium under Claudio Ranieri after trying to force through a move to Sunderland. However, there are signs that his career is rekindled under Craig Shakespeare as he started the recent 2-2 draw against Crystal Palace.

The 30-year-old has proven himself as a skilled finisher, scoring 13 goals in his first season with the Foxes while also scoring a couple of crucial goals late last season which helped them win the Premier League.

Ulloa is a selfless, hard-working striker who often brings other team-mates into the game with lay-offs and by winning headers and is unquestionably an upgrade on Miller. Persuading him to leave Leicester for Scottish football will be difficult though.