With his contract set to expire later this year, there is a growing desire among Arsenal fans for manager Arsene Wenger to leave the club at the end of the 2016-17 season.

Such a decision would be huge given the Frenchman has been in charge for over two decades, but after 13 years without a Premier League title it could soon be time for the Gunners to move on with someone new in the dugout.

There is a long list of potential contenders to replace Wenger, each with their own philosophy. Here we look at four possible successors to the Arsenal icon and what they would bring to the club. 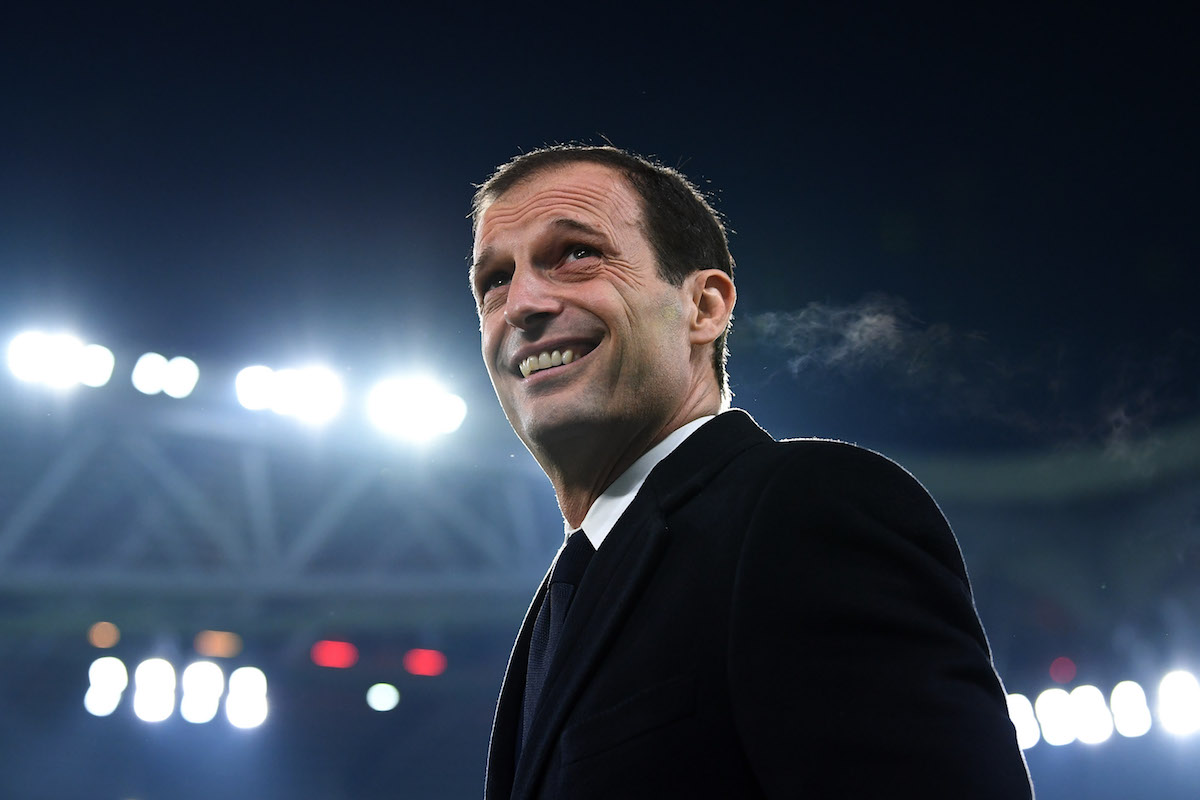 When Antonio Conte left Juventus in 2014, few envisaged Juventus’ domination of Italian football continuing. However, under Massimiliano Allegri’s watch, it has only been extended. With two successive Scudetti to his name and a Champions League runners-up medal to boot, Allegri has stamped his own mark on the Bianconeri, just as he did with AC Milan before. And his ability to revive faded giants would make him a strong candidate for the Arsenal job.

Allegri favours a pragmatic possession game with patient build-up from the back. He has often used a back three to ensure numerical advantage and smooth progression of the ball into midfield, though he has sometimes made use of a back four. 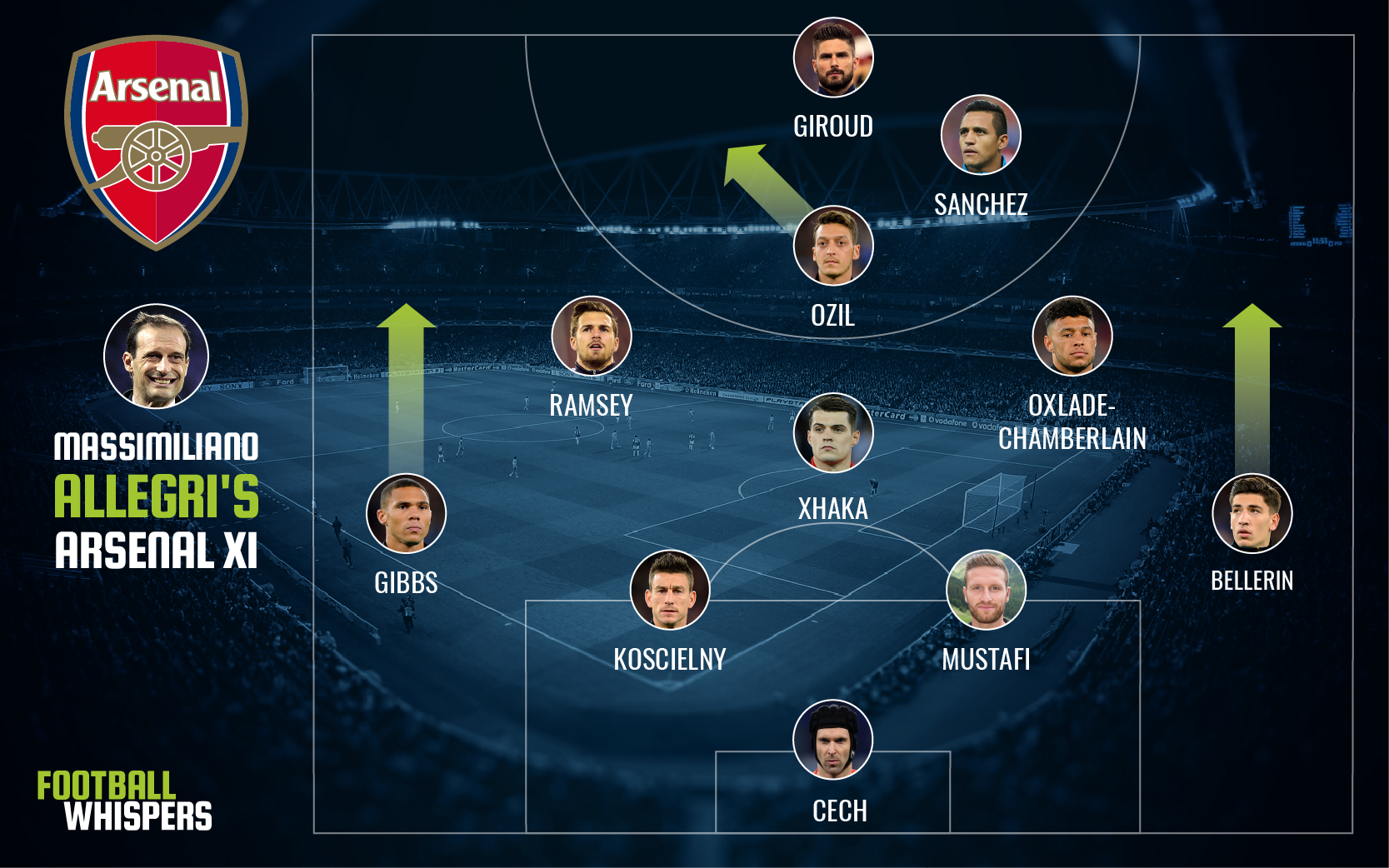 From the early stages, his possession game is about drawing pressure and creating free men between the lines. With Arsenal, it is possible he would utilise Laurent Koscielny in much the same way as he has done Giorgio Chiellini at Juventus, with the French centre-back tasked with bringing the ball into midfield, forcing the opposition to pressurise him and freeing up a more advanced team-mate.

Allegri used a midfield diamond in his first season with Juventus and he could do the same with Arsenal. This could entail Granit Xhaka playing deeper in front of two centre-backs, with Alex Oxlade-Chamberlain and Aaron Ramsey on either side of the Swiss international. Mesut Ozil would then flit between the midfield line and two strikers looking to find space and run at the opposition defence.

Due to his flexibility with systems, Allegri might also seek to implement a 3-5-2 shape at times when Arsenal need extra solidity. This could involve a back three of Gabriel, Shkrodan Mustafi and Koscielny, with Kieran Gibbs and Hector Bellerin offering width on both flanks. Meanwhile, Francis Coquelin could supplement Xhaka in midfield, allowing Ozil greater creative licence to support the strike duo. 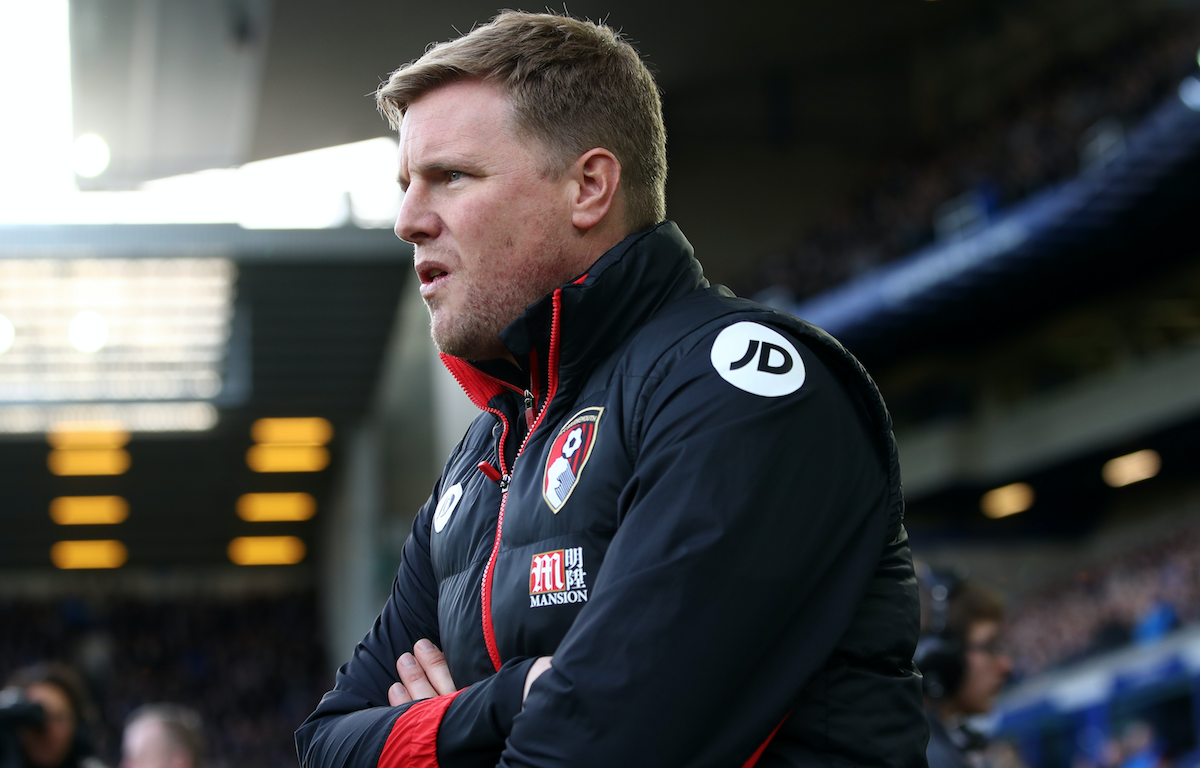 If Arsenal go looking for domestic-based successors to Wenger, one name will undoubtedly spring up early on in the search. Bournemouth manager Eddie Howe has established himself as the most exciting young English manager around having not only led the Cherries to the Premier League, but kept them there. On top of that, he has built the club with a refreshingly attack-minded style of play while developing a number of individuals used to playing in the country’s lower leagues.

As far as Wenger replacements go, Howe wouldn’t bring much of a tactical transition. His Bournemouth side look to build moves from the back, counter-attack at speed when given the opportunity and press around the middle third in a rough 4-4-1-1 shape that, in the attacking phase, can look a lot like the 4-2-3-1 generally favoured by Wenger. 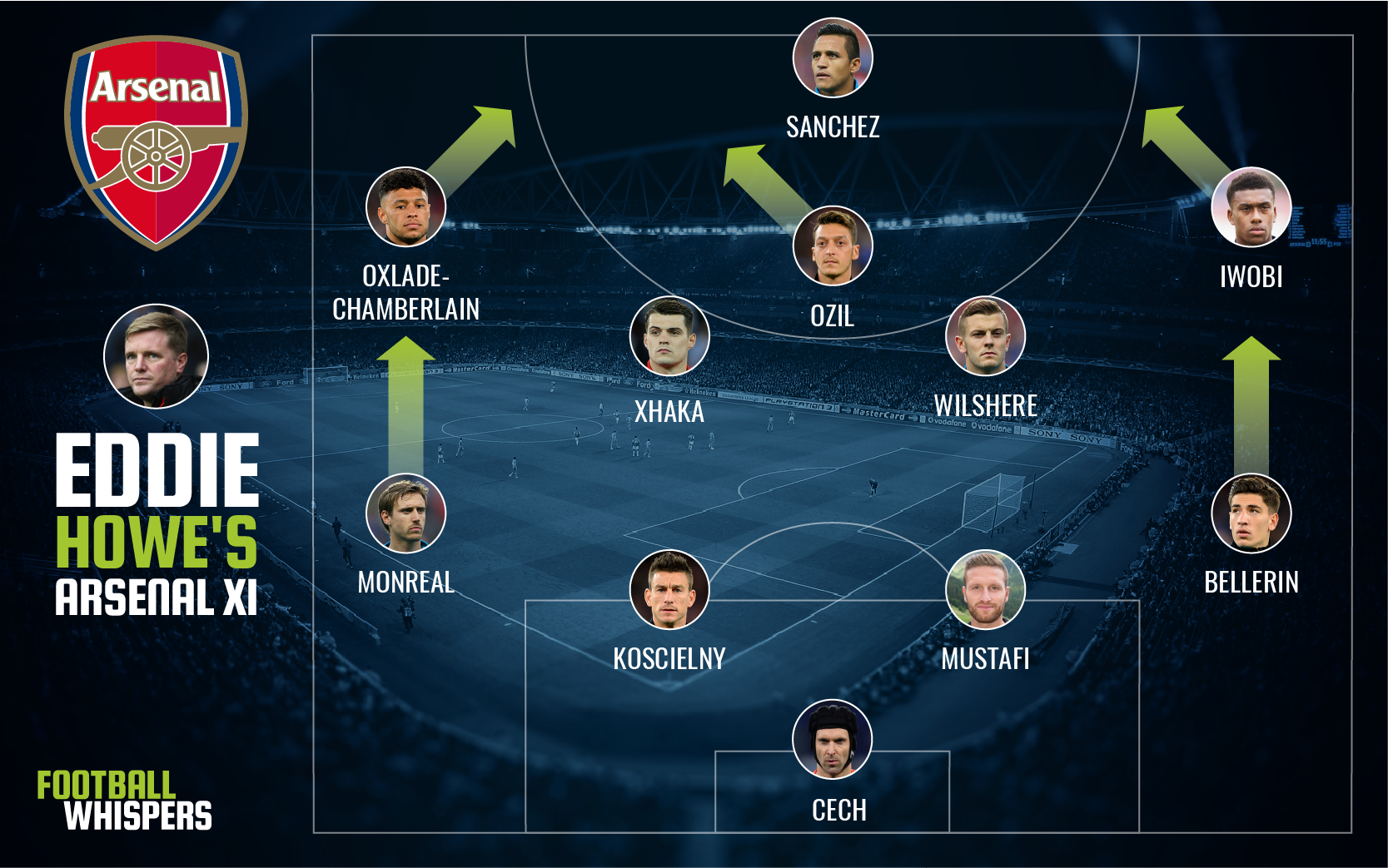 Howe to Arsenal could potentially mean a second chance for Jack Wilshere, who has played well under the Bournemouth boss on loan this season. However, while he has frequently been fielded as an attacking midfielder at Dean Park, the presence of Mesut Ozil would mean a role in central midfield alongside Xhaka would be more likely for the 25-year-old England international.

Up front, Howe tends to prefer hard workers with pace to burn, meaning Alexis Sanchez would probably get the nod ahead of Danny Welbeck and Olivier Giroud. On either side of the Chilean, Theo Walcott, Alex Iwobi and Oxlade-Chamberlain would compete for the wide berths, with Ozil operating in a free role behind Sanchez. 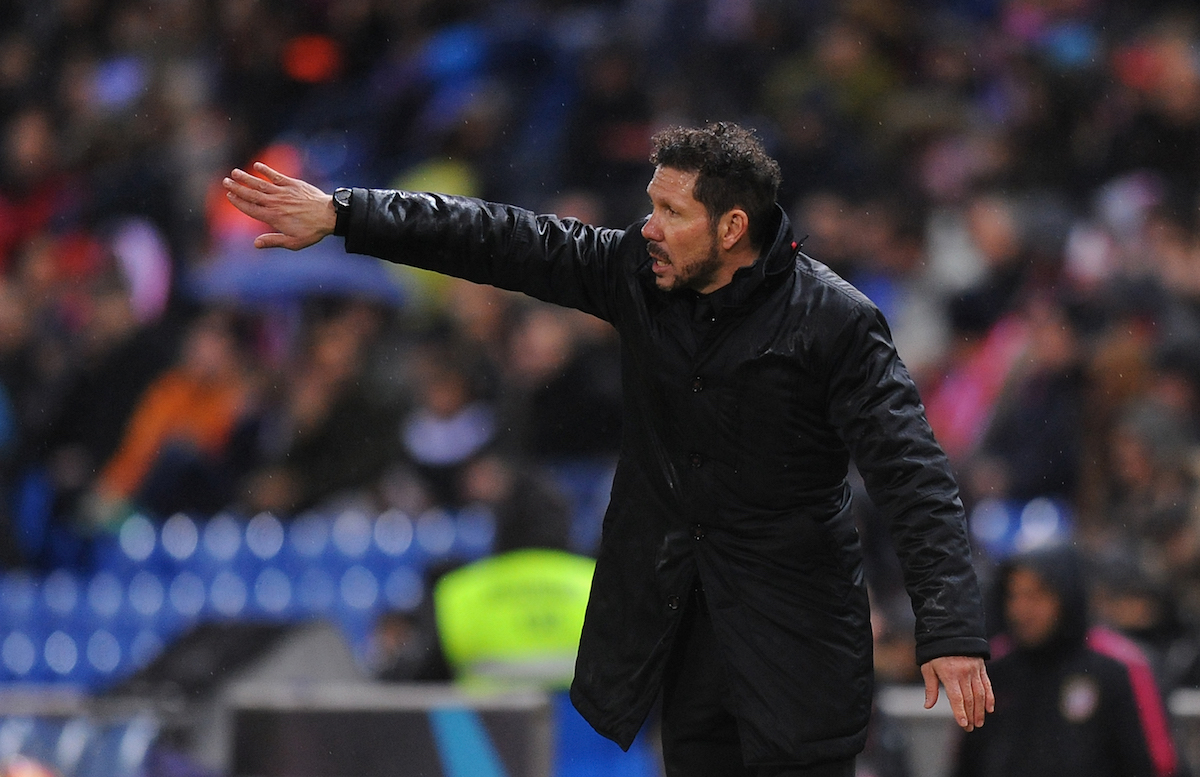 Atletico Madrid have been revolutionised by Diego Simeone over the course of the last six years. Going from occasional cup competitors to serial challengers at the top of La Liga and the Champions League, Los Colchoneros have surprised with their results and, more importantly, caught the imagination with their fast, incisive style.

Simeone has often lined his Atletico up in an incredibly compact rough 4-4-1-1 shape with emphasis on retaining their defensive shape. With little space between players, opponents have often been forced wide and back by an unrelentingly solid unit. Occasionally, the Argentine has sought to press high with real intensity, though generally he prefers his team to operate in a deep block before springing swift, co-ordinated counter-attacks. 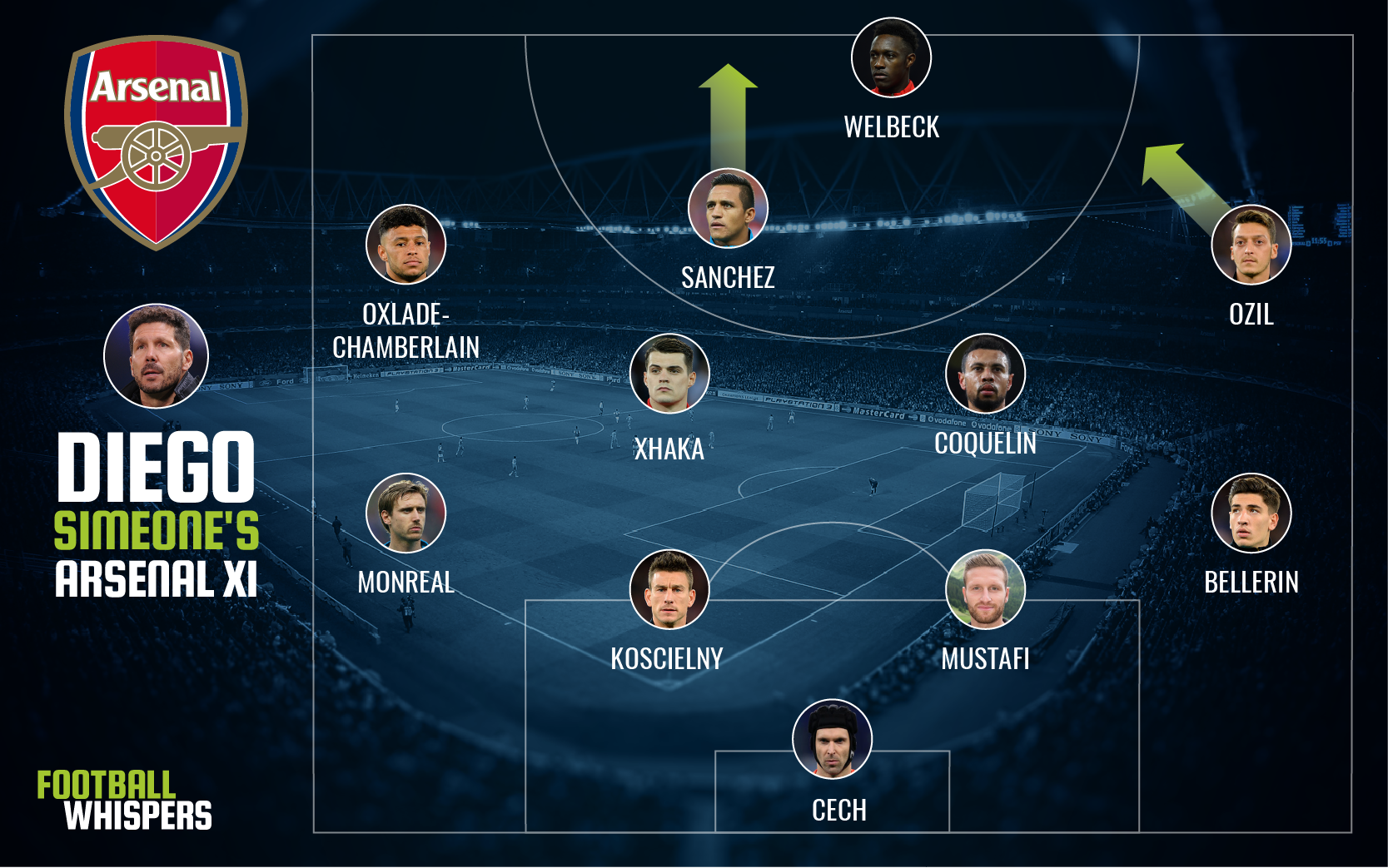 Arsenal have lacked serious defensive shape for years, and Simeone would be the man to provide it. He would look for players with energy, work-rate and tactical intelligence, and while the latter trait may be in short supply, the former two are present in a number of existing Arsenal players.

Simeone would likely replicate his preferred shape in the Premier League, with two banks of four and a centre-forward backed up by a support striker. He would protect Petr Cech with a four-man defensive line of Bellerin, Mustafi, Koscielny and Monreal, while the midfield would be patrolled by Coquelin and Xhaka. He could use a right-footed midfielder on the left side of the midfield four, as he has done with Atletico, in the form of Oxlade-Chamberlain, while Ozil would be encouraged to drift inward and forward from his right-sided role.

Up front, the vigour, athleticism and commitment of Welbeck would make him perfect for the lone striker role in a Simeone side. The Englishman would be expected to defend from the front, hassling the opposition ball-player and instigating the press. Behind him, the raw pace, skill and audacity of Sanchez would make him the ideal counter-attacking threat.