Posta Rangers take on the relegation-threatened Wazito in the next game of the Kenyan Premier League on Saturday, 04 June. Both teams enter the field after dropping three points in the last games.

Posta Rangers are winless in the last four attempts, having two defeats and two draws. However, Wazito are also not from their rivals and have been through a long string of winless games, getting only one victory in the last 12 games. The Mailmen will also be feeling encouraged over the recent H2H results. Posta Rangers have conceded zero defeats against Wazito and registered two victories in the last four H2Hs. So we pick the Mailmen as our favourites to get the victory in this game.

Both teams have been unable to get a high total of goals recently as they didn’t score more than once in any of the latest attempts. Posta Rangers and Wazito have found the back of the net only three and two times respectively in the last five games. In addition, two of the previous three H2Hs have gone with below 2.5 goals. So a low-scoring outcome will be the most probable result for this duel.

Posta Rangers vs Wazito: Check out the best odds and the latest stats

Posta Rangers vs Wazito: Check out the team information

The Mailmen extended their winless streak to the last match defeat where they lost the lead of 0-1 and ended in a 2-1 loss against Police FC. But Posta Rangers have managed to get ninth on the table, securing 12 wins in 32 attempts. The club gaffer Stanley Okumbi will have all of its players available for this game.

Wazito couldn’t hold their winning form and got a defeat in the last game against Bidco United. The team has confirmed only six wins in the 31 attempts of the season and is buried in the second last of the points table. The club gaffer Fred Ambani will enter the field with a fully healthy squad to play this game.

Questions About Posta Rangers vs Wazito 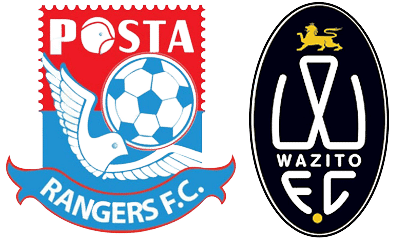 Where is the game being played? Kipchoge Keino Stadium.