There may once again be midfield upheaval at Anfield this summer.

If a new deal can’t be agreed with Emre Can then the Reds will be forced to cash in on the German before he enters the final year of his reported £45,000-per-week deal. The recruitment team will once again be tasked with raiding the competitive market for midfield reinforcements.

Recent reports, the source being James Pearce of the Liverpool Echo, have suggested the player isn’t satisfied with the current offer on the table but the club are refusing to blink and it’s all a bit of a standoff.

Contingency plans will of course be in place for the potential departure of the 23-year-old but if Liverpool don’t fancy shopping at Southampton again, that’s taking nothing away from both Pierre Emile Hojbjerg and James Ward-Prowse who are both talented players, then there are a few midfielders around Europe who may suit Jurgen Klopp’s system.

So far this season the German midfielder is averaging 44.9 passes and he’s completing 81.5% of them. He’s scored three goals and has a single assist in the Premier League. He makes 2.1 tackles and 1.1 interceptions per 90 minutes as well as completing 0.8 dribbles. As you can see he’s a bit of an all-rounder.

Player identification will be key. Is Klopp replacing Emre Can the destroyer or Emre Can the box-to-box midfielder? They aren’t one and the same and it would be negligent to believe they are. Does the Liverpool squad need a hybrid or a specialist?

Four Midfielders who could replace Emre Can 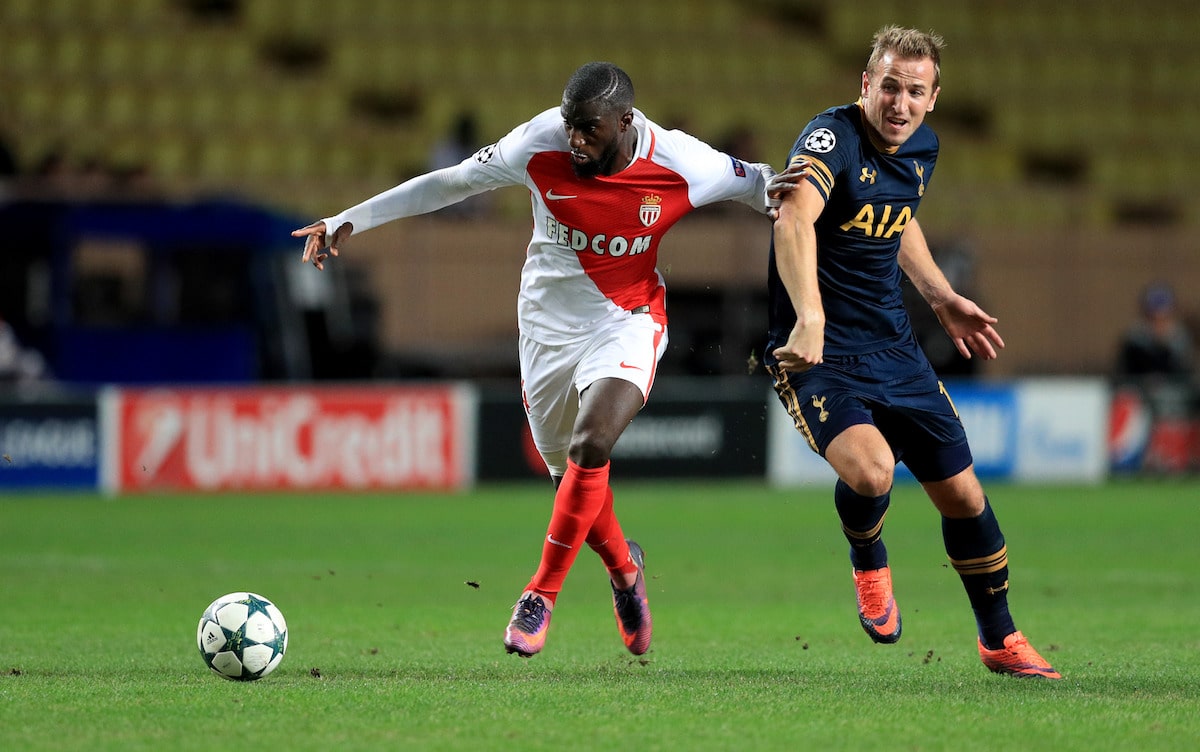 The 22-year-old has been one of the standout performers in Monaco’s climb to the top of Ligue 1. In a profile Andrew Gibney wrote on the player, he had this to say: “Bakayoko is a man-mountain. He’s got the upper body strength to hold off stockier opponents. If you were going to manufacture a midfield destroyer, he is the template that modern football should be following.”

There are definitely some similarities to Emre Can. He gobbles up the ground when he get’s going and he’s expressive with his passing. He has two goals so far this season and one assist. He’s completing 87.8% of the 49.1 passes he attempts. As well as that he makes 2.7 tackles 2.2 interceptions and completes 2.2 dribbles per 90 minutes.

His form hasn’t gone unnoticed and he’s been linked with both Manchester United and Chelsea. Unfortunately though for the Reds it’s unlikely he’ll be turning up at Anfield anytime soon. He shares an agent with Mamadou Sakho and it’s unlikely he’ll want to deal with Liverpool for a while after what’s happened with the French defender.

RB Leipzig have shocked many and currently find themselves sitting in second place in the Bundesliga and just the three points behind Bayern Munich. Although filled with potential world beaters Naby Keita is the man RB Leipzig may have the most difficulty in keeping beyond the end of the season.

The 21-year-old joined from RB Salzburg in the summer for a reported £13million and according to his agent he rejected moves to Liverpool and Arsenal in the summer. He wanted guaranteed football to further his development and RB Leipzig offered just that and he’s been vindicated in his decision. He’s bossing it and already looks capable of dominating a Premier League midfield.

He’s scored four goals and grabbed three assists in just 13 starts. He’s averaging 2.9 completed dribbles, 2.3 tackles and 2.9 interceptions per 90 minutes. He’s impressive on the ball, too. Of the 45 passes he attempts he completes 80.7 of them.

It’s only a matter of time before he moves on to a bigger team. 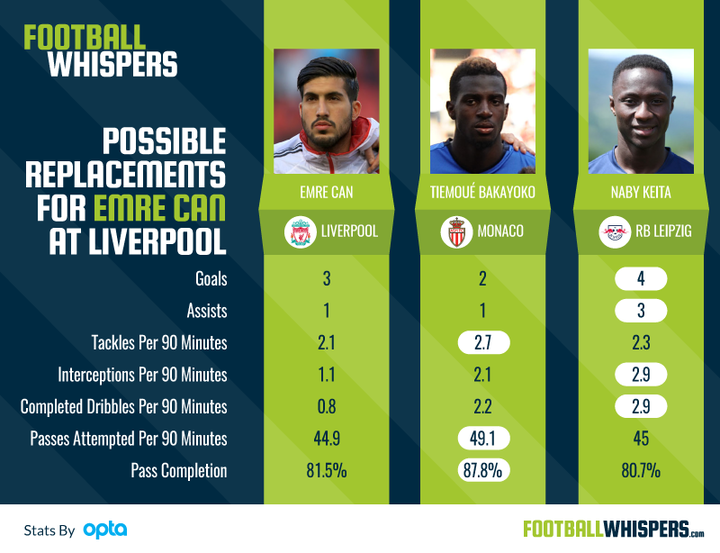 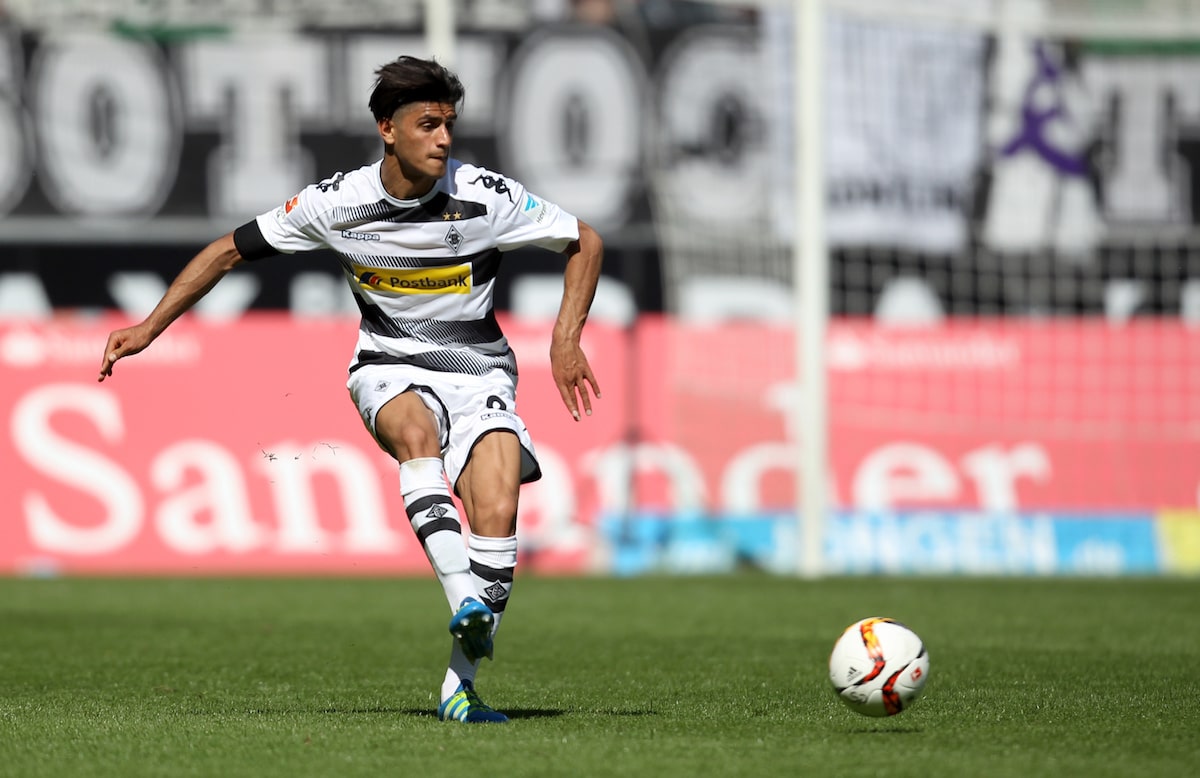 Liverpool were heavily linked with a move for Gladbach’s wonderkid Mahmoud Dahoud in the summer but the deal never materialised. Many had expected the Reds to go back in for the 21-year-old box-to-box midfielder in January after the player rejected a new deal with the Bundesliga outfit but the arrivals door at Melwood is nailed shut.

After impressing during his first full campaign he’s been relegated to the role of a squad player this time around as Gladbach have struggled.

He’s made just the 11 Bundesliga starts meaning his sample size when looking at stats isn’t the best yet he’s still managing to post some impressive numbers. He’s averaging 2.4 tackles and 1.7 interceptions per 90 minutes to go alongside 0.8 completed dribbles and an 81.7% pass success rate from an attempted 58.2 passes. The technically gifted midfielder has also chipped in one goal and one assist.

Come the summer the German maestro will have just the 12 months remaining on his deal and there is the potential there for the club to grab themselves a bargain. However, his agency also represents Emre Can and this current questionable relationship may have an impact on any potential Dahoud deal. 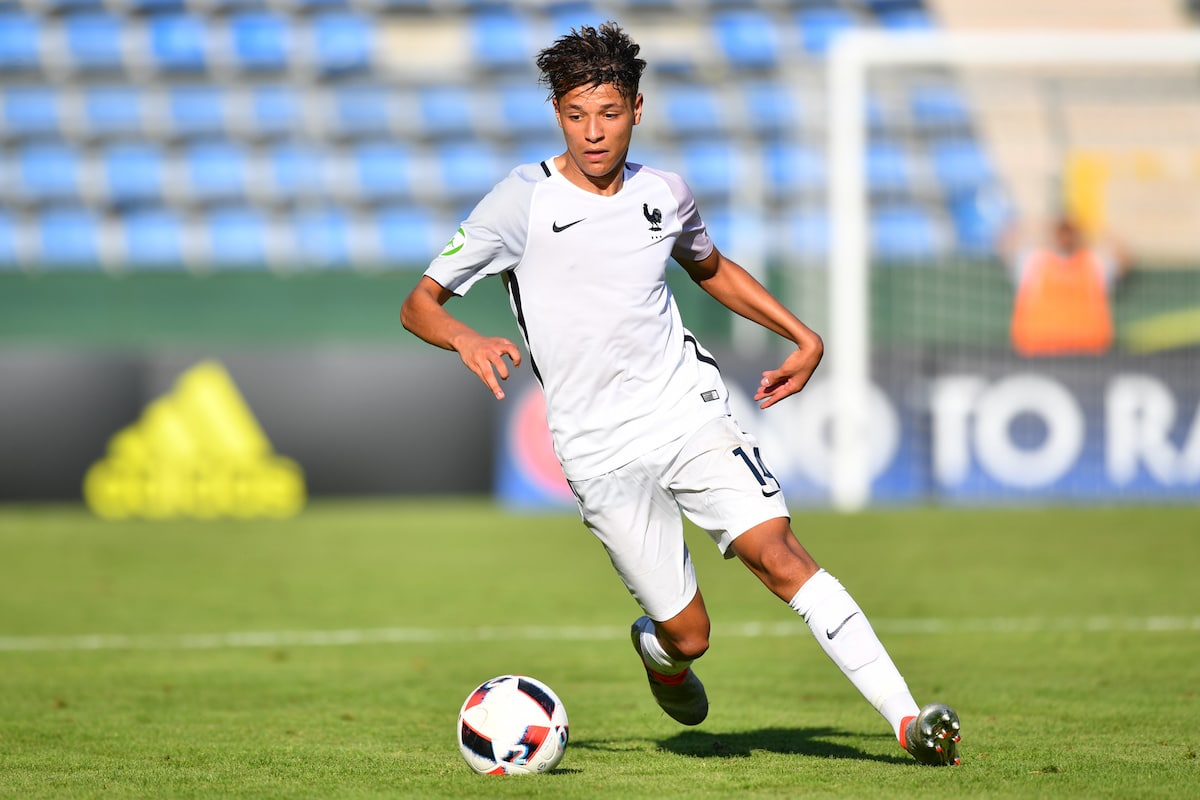 The 19-year-old is the wildcard on the list. The versatile Nantes midfielder is a bit of a chameleon in the sense he’s capable of playing anywhere across the midfield. He can play as part of midfield three, a midfield four and as part of an attacking midfield unit. His versatility is something that may suit Klopp.

It’s his debut season in first-team and he’s scored once in 18 Ligue 1 matches. Many look down on the French league but perhaps it’s time Liverpool went shopping there. Both N’Golo Kante and Idrissa Gueye are Ligue 1 exports and both have been able to carry over their form into the Premier League. There’s talent there and there’s a potential bargain or two.

He’s averaging 1.2 interceptions and 1.5 tackles – impressive given he’s played in a variety of roles. He completes 3.5 dribbles and his pass success rate stands at 82.6% from the 42 he attempts. He could well be an under the radar talent that Klopp develops into a world beater.

Keep up to date with the latest transfer news in our Transfer Live! blog