It isn’t normal for a Real Madrid player to want to leave the club before they’ve entered their prime. But then there’s nothing normal about Raphaël Varane.

The 25-year-old Frenchman has won everything as a player.

According to reports, he is weighing up a move away from the Spanish capital this summer. Speaking to Late Foot Club, IMG mogul and agent Bruno Satin had his say on speculation concerning the future of Real Madrid central defender Varane.

“I spoke recently with Anthony, Raphaël’s brother, so we discussed a little bit about the state of the market so to speak,

“So I think at this moment in his career he is having a profound reflection, I don’t think he has fully decided to leave Real Madrid, but he is thinking about it. Because he has won everything that you can at Real Madrid, because he feels like he has the feeling that he has done what was to be done over there, and there could be a new cycle. Aside from that, I have not spoken directly with Raphaël myself.”

A serial winner, Varane could well be the first £100million defender if he did leave the Santiago Bernabéu this summer. Virgil Van Dijk currently holds the title as world’s most expensive defender but it’s one he may soon have to relinquish if the Frenchman tells Madrid he wants to move.

With three years left on his deal and European pedigree that puts some of the world’s best to shame, Zinedine Zidane and Florentino Perez aren’t going to let him leave on the cheap.

With this in mind, we’ve taken a look at four possible destinations for the former Lens youngster.

If reports are to be believed, the Red Devils are long-term admirers of the France international. He was linked with a move to Old Trafford during José Mourinho’s first summer in charge but a bid failed to materialise.

According to recent reports, Ole Gunnar Solskjær's first signing as Man United boss is going to be a centre-back. They've been linked with Roma's Kostas Manalos and Benfica's Rúben Dias. However, if Varane is available it's almost a cert they'll be in the conversation.

The opportunity to link up with international teammate Paul Pogba could tempt the Real Madrid star and United, currently sitting in fifth position in the Premier League, are one of the few clubs in world football who could afford the Frenchman.

The Ligue 1 leaders are perhaps the only team in the world who could rival United in terms of a financial package. They may already have Thiago Silva, Marquinhos, Presnel Kimpembe and Thilo Kehrer on their books but the former is 35 years old this year and he can't go on forever.

Sooner rather than later, the French champions are going to have to replace the club legend. 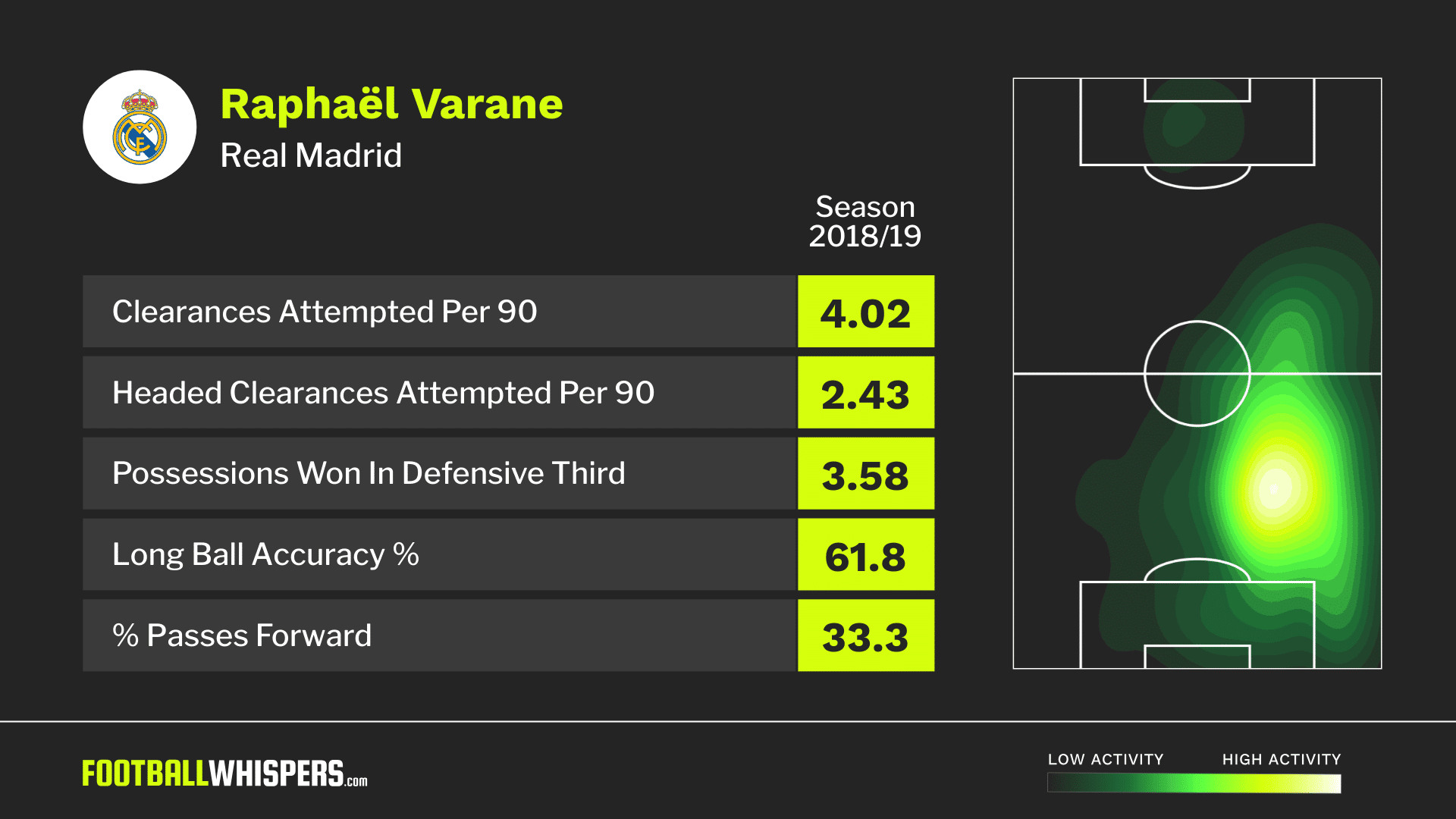 With Thomas Tuchel using Marquinhos in midfield from time to time this season, there could be justification to spend big to bring in the Frenchman.

A defensive partnership of Kimpembe and Varane is, on paper at least, well balanced. With Marquinhos shielding the backline from a midfield position, PSG might finally have the resiliency to reach the latter stages of the Champions League.

This one is a long shot, with it being highly unlikely the Reds would break their transfer record to land Varane, but if Jürgen Klopp does want to sign a long-term partner for Virgil van Dijk, it could well be an opportunity they can't pass up. 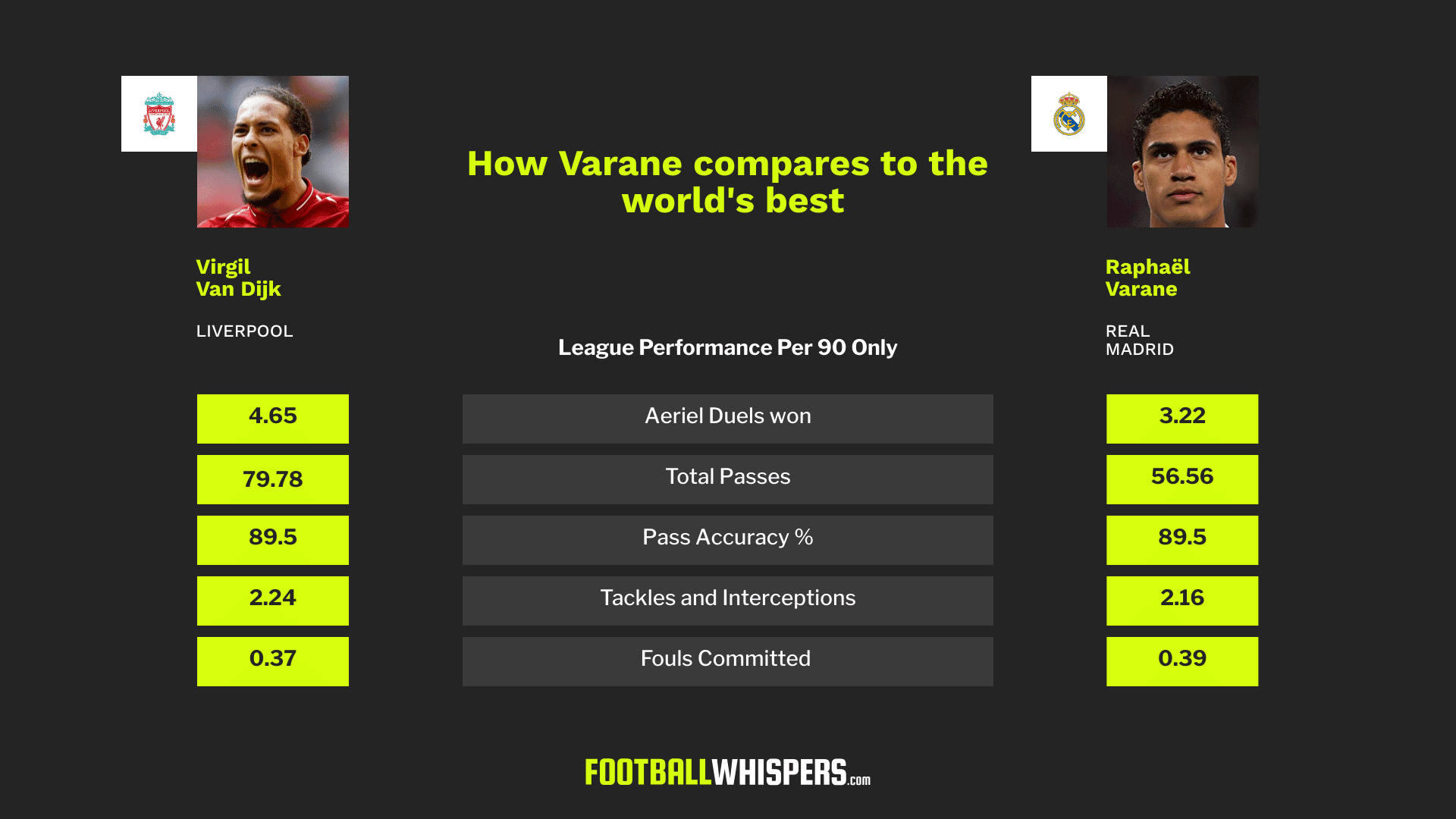 Liverpool are believed to be in the market for a centre-back this summer with injuries regularly depriving them of the services of Dejan Lovren, Joël Matip and Joe Gomez. Consistency is needed and Varane offers just that.

A partnership of Van Dijk and Varane would be a formidable one. As shown over recent seasons, FSG aren't afraid to back Klopp in the market.

The Blues may be facing a transfer ban but that isn't stopping them from making plans for the summer market. An appeal could postpone the ban and allow Chelsea to bring in reinforcements this summer, as recent links to Luka Jović have alluded to, and one of those could well be Varane.

With question marks hanging over the head of Antonio Rüdiger and David Luiz, a more reliable centre-back may be sought.

Varane has previously been linked with a move to Stamford Bridge and Real Madrid could use him in a deal to bring Eden Hazard to the Spanish capital.