Estádio Algarve will be the location for the international friendly between Portugal and Qatar. The two teams could not enter into the match with more of a contrasting form.

Portugal will be looking to make it four consecutive wins in all competitions. This would put them nicely going into the three consecutive rounds of World Cup qualifiers starting with the game against Luxembourg. Portugal already have a good lead in the group but the top spot is far from certain. Meanwhile, Qatar struggle against the top opposition and they were beaten 3-1 by Portugal in the recent game.

Portugal have kept just one clean sheet in the last five matches. It has been the problem for Portugal over the last few months. It is unlikely that the situation would change against a Qatar outfit who would already be believing about goals after scoring in the recent meeting back in September.

The recent friendly between Qatar and Portugal finished as a 3-1 game in favour of the latter. Even though Portugal do not have a problem when scoring goals – something that they have managed at over 2.5 goals in the last three games – they do find it difficult to defend. Qatar should be able to grab at least a consolation goal.

Top Betting Odds and Stats for Portugal vs Qatar

Portugal have not decided to skimp on the squad strength, as they have gone with a very strong squad. The squad even includes 37-year-old superstar Cristiano Ronaldo, while he is also accompanied by his Manchester United teammates like Bruno Fernandes. The strong squad is a sign that Portugal do want to take this game seriously. This match could see the debut for players like Rafael Leao and Diogo Costa.

Qatar boss Felix Sanchez does not have any major injury or fitness problems in his squad coming into the game. The result from this match could have a significant impact in the manner that the team approaches the upcoming games, which are a string of friendly matches until mid-November.

Questions about Portugal vs Qatar 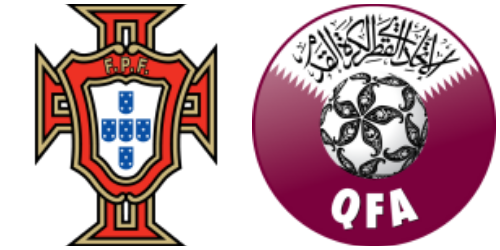 Where is the match scheduled? Estádio Algarve

Which team is the favourite to win? Portugal