Portugal to win to nil

North Macedonia have already shocked the world to make it this far with a win over Italy. Can they do it all over again as they face Portugal? Find out with our Portugal vs North Macedonia match preview with free tips, predictions and odds mentioned along the way.

Portugal to win to nil

We fancy Portugal to win this match and we fancy them to win it without conceding. So, the clean sheet element; Portugal have kept three clean sheets in their last five matches for starters and North Macedonia are hardly goal machines. They have blanked four times in their last 10 games  and, truth be known, it would have been more if they were facing opposition as good as Portugal. The other key thing to consider here is the fact their game plan will be to sit back and suffocate the match. They can try but Portugal have scored 12 goals across their last five games and are blessed with quality in the attacking third; that's why they'll get the win.

There has been loads of talk this week about Cristiano Ronaldo and the fact he might be on his way out. You'd think people might have learnt not to write him off by now. Not only does he deliver when doubted but CR7 is made for big games and, despite what people say, he's having a decent season.  He's got 18 goals in all comps for Man United and bagged six in eight for Portugal in qualifying.

Portugal vs North Macedonia: Let's look at the predicted lineups

When you’re talking about having a lot riding on a match they don’t come much bigger than this as a place at Qatar 2022 awaits the victor. Can Portugal deliver where reigning European Champions Italy failed?

Portugal arrive in this match as heavy favourites but it's for a legitimate reason; they're blatantly the better team. They've got superstar players though who can deal with pressure and after North Macedonia shocked Italy they'll be well prepared and not remotely complacent.

North Macedonia will be the neutrals pick here in many ways  but they'll have their work cut out. They have done superbly to reach this stage but the chances of another shock are slim to none. The North Macedonian's will believe though.

A quickfire FAQ on Portugal vs North Macedonia 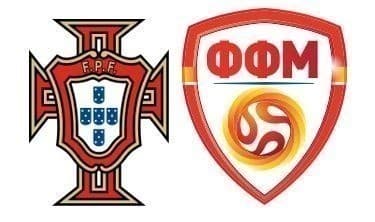