Portugal is a side filled with fantastic talents and will look to go as far as possible in the tournament. The Navigators took the tough road to qualify for the World Cup but they do have the talent to go far in the tournament. In this article, we will talk about the Portugal World Cup squad, their group fixtures, and the latest odds. 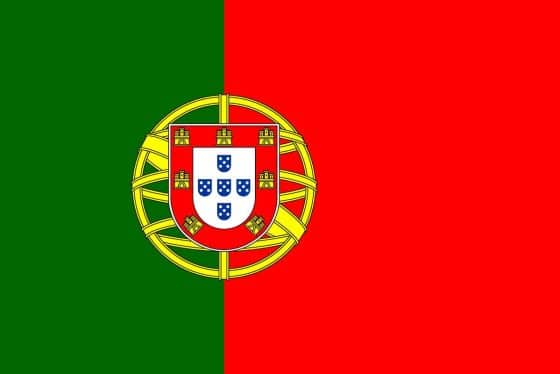 This might be the last World Cup dance for coach Fernando Santos as well as Portuguese superstar Cristiano Ronaldo. The “Golden Generation” of Portugal is slowly but surely fading away and time is running out. Even though they won the Euro Cup back in 2016 against favourites France, Portugal has done little when it comes to the World Cup. Even though the Portugal World Cup squad has a lot of talent, bookmakers don't put them among the favourites. They are currently backed at 14/1 (15.0) odds to win the World Cup. It makes sense that gambling operators don't believe in them, after all, Portugal took the long road to qualify for Qatar 2022.

After finishing second in their group, Portugal had to play extra fixtures to qualify for the World Cup. They went on to win against Turkey and Macedonia to clinch a spot for the finals tournament in Qatar. Having been drawn into Group H with Uruguay, Ghana, and South Korea, it won't be easy for Portugal to go through to the next phase. On paper, Portugal is the favourite to top this group but the World Cup is a place where surprises happen all the time. Ronaldo needs to lead this squad to the best of his abilities, just like he did back in 2016 when Portugal won the European Cup.

A real headache will be waiting for Santos when he has to decide on a goalkeeper for the World Cup. Rui Patricio (AS Roma) has been a standard choice for years but Jose Sa (Wolverhampton Wanderers) is having a fantastic season on a club level. The third choice was Diogo Costa (Porto), ahead of the young teammate Claudio Ramos (Porto). A lot of reports suggested that it might be Ramos between the goal-posts for Portugal's first fixture in Qatar, but he ultimately failed to get the call. 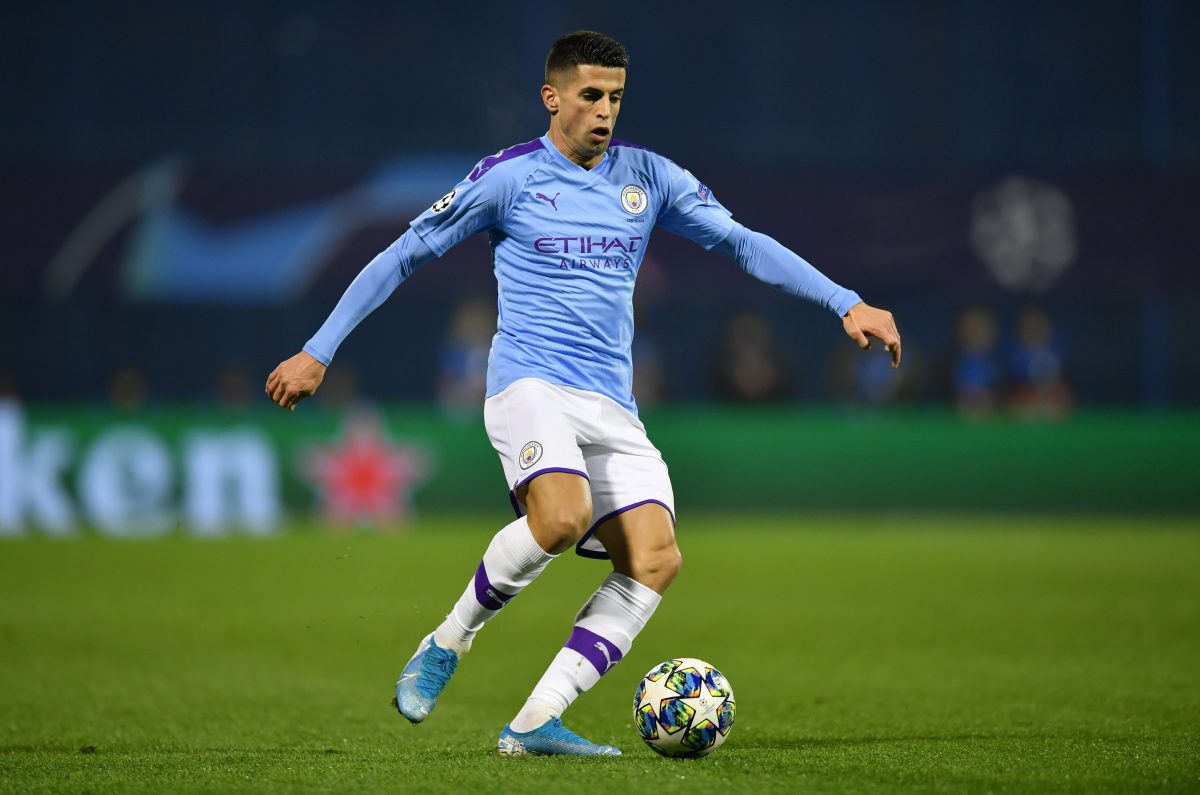 The Portugal World Cup squad has never had any problems when it comes to defenders. However, their star defensive player Pepe (Porto) is almost 40 years old. This will be his last World Cup and coach Santos needs to take full advantage of his experience. He will be joined by two of the best defenders in the world at the moment. Manchester City duo Ruben Dias and Joao Cancelo are a standard choice for Portugal. Nuno Mendes (PSG) usually completes the back four but there will be a lot of competition for Qatar 2022. Diogo Dalot (Manchester United), and Raphael Guerreiro (Borussia Dortmund) also made the cut, but not Nelson Semedo (Wolverhampton Wanderers) or Mario Rui (Napoli).

Cristiano Ronaldo (Manchester United) is once again summoned to defend his nation's colours. He is the player with the most international goals in the history of football. However, age is catching up to him and this will most likely be Ronaldo's last World Cup. Joao Felix (Atletico Madrid) and Rafael Leao (AC Milan) will join him in the attack. Diego Jota (Liverpool) and Pedro Neto (Wolverhampton Wanderers) are regular starters as well but they are going to miss the tournament due to injuries.

Here is the final list by Fernando Santos of the 26 players that will represent Portugal in Qatar:

Fernando Santos prefers to play with a 4-3-3 formation and we expect to see that at the World Cup. The most likely eleven for the first fixture in Qatar are as follows:

Since we are now familiar with the Portugal World Cup squad, it's time to look at their group-stage fixtures. The draw put Portugal in Group H together with Ghana, Uruguay, and South Korea. As things stand, they are favourites to finish first in the group. Bookmakers are backing them at 8/13 (1.61) odds to win the group. Regardless of that, Portugal is not among the favourites to lift the World Cup trophy. According to bookmakers, Portugal is well behind countries like Brazil, France, England, Argentina, Spain, and Germany. The odds for them winning the World Cup trophy are currently at 13/1 (14.0). The reason for this is simple, even though Portugal has a lot of talent in their squad, they haven't performed well in recent world cups.

We have to go back to 1966 to see the best result for Portugal in this tournament. They finished third in what was their debut World Cup appearance. Over the last 20 years, Portugal featured in five consecutive world cup tournaments. After finishing fourth back in 2006, their squad has been unable to go past the last 16 round. However, Portugal has Cristiano Ronaldo on their team. If he has a great tournament, his national team can go far in the tournament. At the moment of writing, Ronaldo is backed at 16/1 (17.0) odds to take home the Golden Boot trophy.

Despite their struggles to qualify, Portugal is a talented team. So, what can they actually do in Qatar? Let's take a closer look at some of our predictions.

Stage of Elimination - Round of 16

Stage of Elimination – Round of 16

After struggling to get to Qatar, Portugal has a tricky group, but they are the best team on paper and we expect them to go through. However, they will meet one of the teams from Group G in the Round of 16, most likely Serbia or Switzerland, and we can see them being eliminated in this stage.

While Ronaldo is far from his best and while he has struggled to even get some playing time at Manchester United, he is still the primary option up front for Portugal and he should be their top goalscorer in Qatar.

Portugal at the 2022 World Cup

While Lionel Messi and Neymar failed to get on the scoreboard, Cristiano Ronaldo made the most of the opportunity and slotted home from the penalty spot. With the goal, he becomes the only player in footballing history to score in five World Cup events. However, it was a second-half blitz from the Navigators that allowed them their bragging rights. After Andrew Ayez had scored, Joao Feliz and Rafael Leao scored twice in three minutes to make it 3-1. Osman Bukari did make it 3-2 in the 88th minute but the result of the fixture was already decided by then.

More of the same will be expected from the captain as they take on the challenge of Luis Suarez and Uruguay in their next group outing. Here is how Group H looks after one game:

When will we know the final Portugal World Cup squad? Coach Fernando Santos has announced his final squad of 26 players that will travel to Qatar.

What kind of World Cup record does Portugal have? In their debut appearance at the World Cup in 1966, Portugal finished third, led by the great Eusebio. Since then, they managed to finish fourth in 2006 but in all other editions, Portugal failed to go further than the last 16 phase.

Are there any notable awards in the squad? Back in 1966 when Portugal finished third, their attacker Eusebio scored 9 goals and won the Golden Boot award.

Predictions for Portugal at the World Cup? This might be the last chance for Ronaldo and company to manage a great result at the World Cup. We expect them to top Group H and make it at least to the quarter-finals. 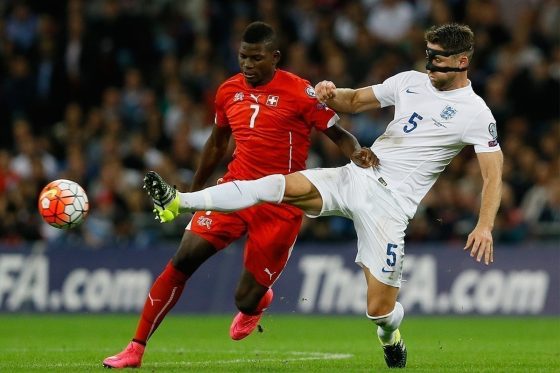