Another interesting match in Group B of the Champions League is the Porto vs AC Milan duel. With that in mind, we have prepared a detailed preview of this game for you, along with some free betting tips.

If you are looking for the Champions League betting tips, you've come to the right place:

Porto and AC Milan to Draw

This is perhaps the most interesting group in this year's champions league since all teams have been great this season in their domestic leagues, including Porto and AC Milan. So, with both teams in great form, we can see this game ending in a draw. While we consider AC Milan to be the better team, they have some injury problems at the moment and Porto is playing at home, so a draw sounds like the most reasonable outcome.

AC Milan to Lead at Half Time

While Milan lost both of their Champions League games, they lead at half time in both of them. Unfortunately for them, they weren't able to hold on to the lead and we can see this happening again in Porto, especially since Milan has serious injury problems and keeping up the highest level of football for the whole game takes a lot of energy.

The latest odds and helpful stats for Porto vs AC Milan

If you want to bet on the top Porto vs AC Milan odds, check our selection of odds for this match taken from the best betting sites:

The fans of the Portuguese club were probably concerned right after the draw for this edition of the Champions League was over and they were placed in a group with Milan, Liverpool, and Atletico Madrid. Probably, and rightfully so. Porto started the competition well, with a draw in Madrid, but then they were demolished by Liverpool 5-1. The game against AC Milan is a must win for the team that's without a loss in their domestic league, with six wins and two draws. The only injured player at the club is Esteves.

After many years of mediocrity, AC Milan is finally back at the biggest European stage and they are doing great in Serie A at the moment, with seven wins and one draw in the first eight matches. However, the team started their Champions League campaign with a couple of losses against Liverpool and Atletico Madrid, despite leading at half time in both games. The team is also plagued by injuries, while Franck Kessie will miss the upcoming match to serve a suspension.

The frequent questions for Porto vs AC Milan 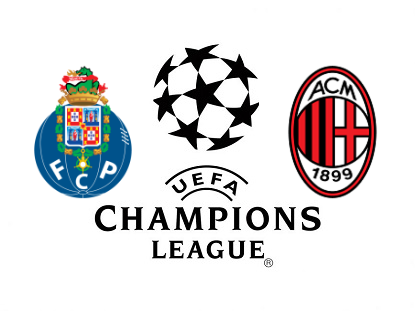