League Two side Port Vale might have the home advantage in the FA Cup this weekend but they remain the underdogs as they welcome Premier League opposition to Vale Park. Brentford would welcome a good run in the cup this season seeing as they look good enough to avoid a relegation battle in their first Premier League campaign but we expect the visitors to make some changes to their usual starting eleven.

Brentford have won four of their last five meetings with Port Vale, though, the pair last locked horns in 2014 when both were plying their trade in League One. The Bees have kept clean sheets in each of their last three wins against Vale and we're expecting the gulf between the two squads to be evident this weekend. Vale lost their last game against Newport and Brentford head into this 3rd Round tie on the back of an impressive 2-1 win over Aston Villa. The visitors don't let in many goals and haven't conceded more than 2-goals in any of their last eight outings, so should be able to deal with whatever Port Vale throws at them.

We're not expecting there to be many goals in this game as the hosts are missing some of their key attacking players and likewise Brentford have injuries of their own to deal with. Under 2.5 goals have been scored in three of Port Vale's and three of Brentford's last six outings in all competitions.

Everything you need to know ahead of Port Vale vs Brentford

Brentford face League Two opposition in the 3rd Round

Port Vale got off to a decent start away at Newport last time out, taking the lead in the 25th-minute through Garrity. However, this proved to be a false dawn for the away side as Newport scored twice in the second forty-five to win the game 2-1. Despite that setback, Vale sit 6th in the League Two table and still have a great chance of returning to the third tier via the play-off or even automatic promotion if they can put together a good run from now until the end of the campaign.

Brentford went behind early on at home to Aston Villa and probably feared the worst. However, Wissa equalised just before the break and that seemed to galvanise the Bees to put on a better performance in the second half. Rasmussen put Brentford 2-1 up with 7-minutes left on the clock and the hosts held firm to secure all 3pts.

Port Vale: Worrall, Taylor, Wilson, Rodney and Proctor have all either been ruled out

Port Vale vs Brentford: Your Questions 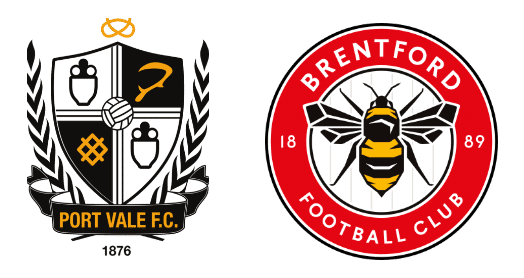