Being a back-up goalkeeper can be a lonely and dispiriting existence. They're an interesting bunch, somewhat adrift from the action on the field, knowing full well that they have no chance of being summoned by their manager unless the first-choice stopper suffers an injury.

It also doesn't help when you have a remarkably consistent goalkeeper in front of you. Take Sergio Romero at Manchester United, who can only dream of getting a look in if David de Gea breaks something. Or Claudio Bravo, who has been demoted to second-choice following the impressive Ederson's world-record move to Manchester City.

When they are called upon, it can be difficult to adapt immediately, but one shining example has been Nick Pope at Burnley. Understandably behind the excellent Tom Heaton in Sean Dyche's pecking order, Pope was suddenly called into action when the England international dislocated his shoulder against Crystal Palace in September.

In fact, such has been Pope's steady, commanding displays between the sticks for the Clarets, Heaton may find that his passage back to the first-team won't be as serene and guaranteed as first assumed.

Pope signed from Charlton Athletic in 2016 but had to be content with life as Dyche's third-choice in his debut campaign. He didn't make a single appearance in the Premier League and, while he did turn out four times in the cups, the plaudits he is currently receiving were surely beyond his wildest imagination.

After Heaton landed awkwardly after collecting a Chung-Yong Lee cross against Palace, Pope was thrust into the firing line in the 36th minute. The 25-year-old became the unlikely hero of the afternoon, helping to preserve Burnley's lead and keep a clean sheet by denying Christian Benteke in a late one-on-one, while also saving shots from Yohan Cabaye and Andros Townsend.

Since then, he has proceeded to keep four clean sheets in eight appearances and was the hero once again in last weekend's win at Southampton, making a string of quality stops as Burnley clinched another three points on the road.

Not only has Pope impressed as an able deputy for Heaton, the 6ft 3in stopper is leading many to ask if he is actually better than the former Manchester United man.

His shot-saving ability and assertive presence in claiming crosses have belied his inexperience at an elite level and it will come as an immense relief to Dyche that he has slotted in so seamlessly behind a seemingly unalterable back-four of Matthew Lowton, James Tarkowski, Ben Mee and Stephen Ward. So much so, in fact, that he was included in WhoScored's team of the month for October, a glowing reflection of his contributions recently.

Heaton had 4.02 saves per game in the league last season, while Pope is averaging 4.6 at the moment. Burnley, as a defensively-minded team who don't enjoy much possession and concede lots of shots, need their goalkeepers to be razor-sharp and Pope has clearly been impeccably drilled on the training ground.

Since coming into the starting XI he's kept six clean sheets in nine matches with only Liverpool, Manchester City and West Ham United managing to find a way past him. Looking at expected goals against (xGA), Pope should have conceded 10.9 in his matches but has conceded just the five, meaning his xGA is -5.9, the best in the Premier League.

Pit him against the current keepers in contention for England, and he comes off well, beating Jack Butland's xG prevented of -5.7 and Jordan Pickford's -3.7. In terms of statistics, Pope is the highest-rated goalkeeper available to England right now and, according to WhoScored, he should be in the team behind fellow Claret Mee. 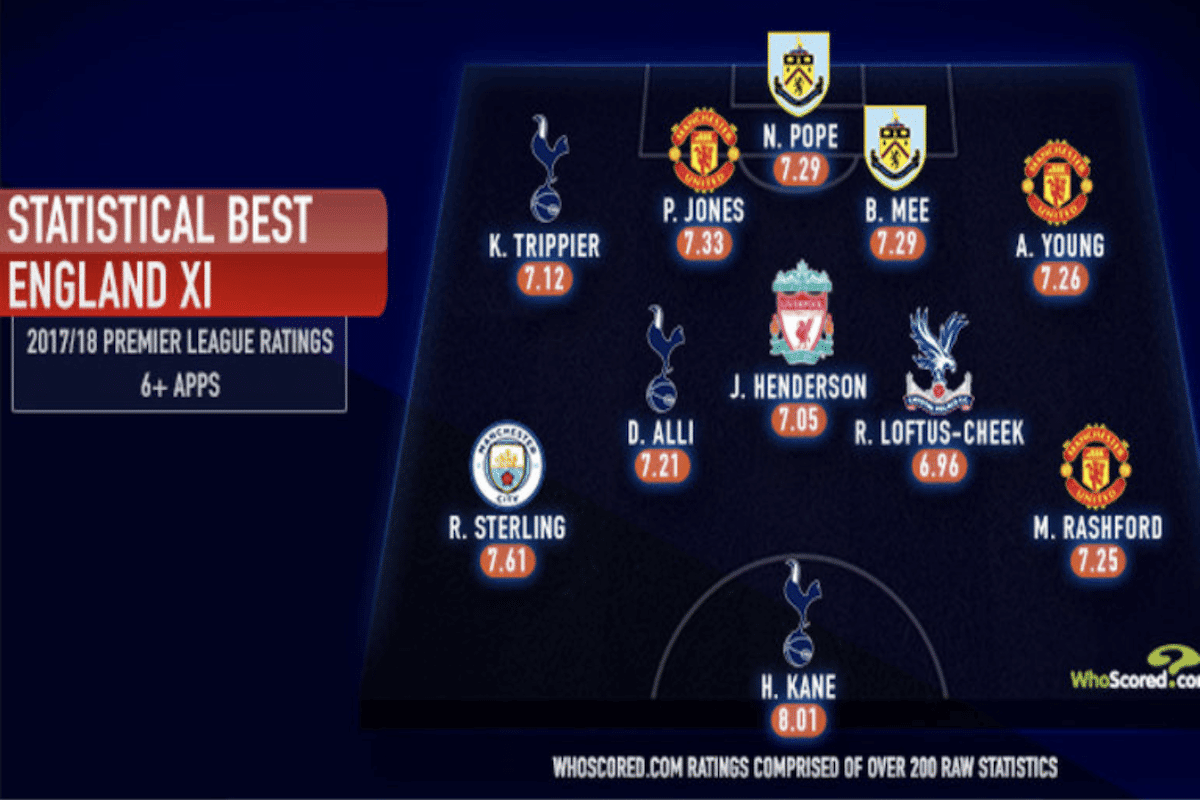 Continue in the same manner, and Gareth Southgate will have little choice but to reward him with a call-up to the international stage, which would complete a fairytale turnaround for a keeper who was let go by Ipswich Town and earned his stripes at non-league clubs Harrow Borough and Welling United.

Adding to that, Pope currently has the highest save percentage of any goalkeeper in the league with 88.1 per cent, beating de Gea's 86.5. It's a remarkable indication of the level at which Pope has been operating and, like several of his teammates, Dyche will be hoping that it continues as the club targets their highest finish in the Premier League.