This time last month Leeds United seemed assured of a play-off place, sitting fourth with a seven and eight point advantage over Sheffield Wednesday and Fulham respectively. However, just four points from five matches since has seen the Whites drop out of the top six, now at real risk of missing out on an opportunity to return to the promised land.

In turn they risk losing the players that have seen Garry Monk's men enjoy their best campaign in years, and while the likes of top scorer Chris Wood and sought-after Charlie Taylor could be tempted to move on, there's another prized asset that the fans in particular will be desperate to keep hold of.

Pontus Jansson arrived on loan from Torino in the summer and his committed and dominant displays at the back instantly won over the Leeds faithful. The Swede has become something of a cult hero at Elland Road, so when it was finally confirmed that the centre-back had made his move permanent earlier this year, everyone at the club was understandably overjoyed.

It's not been such a smooth ride for the 26-year old since, however, having had a disagreement with Monk that saw him dropped for a crucial match against Brighton last month, with the manager keeping his cards close to his chest after an impressive 2-0 win. Jansson's omission was essentially put down to the fact that his principles didn't align with those of Monk in the run up to the match, with the vague reasoning unsurprisingly arousing suspicion among the support.

The defender is now back in the team but did sit out of another big game against Reading, and with all not quite as rosey as it once was, reports have since suggested that Jansson's stay in Yorkshire could be as brief as one season if Leeds fail in their promotion bid. Indeed, the player's agent Martin Dahlin has said this week: “He has set his sights on playing in the Premier League next season, that much I can say.”

Such a quick departure would potentially only make the Sweden international's iconic status even greater.

Southampton have been touted with an interest this summer, perhaps looking for a physical presence that could fill the boots of Virgil van Dijk should he be prized away from the south coast, and Premier League interest should come as no shock. 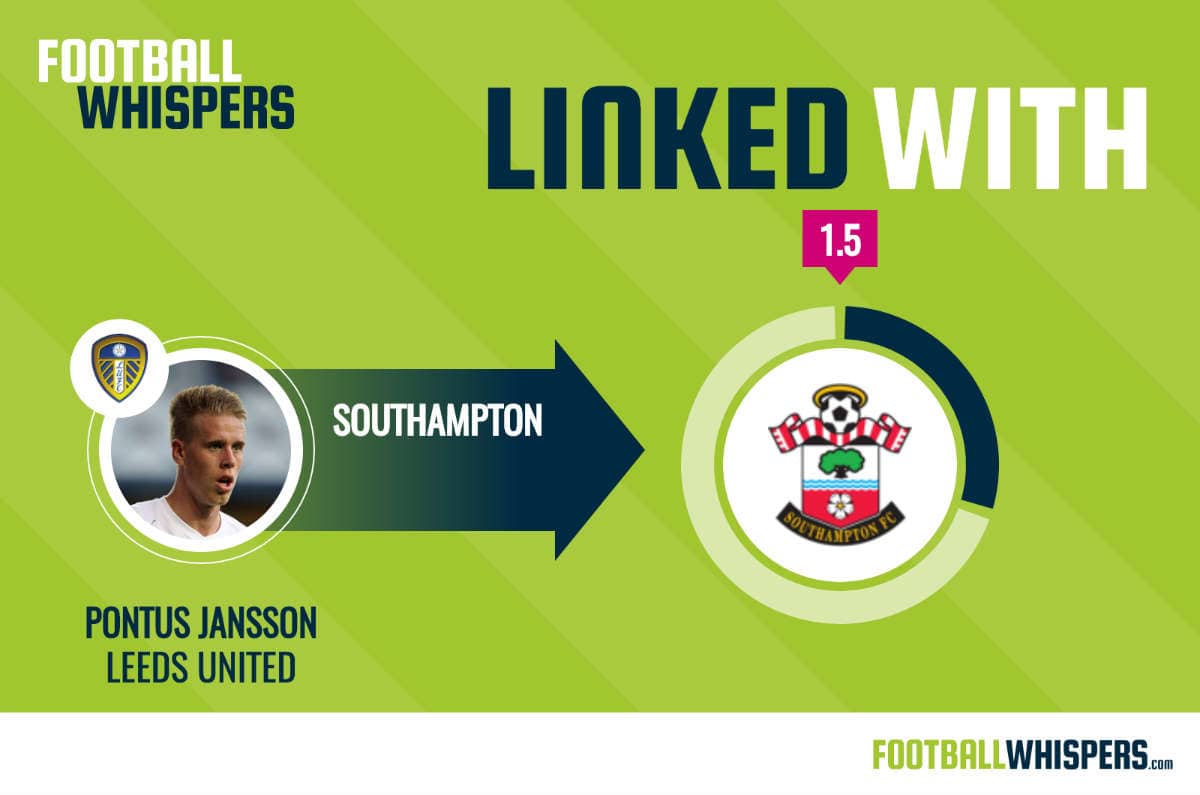 Jansson has, after all, been one of the most consistent and commanding centre-backs in England's second tier, earning Leeds' highest statistical rating from WhoScored.com and the third best in the entire division (7.60).

As the star man in a defence that has only shipped more goals than the top two this season (41), many felt he was harshly overlooked in the PFA Championship team of the year announced this week.

His statistics certainly stand out as a defender that fans are always likely to appreciate, ranking second in the league for blocks per game (1.3) and fourth for clearances (10.2), putting his body on the line time and again. Such heroics inspired a chant that boasts Jansson would head a brick for the team if it came his way, and his determination to rise above the opposition has also helped the defender to 3 goals this season.

The same competitive spirit has seen Jansson pick up a league high of 13 yellow cards, but to discourage that side of his game would be detrimental. He's a winner, that's why the fans love him, and occasionally that passion will spill over into ill-discipline. It's a relatively small price to play and perhaps the only real blemish to an otherwise impressive skill set.

An 85.4% pass accuracy is comfortably the best for Leeds and points towards the composure of a player that has more to him than just the bulldog spirit English football so reveres. An average of 0.6 successful dribbles per game – the third highest of any centre half in the league – further highlights just how competent Jansson is with the ball at his feet.

It's those sort of qualities that will perhaps attract top-flight suitors even more than the fight that has seen him earn a cult following in Yorkshire. It's more and more likely that regardless of Leeds' finish this season, their star centre-back will be a Premier League player. The fans will of course be desperate that it's at Elland Road. There will be plenty of clubs willing to give Jansson that chance otherwise after all.

LOVE FOOTBALL WHISPERS? FOLLOW US ON TWITTER TO KEEP UP TO DATE WITH ALL THE LATEST TRANSFER RUMOURS