The first game in the upcoming Copa del Rey round is the Ponferradina vs Espanyol duel, so let's take a closer look at this match and what we can expect from it.

Our free Ponferradina vs Espanyol betting tips and picks

If you are unsure what is the right bet for Ponferradina vs Espanyol, check our top betting predictions for this duel:

While Ponferradina is doing well in La Liga 2 this season and they could end up in La Liga next season either directly or through the playoffs, they are still the weaker team compared to Espanyol.

In addition to this, Espanyol is having a great season and they will enter this game after an impressive away win over Valencia. So, our prediction is for Espanyol to beat Ponferradina, just like they did in their last two encounters.

Ponferradina and Espanyol to Draw at Half Time

We do expect Espanyol to win this game, but it certainly won't be an easy task. After all, this is a cup game and Espanyol is not going to put out their best team at this stage, especially now when most teams are depleted by coronavirus.

With that in mind, we can see the two teams being tied at half time and the match being decided in the second half, probably by one goal.

The latest odds and stats for Ponferradina vs Espanyol

If you are looking for the best Copa del Rey odds, including the odds for Ponferradina vs Espanyol, you can find them right here:

The two teams that played in the same league last season will now only meet in the Spanish cup, but this could be an interesting duel. So, let's check the teams out in more detail:

With three wins, two draws, and just one loss in the last six games in La Liga 2, Ponferradina is clearly in good form at the moment. Overall, the team has 37 points from 22 games and they are fifth in the standings at the moment. If they can stay in the same spot, they will play in the playoffs for a place in La Liga next season.

Luckily, the team doesn't have any personnel issues at the moment – no injuries and no coronavirus cases. That doesn't mean that we won't see some changes in the starting lineup compared to the team's league matches since this is a cup game.

This has been a very successful season for Espanyol so far since the team is doing very well in La Liga. After all, the team finished the first half of the season in the top half of the standings, despite the fact that they have only gained promotion this season. In any case, Espanyol is in good form and they have three wins and three losses in the last six league games.

It's hard to predict exactly how Espanyol's starting lineup will look in this game since this is a cup game and since Espanyol has a few players out with COVID. Still, their team should look something like this:

The most usual questions for Ponferradina vs Espanyol 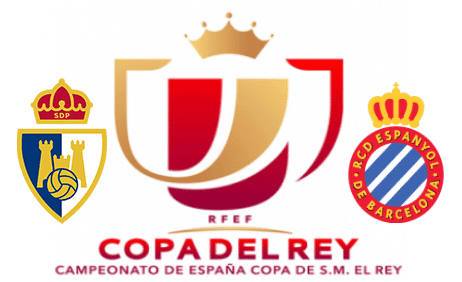