Both Poland and Russia will be thinking they could put a little Euros run together if things fall nicely into place; they'll need to change their fortunes though as recent form hasn't been great. Will either side grab a win here? Find out with our Poland vs Russia match preview with free tips, predictions and odds mentioned along the way.

Poland might have only won one of their last five matches compared with Russia's two victories in the same time period but they've faced much tougher opposition and haven't been disgraced in any match; the same cannot be said for Russia though as they were tonked 5-0 by Serbia back in November. The longer term form of 10 games perhaps gives a clearer indication where these two sides are really at; Poland have lost only three games whilst Russia have managed to win just three. We're not making the prediction of a landslide but the Poles should have enough to get the win.

Neither of these nations have been in sparkling form in respect of winning games so our first prediction could be seen as carrying a small amount of risk. Backing both teams to score shouldn't be too much of a worry though. Poland have seen both sides score in three of their last five games whilst Russia's last five fixtures have seen that occur four times including in the last three. Finally, you can throw in the fact that the last two meetings between the sides have ended with both teams notching.

Our previous tip has touched on the fact that goals haven't necessarily been hard to come by for either side; for Poland Robert Lewandowski is a mammoth part of that with three goals in his last two international appearances. His club form has been rather impressive as well; the Bayern Munich man hit 48 goals across the most recent campaign and ended the season with six goals in his last four matches after his return to fitness. If he plays against Russia, he'll carry an enormous threat.

A friendly game where the focus is on bigger things

Both of these sides have qualified for the Euros but neither are in great form, which is something they'll need to change before the competitive games arrive. The good news for both Poland and Russia is that they have a player leading their line that knows where the goals is; Robert Lewandowski for Poland and Artem Dzyuba for Russia. 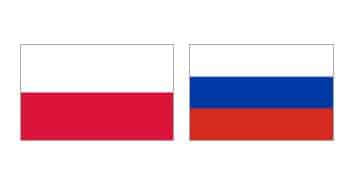