After three consecutive victories, Poland will host Hungary for their next and the last engagement of the First Round of WC Qualifiers. The Eagles advanced to the next round of qualifiers while Hungary got eliminated from the World Cup 2022.

Here are our predictions for Poland vs Hungary.

Poland vs Hungary to Win

Poland are unbeaten in the last six games and have claimed four wins with two draws. On the other end, Hungary has been able to manage two wins in the last ten attempts. The visiting side enters the game on the back of a win but their hosts have clearly better performance in the recent matches. Two of the last five H2Hs between the teams have gone for Poland while Magyars succeeded in one, the remaining two being a draw. Given all these stats, the Eagles are expected to extend their winning streak in this match.

Goals have flowed in the recent matches of Poland that have hit the back of the net 18 times in the last five attempts. Hungary also scored four goals in their last match and have seven goals in the previous five games. Three of the last four H2Hs between the teams have witnessed over 2.5 goals. So all these stats are pointing out a high-scoring output again in this match.

Three of the last four H2Hs have displayed both teams on the scoreboard. Hungary didn’t score in two of their last five games but Poland’s attacking line has shown great consistency that is scoring in every match. Adding more, Magyars have been able to score in four of the last five away games. In our estimation, this game will follow the BTTS outcome but the home side will be able to restrict their rivals to take the lead.

Poland vs Hungary: Check out the best odds and the latest stats

Match Preview of Poland vs Hungary: Lewandowski and co. await the Magyars

The Eagles booked their place in the next round of WC Qualifiers with the last win against Andorra where they took the lead of 1-4. They have won six out of nine games of the group stage so far and secured the second position in their group. The front line of Poland has been prime, having scored at least four goals in four of the last six games.

Magyars got an easy win in their last match against San Marino as 4-0 but was not enough to keep them in the race of the World Cup in Qatar. They have got the fourth position in Group I with the help of four wins and two draws. National Eleven has two wins in the last five games along with two draws and one defeat.

Questions About Poland vs Hungary 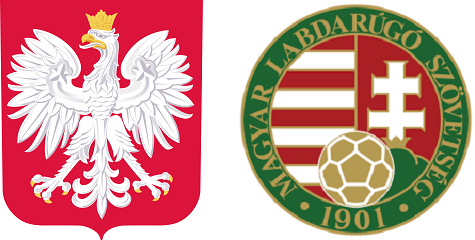 Where is the game being televised? DAZN Deutsch and Sky Sports (UK).

Who are the players to watch out for? Robert Lewandowski (Poland) and Adam Szalai (Hungary).

Where is the game being played? PGE Narodowy (Warsaw).