It was around this time last year Louis van Gaal's successor at Old Trafford.

Certainly, it is hard to imagine the subject of taking charge at United did not come up, particularly given Ferguson only three months earlier had supposedly described Pochettino as the finest manager in the division.

Twelve months on, the match would appear to have been even better suited. Then, Pochettino had enjoyed only one successful season at Spurs and suspicions remained that his team's surprise title challenge might prove merely a flash in the pan.

Now, Pochettino's reputation is further established, his faith in young, British players entrenched, his character more confident and and his belief in breathless, attacking football intact.

They are the three strings Ferguson once plucked to his heart's content, of course, and as a weakened United side travel to Tottenham on Sunday with their prospects fading of finishing fourth, the Scot could be forgiven for wondering if his lunch meeting should have been more persuasive. 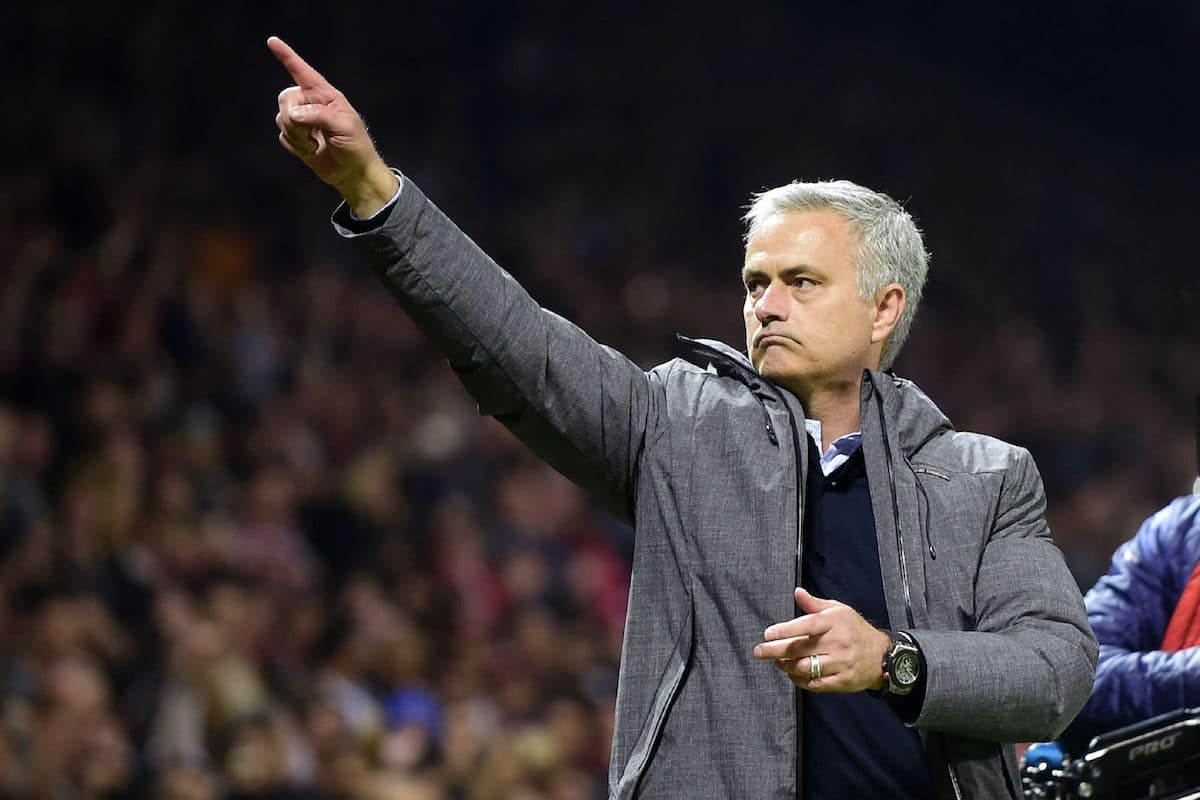 But then for United, José Mourinho always was a point of pragmatism rather than principle.

Even in this most scratchy of seasons, he already has one major title to his name and could hoist a second in the Europa League before the campaign is out. It would take his managerial trophy-tally to 25 as Pochettino is still seeking his first.

In fact, when the pair face off this weekend for the last match at White Hart Lane, they each do so on the cusp of a new phase of their careers.

Mourinho, eager to usher in the Third Stage of José, has to prove he is still the special one, the battle-hardened one but also now the stable one, capable too of creating a team more sustainable and more likeable than before. 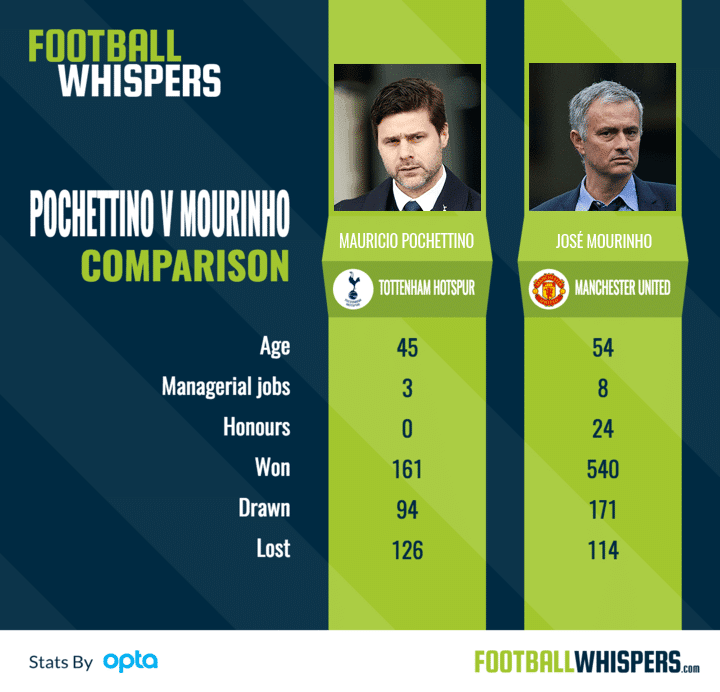 And Pochettino, for his part, is looking to step into his own Second Age. This Tottenham team is sustainable – Kyle Walker aside, there is little chance of any star players leaving this summer – and likeable – his young squad have arguably been the easiest on the eye in the league this term – but, unlike Mourinho's, they are yet to be successful.

If Mourinho could learn a thing or two from Pochettino's romantic principles, Pochettino would do well to assume a degree of Mourinho's pragmatic edge.

It might mean, for example, Pochettino straying from the young, impressionable and hard-working signings this summer and instead luring one past his prime, even uncompromising, but a proven winner that could take his team-mates to a different level.

When Tottenham were treading water in the Champions League last autumn, a figurehead with experience of elite European competition would surely have eased the strain.

Mourinho snatched Zlatan Ibrahimović as much for his charisma as his ability, just as he once brought Didier Drogba back to Chelsea, signed a 29-year-old Michael Ballack in his first stint at Stamford Bridge and took the 31-year-old Lúcio to Inter Milan.

Ferguson too knew the value of short-term thinking. He was not above buying Laurent Blanc, Edwin van der Sar, Henrik Larsson and Michael Owen when all were considered past their best. Robin van Persie shone for only a single season but still delivered United the league.

There is a tactical element to it too. Mourinho has been criticised this term for the damning statistic that United are yet to win, or even score, in any of their away games against the top six.

He always leans towards stultifying his most dangerous opponents first but simultaneously there are few coaches to have commanded greater respect in winning the matches that matter. 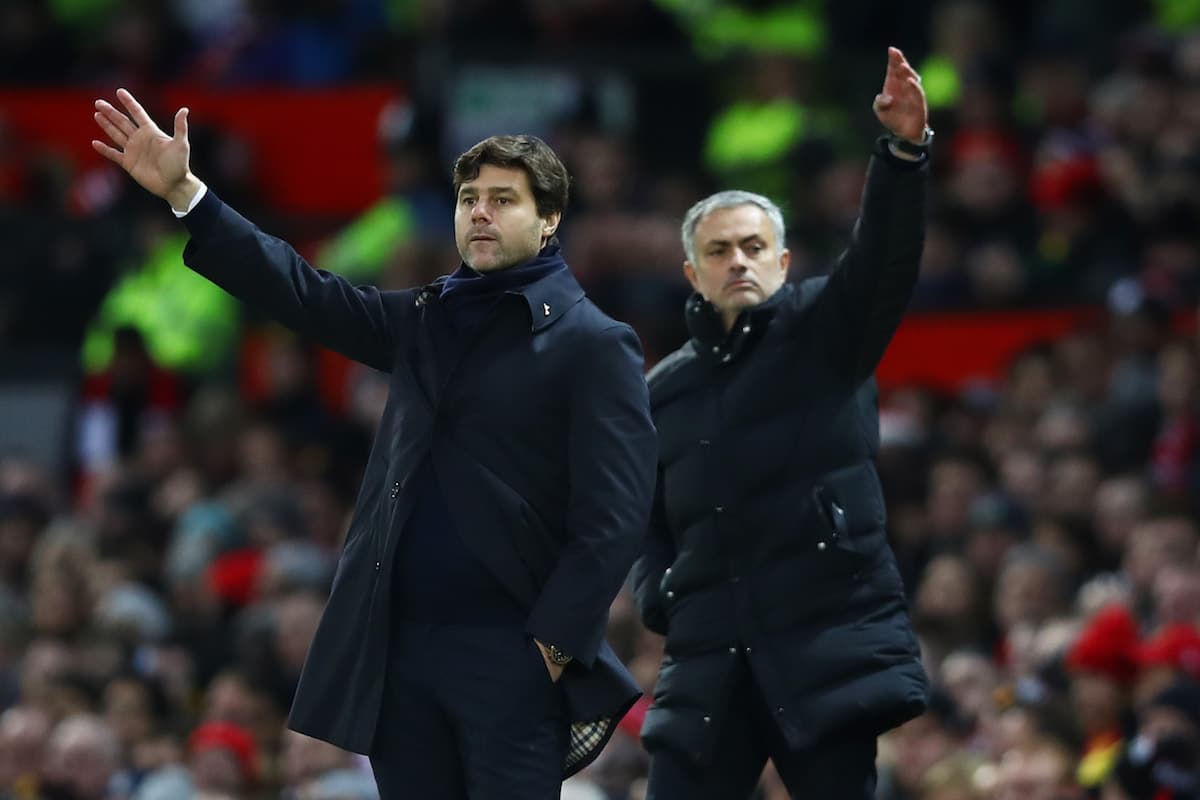 Pochettino's Tottenham are more daring, dynamic and determined that their high-octane, swashbuckling style will prevail no matter where or who the opposition, but at times it is an approach that has left them vulnerable.

They have been imperious this season on their home patch but failed to win any of their six matches on the road against the top seven. They were also beaten in the EFL Cup by Liverpool at Anfield and in the FA Cup by Chelsea at Wembley.

Combine that with their struggles against tactically astute opposition in the Champions League and a picture emerges of a team unable to change colour when different predators approach.

Mourinho's place as one of the game's most successful managers is already secured. But he will never be considered in the class of Ferguson until he adopts some of his more predecessor's more lasting principles.

Pochettino has those in spades but still little to show for it and he may have to concede to a certain degree of pragmatism if he is to fulfil his undoubted potential.

When they shake hands on Sunday both managers, at this crucial juncture in their careers, might do better with a touch of the other.